Ethical funds are booming but there are obstacles to momentum 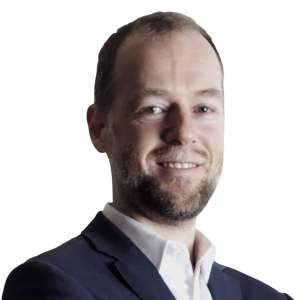 It looks as if 2020 will be another year of outperformance for ESG funds — those focused on investments with a positive environmental (E) or social (S) impact, and companies with a record of good governance (G). Some conclude that we are in the early stages of a “momentum trade” that favours sustainable investments.

Philipp Hildebrand, former head of the Swiss central bank and now vice-chairman of investment manager BlackRock, predicted as much at the start of the year when he said the huge quantities of money coming into ESG funds would push up the prices of the investments they own. The message: Get in now while the ESG train is still picking up steam.

It is a seductive idea, especially in an era when longtime activist investors such as Chris Hohn in the UK and Jeff Ubben in the US have shifted their focus to the area. Hohn has been pressing companies to do more to tackle climate change, while Ubben, who left his hedge fund ValueAct to found a new ESG-focused asset manager, is sniffing the wind.

Money invested in ESG funds jumped from barely $300bn in 2011 to close to $900bn last year, says BlackRock, citing IMF data. Morningstar pegged the $1tn milestone as having been passed in the second quarter of 2020.

In Europe, where regulators are giving the movement a push, ESG funds could outnumber traditional funds as soon as 2025, according to one startling prediction from PwC. Could this mean the outperformance of ESG funds is preordained? Morningstar, tracking such funds in the US, found that in every year since 2015, a majority beat their respective markets. That was the case again in the first nine months of this year. ESG funds tend to be focused on the tech sector, which has been the big winner this year, but that does not seem to fully explain the outperformance.

According to a study by the World Resources Institute, a Washington think-tank, the stocks that are picked by ESG funds seem to be beating the market, raising the prospect that Hildebrand’s predicted “sustainability premia” are creeping into share prices. There are problems with this theory, and not just that, with equity markets worth $70tn globally and about $130tn in bonds, it is too early to expect ESG fund inflows to be large enough to move markets.

A momentum trade in ESG stocks, where investors buy shares they think will continue rising, seems unlikely while there is such disagreement over what constitutes an ESG investment. In this respect, matters are getting worse. As the number of funds has risen, so too has the number of indices and scoring systems purporting to identify companies with positive, or relatively positive, ESG performance. A study this year by academics in Geneva found very little correlation between stocks favoured by different environmental and social ratings providers (and basically no correlation at all between those given high governance scores).

You know things are bad when there is a Twitter account parodying the standards setters. “My standards bring all the boys to the yard. And they’re like, it’s better than yours,” reads a tweet from @makeESGgreat.

Wildly complex or subjective rules can lead to a lot of chopping and changing even within an ESG index, further disrupting the possibility of a momentum trade. The S&P 500 ESG index is trying to maintain a sectoral balance similar to the wider market, as well as weighting for ESG scores, and it also reviews corporate “controversies” — such as a labour dispute or a human rights issue that appears in the news — after which a stock may be kicked out for a year. It eliminated thermal coal producers recently, adding them to the list of no-go sectors along with tobacco and some weapons manufacturers.

That leads to a third problem for an ESG momentum trade. If the cancel culture that did for thermal coal takes out other constituents, funds may end up missing out on some of the investments that could drive their returns the most. Ubben at least is trying to avoid that, by explicitly planning to consider companies in fossil fuels and for-profit education, for example. “By virtue of being incumbents and thus being perceived as part of the problem, so-called ‘legacy’ companies show the greatest potential to become part of the solution and to be revalued,” his firm’s mission statement says.

None of which is to say aligning an investment portfolio with your social and environmental goals is not a good idea. Just don’t expect the momentum behind ESG investing to put any more wind behind your sails.