Lesser-trod wine regions to explore, from Baja California to the Azores – via Morocco, Slovenia and Norfolk

When Mexicans want their own Napa (or Hunter, or Walla Walla) Valley experience, they know to head to Baja California: it’s where the Valle de Guadalupe, north of Ensenada and long a semi-secret vineyard haven, has blossomed into a destination with all the expected wine-region-adjacent pleasures: boutique hotels, tasting rooms and good restaurants. From Pinot Blanc to Sangiovese, the varietals deliver quality wines – you can sample them at established producers such as Hacienda La Lomita, Monte Xanic and Santo Tomás (founded in 1888, it’s the oldest in the area, and produces a fine Cabernet Sauvignon). But they’re cultivated in surroundings that have little to do with twee rolling hills and faux-chateau outbuildings: severe, dry and remote, the landscapes are more Y Tu Mamá También (or A Fistful of Dollars) than Under the Tuscan Sun.

Stay: Bruma is the Valle de Guadalupe’s finest – a contemporary winery with slick tasting rooms, an eight-room boutique B&B at the edge of the vineyards, and a smattering of guest villas overlooking their own biodynamic pond. The encaustic tiles, hand-carved wood furniture and bath amenities are all produced locally. Spare a (long) lunch hour for Fauna, its excellent modern restaurant. bruma.mx

Because you also visit wine country – wherever it is – for a convivial atmosphere and delicious food, Goriška Brda should make the cut. It’s the best known of the wine regions in Slovenia, which itself is emerging as one of Europe’s buzziest wine destinations. The rolling hills and pretty stone towns recall aspects of some of the regions in Italy – no surprise, as Friuli’s charming Collio is just across the border. Brda is known primarily for its whites, and among these, rebula (ribolla gialla) and the Tokai-like friulano; fans of abundant skin-contact orange wines, this will be your happy place. It’s eminently explorable by car, with numerous homey restaurants on village squares, and a couple of world-class tasting and dining experiences. The former are led by Movia and Marjan Simčič, top producers conveniently located in the same village, less than a mile from the Italian border. The latter are dominated by Ana Ros, chef-proprietor of Hiša Franko, the restaurant that put Slovenia on the map for foodies.

Stay: Ros’s lovely restaurant also has 10 simple but sweet, gaily-painted rooms, which come with a wholesome breakfast (and whose 20-steps-to-bed proximity to the tables, and tastings, are appealingly convenient). From €150, hisafranko.com

It’s the Portuguese denomination located more than 1,000 miles away from Portugal proper: Açores VR (vinho regional), spread across the far-flung Azores archipelago. There’s a lot to see and do there – hiking, bird and marine life – so the wines (probably introduced in the 15th century by either Henry the Navigator or Franciscan monks, according to the FT’s Jancis Robinson) are likely to be an adjacent experience. A good one, though: Arinto dos Açores, Verdelho, and Terrantez do Pico are its primary varietals; having been devastated by vine disease in the 19th century, many of the vineyards have in recent decades been rehabilitated – thanks in large part to António Maçanita and his Azores Wine Company, which has more or less single-handedly revived Pico island’s wine cultivation. Today the Azores produces fine whites, reds and rosés, among which is Maçanita’s own rare-grapes collection, showcasing pure indigenous Arinto dos Açores and an interesting tinto blend.

Stay: in 2021, Azores Wine Company opened six self-catering apartments at the winery on Pico’s northwest coast. It also has its own restaurant, which serves a six-course tasting menu. From €180. A few years ago Lava Homes opened on Pico’s north coast, with the 14 accommodations spread across a series of (naturally) lava-stone houses, some reclaimed from ruins, at the edge of the sea; with small kitchens and living areas, they’re ideal for longer stays and families. It also has its own restaurant, Magma. From €250, lavahomes.com

Kent, yes; Sussex, definitely. Norfolk? It’s not necessarily the English region on the radar yet, but when you visit (and with its sand beaches, sweet market towns and the splendour of the Holkham, Houghton and Blickling estates, it gives you ample reason), consider a tasting, or at least a buying, session. Bacchus is one of the “local” varietals – a Riesling-Silvaner Müller-Thurgau cross that came here from Germany in the ’70s – which has been parlayed into award-winning whites by a few select producers; among them are the Flint and Winbirri vineyards (the latter’s 2015 Bacchus garnered a platinum medal at the 2017 Decanter World Wine Awards). The latest boutique winery to enter the scene: Cobble Hill Vineyards, just outside Burnham Market. Robert Perowne’s 3.6-hectare vineyard was planted in 2016, and its first Bacchus vintage bottled in 2020; this year its sparkling rosé took accolades at the Wines of Great Britain national awards.

Stay: The Victoria is a restaurant with a great roast (and a very good burger), traditional clean-lined rooms, and next-door access to the wide and beautiful miles of Holkham Beach. From £220, holkham.co.uk

Habitués of Morocco will be familiar with its light, crisp, quaffable vins gris, the ultra-low maceration, ultra-light rosé wines produced primarily around Meknès and Berkane in the country’s north. Syrah, Cabernet Sauvignon, Grenache and Carignan vines have been cultivated here for a century or so (in some cases with investment from French and Spanish winemaking families, and, after a midcentury slump, with a major injection of subsidies in the 1990s by King Hassan II – a graduate of the University of Bordeaux). They love the cool Atlantic air and Atlas-foothills environs. When you’ve explored the Medina of Fez and the ruins at Volubilis, there are private and group tastings you can book at Domaine de la Zouina, Château Roslane (part of a larger winery enterprise called Les Celliers de Meknès, which boasts a gourmet Relais restaurant), or, further south-west near Essaouira, at Domaine du Val d’Argan.

Stay: in addition to its restaurant, L’Oliveraie, and its 700 hectares of scenic vineyards, Château Roslane has a 13-room hotel and small spa, so you can sip, dine, hammam, and sleep on the estate. From €225, relaischateaux.com 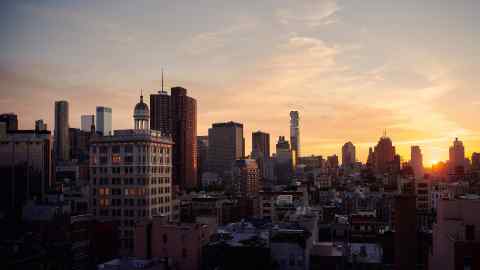