Space is the place for tractors, Netflix and 3D printing ETFs.

ARK Invest is an investment manager and ETF provider that believes the future is now. Since it was founded in 2014 by veteran fund manager Cathie Wood, the investment house has ridden a near decade bull market in speculative technology stocks to amass over $30bn of assets under management. Cementing the business as, depending on your perception, a pin-up for growth investing or a sign of unhinged market excess.

Either way, whether its ARK’s $3,000 price target for Tesla’s stock or its defence of Bitcoin’s environmental impact, it’s hard to ignore the once Wirecard investor’s current spot in the market discourse.

So, of course, we just had to take a look at its latest ETF launch: ARK Space Exploration and Innovation, which is due to start trading later on Tuesday under the ticker ARKX.

Designed to invest in companies who will benefit from the ongoing attempts to commercialise the void, you might expect ARK to be plumping on a host of well known aerospace, defence and satellite businesses exposed to the errr . . . space. Think at the mature end Boeing and Airbus, and at the speculative end, Richard Branson’s boyhood fantasy play Virgin Galactic.

Yet, that doesn’t quite seem to be the case. Here are the fund’s announced holdings:

OK, so aerospace names like Boeing, Airbus and Heico are all involved . . . fair enough. But gaze down the list, and a few others stick out. There’s video streaming platform Netflix, agricultural machinery maker John Deere and, as its second largest position, ARK’s very own 3D printing ETF.

So what’s the logic here you might ask? Well, turns out ARK have a pretty broad vision of what constitutes a stock exposed to space exploration. In fact, it’s basically any business that benefits from GPS, the internet or artificial intelligence which sounds like it could be . . . nearly every business on Earth?

You get the idea.

If FT Alphaville was being generous, we’d say the logic sort of adds up. For instance, if satellite internet becomes widespread, that’s potentially a lot of extra Netflix subscriptions. John Deere, meanwhile, could benefit from better satellite mapping for its robot lawnmowers and tractors. Oh, and to create things in space, you’ll probably need 3D printing.

Yet, putting on our cynics hat for the rare moment, you could argue such a wide remit also gives ARK carte blanche to invest in whatever it wants to. Really, any company could be justified as benefiting from space exploration. For instance, why not buy gold miners? Given there’s an asteroid out there with an estimated $700 quintillion of the shiny stuff inside it. Or how about pet insurance name Trupanion? If we want to keep pets in space, we’ll need to protect them from zero-gravity risks, and those premiums won’t be cheap.

There was one surprising omission, however: ARK favourite Tesla. Given its ties to Elon Musk’s rocket company SpaceX, the fact there’s a Roadster floating 25,540,400 miles from Earth and its supposed reliance on artificial intelligence for its autopilot technology, you’d have thought there’d be room for the stock.

Yet, a few things could change that — a consecration of the long-mooted SpaceX/ Tesla merger for instance, or a vanilla IPO for SpaceX alone. We’re just thinking out loud here, but in a year where the equity markets seem to shock us with every passing day, is it really that hard to imagine? 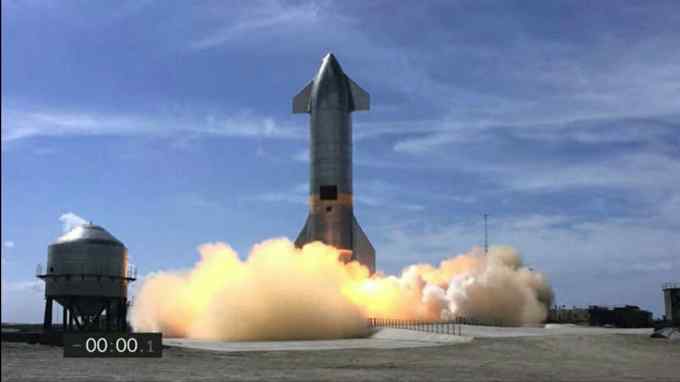