Sparks fly in battle for control of WisdomTree

WisdomTree has hit back at an attempt by Graham Tuckwell, its largest shareholder, to oust its chief executive with a sharply worded statement suggesting any rapprochement between the two parties is unlikely.

Tuckwell, the driving force behind the world’s first gold exchange traded fund, teamed up earlier this year with Lion Point, an activist hedge fund, in an effort to force Jonathan Steinberg to step down from his role as CEO of the underperforming $79.4bn US asset manager.

Intense negotiations followed behind closed doors but the disagreements between the two sides erupted this week in an acrimonious public exchange.

Tuckwell and Lion Point this week sent an open letter to WisdomTree’s shareholders complaining that their efforts to reach an agreement had been “thwarted” by Steinberg who had “no desire or intention to adopt changes to the operations or direction of the company in any meaningful way”.

In response, WisdomTree on Thursday accused Tuckwell of derailing an agreement which the asset manager had planned to announce this week following discussions that were akin to “getting into a cage with a tiger”.

“Graham Tuckwell deliberately derailed this agreement, placing his own personal agenda above the best interests of other stockholders,” said Frank Salerno, WisdomTree’s chair, in a public statement.

“From the start, Mr Tuckwell has been driven by his outsized ego and personal animosity towards WisdomTree’s founder and CEO, Jono Steinberg,” added Salerno.

Tensions have been growing since WisdomTree’s 2017 acquisition of the European arm of ETF Securities, a London-based exchange traded fund specialist founded by Tuckwell in 2005.

Both parties believed the deal would strengthen the enlarged group — which was then ranked as the world’s ninth largest ETF manager — and enhance its appeal to potential buyers.

Steinberg told the Financial Times in 2018 that he expected WisdomTree’s assets to reach $100bn without specifying a timeframe — a target that has not been reached. WisdomTree’s share price has dropped 37 per cent since the completion of the deal with ETF Securities even though WisdomTree has frequently been touted by analysts as a potentially attractive takeover target for a bigger asset manager looking to expand or enter the rapidly growing $10tn ETF industry.

Tuckwell, a blunt-speaking Australian entrepreneur, argues that Steinberg and his management team have subsequently destroyed $400mn of WisdomTree’s market value which has shrunk to $825mn. He and Lion Point have demanded that new directors should be voted on to the board at the annual shareholder meeting which has been delayed until July.

Tuckwell has nominated himself for election to the board but Salerno said his actions “demonstrated his lack of fitness to serve as a director of this or any other public company.”

“Mr Tuckwell also has significant, unresolvable conflicts of interest that disqualify him as a [potential] WisdomTree director,” said Salerno.

A person familiar with Lion Point said it hoped that an agreement with WisdomTree was still possible. He added that Steinberg would have to demonstrate a willingness to embrace meaningful changes including addressing WisdomTree’s bloated cost structure, refocusing spending away from misguided growth initiatives, adding ETF experience to the board and strengthening the company’s governance. 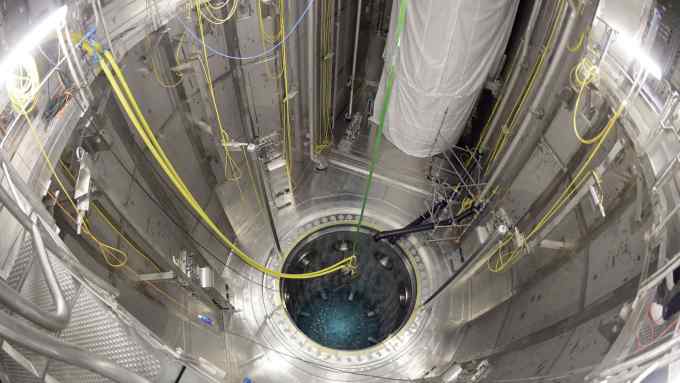