As the latest of Art Basel’s Online Viewing Rooms arrives, the fair’s director of Americas is optimistic this model has longevity in the art world

Sign up to myFT Daily Digest to be the first to know about Collecting news.

Is Art Basel’s Noah Horowitz a glutton for punishment? Ten years ago, he was the director of the first ever online art fair, called the VIP Art Fair, an ambitious initiative that crashed on launch and left scepticism of online art platforms in its wake. Now Horowitz, director of Art Basel Americas, finds himself also overseeing the fair group’s virtual showings — known as Online Viewing Rooms (OVRs) — which must seem uncannily familiar. This week sees the opening of OVR: Portals (June 16-19), the second of three standalone, online-only fairs planned for this year.

Horowitz says that his previous experience was more of a help than a hindrance. “I’ve always taken a great interest in digital possibilities and, given my background, I was involved in leading the discussions about these at Art Basel since the first week I joined [in 2015],” he says.

He has a healthy perspective about the failed VIP Art Fair, which attracted a star line-up of galleries but ultimately could not cope with the surge of virtual visitors. The website’s holding message eventually came down, but not before the situation had undermined the event’s premise to deliver a new, digitally-savvy audience. Horowitz admits the initial experience was “a total nightmare” but says that he and the event’s co-founder, the gallerist James Cohan, knew that the world around them was shifting.

“The unspoken reality was that, even then, a lot [of art trade] was already being done sight unseen, via emails and jpegs,” Horowitz says. He recalls that, just a couple of months after their online event, dealers at the in-person Armory Show in New York told him and Cohan that they had met people through the VIP fair who had gone on to become buying clients. “It just took going through the abyss to realise that there was something there,” he says.

Horowitz identifies two reasons why 2011 was simply too soon for an online fair. First, the technology they used was in its infancy and “couldn’t sustain what was happening”. Secondly, buying habits were much less formed online. “E-commerce and e-banking have grown by leaps and bounds in that ten-year period. Then there’s the whole social media framework for marketing — Instagram wasn’t around when we did the VIP art fair,” he says.

The intervening years witnessed huge change as we all got used to living more digitally. Then enter the Covid-19 pandemic, which Horowitz describes as “a shape-shifter, front and centre, for the art market.” While in 2011 the VIP Art Fair aimed to build on the growing number of online users around the world, come March 2020, the art fair OVR was borne of acute necessity.

Not much else seemed to have changed. The first OVR, an online-only replacement for Art Basel’s Hong Kong fair that year, was visually not so different from the VIP fair. The art for sale, up to 20 works per gallery, was shown as if on a wall in a mocked-up booth, to give a sense of scale as well as to give a feel of an in-person art fair experience through a screen. Online visitors clicked to register their interest in works and could then engage directly with each gallery. The virtual opening of the 2020 Hong Kong OVR wasn’t completely smooth either. For ten minutes, the VIP Art Fair glitch seemed to be back as visitors could not access the site — “My heart was in my mouth,” Horowitz admits — but it was swiftly resolved, a reassuring sign of the intervening advances in technology.

The Art Basel Hong Kong OVR kept market momentum going at a particularly fraught time but the needs of galleries and buyers quickly evolved. The art fair’s organisers took their feedback and improved the overall OVR experience. Dealers now show fewer works, with a maximum of eight stipulated for this week’s OVR: Portals, which helps overcome image overkill. The general appearance of the art is now more of a grid — easier to digest and akin to Instagram, Horowitz explains — with the option to see works to scale if desired.

Exhibitors have also got more to grips with digital demands, including the acceptance that price transparency is here to stay. Any previous scepticism about showing online has also been persuaded away by the rise of the art market in Asia. “We’ve learnt that no one can be everywhere at once,” Horowitz says.

This week’s showing is also the first to involve outside curators — namely Magalí Arriola, Christina Li and Larry Ossei-Mensah — whose expertise spans Mexico City, New York, Amsterdam and Hong Kong. “It is as diverse and global as we can be,” Horowitz says. He explains that OVR: Portals aims to show works that address social and political upheaval through the lens of the various lockdowns around the world.

Highlights include works by the Los Angeles sculptor Karon Davis, who references the US government’s violent prosecution of the Black Panther Party members (shown by Jeffrey Deitch) and two Saudi Arabian artists — Ahaad Al Amoudi and Mohammad Al Faraj — who look at the future of their country from a millennial generation’s perspective ($1,467-$3,067, Athr Gallery, Jeddah). Harare’s First Floor Gallery shows with Art Basel for the first time, with woven silicone wallworks by Troy Makaza that explore the hyper-individualism exacerbated during lockdown in Zimbabwe ($5,000-$12,000). Anton Kern Gallery brings work by Erik van Lieshout including his film, Art Blasé (2020), ($30,500, edition of three), which splices the impact of the pandemic on his own work for the fair group and on the wider art world. The work is a companion film to Art Basel (2020), which was commissioned as part of an exhibition to celebrate the fair’s 50th anniversary that year.

Older art too is reassessed from the perspective of the past year. Gemini G.E.L. from Los Angeles mirrors our increased time spent at home staring at walls and windows with works from Roy Lichtenstein’s “Interior Series”, including “Venetian School I” (1996, $18,000).

In unusual times, the art market framework continues to evolve, as do the online art fairs within it. Some showings, such as OVR: Portals, still exist as standalone digital events, separate to any real-life shows. But as in-person fairs gradually come back, including Art Basel in Hong Kong, OVRs have also become part of more hybrid events. Horowitz expects continued “modifications” to chime with the shifting sands of the current times but is certain that there will never be another ten-year gap: “I firmly believe in the thesis that digital is here to stay.” 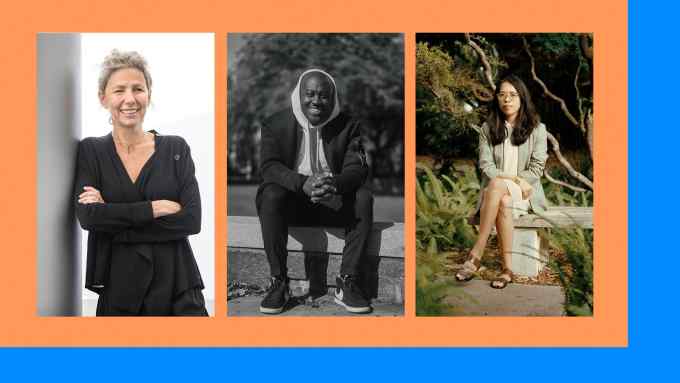