Energy savings are key to European industries’ battle with China

We’ll send you a myFT Daily Digest email rounding up the latest Industrials news every morning.

At an aluminium smelter in Karmoy, south-west Norway, the producer Norsk Hydro and the government are spending nearly half a billion euros to test-run electrolysis technology that it hopes will reduce its energy needs by 15 per cent.

It does not sound like much. Yet in a sector that spends up to 45 per cent of its production costs on electricity, the technology could raise billions in profits for European companies competing against rivals in China, the world’s largest producer, and its cheap power prices.

“You have to be as energy efficient as possible, because that’s how you make your profits,” says Cillian O’Donoghue, energy and climate change manager at the non-ferrous metals industry group Eurometaux. “For an old technology that has been produced for over 100 years, Karmoy is a huge breakthrough . . . The Chinese want the technology, but it’s proprietary technology.”

The pilot project only started producing aluminium in January, so it is too early to predict its impact. But manufacturers are always on the lookout for ways to snip their energy bills. For example: installing LED lightbulbs in pulp and paper mills; being paid to use hazardous chemical waste that no one else wants to fire up cement kilns; and setting up smart meters to measure the energy needed for making different types of steel.

The changes are mostly small. Electricity and fossil fuels remain fundamental ingredients for almost all manufacturing. Aluminium makers need power to extract the metal from aluminium oxide, using electrolysis. Cement makers have to heat a mix of limestone, clay and other materials to about 1,450 degrees Celsius. Steel is typically made from a mix of coal, iron ore and fluxes such as limestone also heated to hundreds of degrees.

As a result, energy accounts for as much as one-third of costs for cement, a quarter for steel and 10 per cent for pulp and paper.

Those costs are going up, especially for fossil fuel and biomass energy, says Steffen Wurdinger, vice-president of manufacturing and technology at the pulp and paper producer Sappi Europe. “Every single measure is even more important for the years to come,” he says.

Even a saving of €1.50 per tonne of paper makes a difference, he adds, pointing to the upgrade of the evaporation plant at Sappi’s mill in Ehingen, Germany. By lowering the plant’s energy demand by a quarter and steam production by 40 per cent, it cut natural gas expenses by about €400,000 a year.

Cement makers are reducing their costs by switching from coal to cheaper alternative fuels based on household waste, sewage sludge and chemical plant leftovers when available — materials that can otherwise be hard to dispose of yet provide a useful fuel stock.

Despite these savings, worldwide industrial energy use is rising by more than 1 per cent a year, according to the International Energy Agency. Strong increases in India, South Korea, China and the Middle East are offsetting slight declines in Europe and the Americas.

The shift to emerging economies is set to continue, as measures to limit climate change elsewhere push up the cost of energy — especially in Europe. Prices on Europe’s carbon trading market are beginning to bite after years of lagging behind, adding a cost for industrial pollution on top of energy supplies.

“Most energy-intensive industries are already approaching their technical limits

“If you stick to process, it will not be enough,” he says of reaching the long-term goals. “Most energy-intensive industries are already approaching their technical limits as far as energy [efficiency is concerned].”

Industries are putting money into developing breakthrough technologies. The problem is that, unlike small energy savings, radical changes will not be cheap.

Steelmakers, for instance, are looking at replacing coking coal in their input mix with emissions-free hydrogen. However, it takes a lot more energy to both make hydrogen and use it to smelt iron ore, says Henk Reimink, director of industry excellence at the World Steel Association. “So unless it can come from completely renewable, or certainly non-carbon, sources, there’s no benefit to going in that direction.”

International goals for reducing man-made emissions to net-zero technically apply worldwide. Yet, in reality, the mismatch of climate measures in developed and emerging economies is already drawing manufacturers from Europe to places such as China and the Middle East, where oil and gas are plentiful and subsidised.

The number of primary aluminium smelters in Europe has dropped from 24 to 11 in the past 15 years, according to Eurometaux. Many have moved to China to tap into government support, in the form of lower coal-fired power prices.

“In Europe it’s the opposite, we pay more,” says Mr O’Donoghue. “So you have a perverse situation where people are moving to China for cheap electricity, but it’s coal, which is terrible for the environment.” 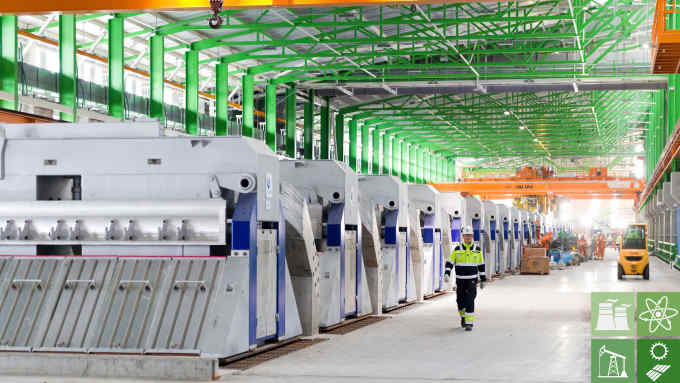