If you think the same, join us
Special Report FTfm: Fixed Income
See all 9 stories
US Treasury bonds

The question of whether the surge in US consumer prices will translate into a period of sustained higher inflation has dogged decision makers on Wall Street and in Washington all year.

Recent data have swung opinion in the debate, with investors increasingly coming around to the idea that the surge in price growth in sectors associated with reopening from the pandemic has likely peaked.

But signs that price pressures are building in areas of the economy beyond those most affected by the disruption caused by coronavirus has forced bond fund managers to stay on guard to the risk that inflation could fail to fade as quickly as some expect.

“Over the next year to 18 months, we are going to be talking about inflation — no longer at the peak post-pandemic, but not as low as we thought it would be at that point,” says Jim Caron, a senior portfolio manager on the global fixed income team at Morgan Stanley Investment Management.

The consumer price index published by the US Bureau of Labor Statistics earlier this month showed that the pace of price gains is cooling off. “Core” measures, which exclude volatile items such as food and energy, rose just 0.1 per cent between July and August, in what was the slowest monthly increase since February. On a year-over-year basis, it climbed 4 per cent, compared with 4.3 per cent in July.

Sectors most sensitive to supply bottlenecks and reopening dynamics, which have driven the bulk of this year’s inflation surge, registered sharp declines on a month-over-month basis. Used car and truck prices slipped 1.5 per cent from July, while airline fares plunged 9.1 per cent. Hotel room rates dropped 2.9 per cent.

The data provided critical evidence for the Biden administration and the Federal Reserve, which has long argued that the recent inflation surge is a temporary phenomenon. However, economists warn that a pick-up in prices elsewhere has meant it is not yet clear how quickly those pressures will abate.

“While the slowdown in inflation is welcome, we doubt headline inflation will move sustainably below 5 per cent much before the end of [the first quarter] of 2022 and core inflation will struggle to get below 3.5 per cent before [the second quarter] 2022,” said James Knightley, chief international economist at ING, after the latest CPI report was released.

Fed officials last week increased their forecast for the preferred inflation gauge — the “core” personal consumption index — upping it to 3.7 per cent by the year-end, from the 3 per cent level predicted in June. Their estimates for 2022 were also revised higher, to 2.3 per cent, having previously been pencilled in at 2.1 per cent.

The updated projections were accompanied by explicit hints from chair Jay Powell that the Fed is prepared to begin scaling back its pandemic-era stimulus this year, with an announcement most probable at its next meeting in November.

Knightley flagged the rise in housing costs more broadly — increasing 2.8 per cent from a year earlier, according to the latest CPI report. He expects additional price gains across this sector to add nearly a full percentage point to annual inflation.

Wages have also picked up, with average hourly earnings rising 0.6 per cent from July for year-over-year gains of 4.3 per cent. Many businesses are now passing their higher costs through to consumers by raising prices. Monica Defend, global head of research at Amundi, says it is clear that more “structural” components of inflation are moving higher.

“It is all consolidating towards a higher inflation regime compared to the one we had before the pandemic,” she concludes. She anticipates inflation will hover above 4 per cent this year before moderating to roughly 3 per cent in 2022 and 2023.

That stands in sharp contrast to market measures of inflation expectations, which point to a more subdued outlook. The five-year break-even rate — which is derived from prices of US inflation-protected government securities, and therefore reflects investors’ forecasts for inflation — now hovers around 2.5 per cent, while the 10-year metric is at 2.3 per cent.

The primary risk, should inflation prove much more persistent than generally expected, is the Fed having to tighten monetary policy far more quickly than financial markets are currently pricing in, says Anna Stupnytska, global macroeconomist at Fidelity International.

Last week, a handful of Fed officials pulled forward their timing for the first interest rate increase, with the 18-member Federal Open Market Committee now evenly split on the prospects of a 2022 increase. At least three interest rate adjustments are expected by the end of 2023, up from at least two three months ago.

Such an outcome would be especially painful for risky assets, warns Ritchie Tuazon, a fixed income portfolio manager at Capital Group, adding that he sees significant upside risk to inflation.

“It is certainly a big enough risk that it is factoring into our portfolio decision making,” he says. “It is not some remote 1 per cent probability.” 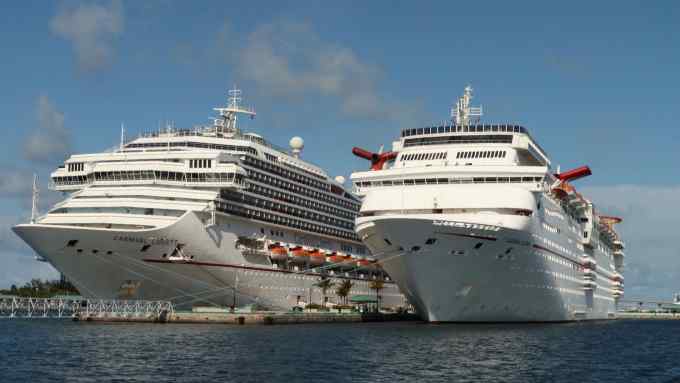