China Mobile, China Telecom and China Unicom to be removed in compliance with Trump executive order

Sign up to myFT Daily Digest to be the first to know about MSCI Inc news.

Shares of China Mobile, China Telecom and China Unicom traded in Hong Kong will be removed from many of the company’s indices, including the MSCI China All Shares and All Country World benchmarks, at the close of trading on Friday. That is the last full trading day before the executive order signed in November by US president Donald Trump goes into effect on January 11.

Shares in China Unicom fell as much as 11 per cent shortly after trading opened in Hong Kong on Friday, while those of China Mobile and China Telecom both dropped up to 10 per cent.

The three companies, which represent 0.81 per cent of the MSCI China All Shares index and less than a tenth of a per cent of the ACWI index, have become a flashpoint as the Trump administration has cracked down on Beijing in its final days in office.

The effort has led to confusion in recent days at the New York Stock Exchange as it sought to comply with the order, moving to delist the three Chinese companies and then to reinstate them before finally deciding to delist them again under pressure from the Treasury Department.

As with the NYSE, MSCI linked its decision to guidance from the Treasury’s Office of Foreign Assets Control — known as Ofac — which is in charge of enforcing US sanctions policies. Ofac on Wednesday published guidance that US investors were prohibited from purchasing shares of the three telecoms groups, though their names did not exactly match those included in Mr Trump’s executive order. 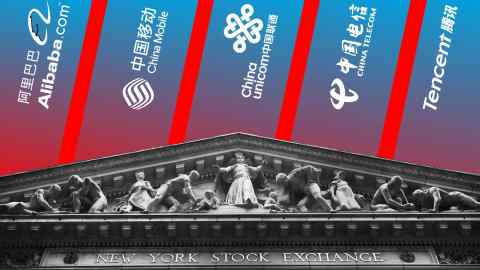 The Treasury clarified on Wednesday that companies with similar names to the 35 businesses on the blacklist would be considered covered by the order. Huawei and security camera maker Hikvision are among the other companies that have been targeted by the Trump administration.

The MSCI indices are tracked by many emerging market investors and its decision last year to remove nine Chinese companies traded in Hong Kong, Shanghai and Shenzhen was applauded by the White House in December.

Exchanges, index providers, banks and broker dealers have struggled with ambiguous language in the executive order as well as the slow drip of guidance from the Treasury on how to comply with it, according to people briefed on the matter. As a result, index providers such as FTSE Russell, LSE and Nasdaq have offered a patchwork of interpretations of the rules in recent weeks.

Get alerts on MSCI Inc when a new story is published 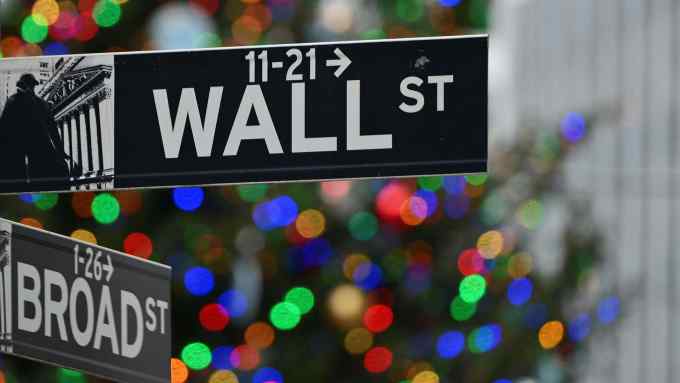