James Brown is trying to determine what net-zero agriculture looks like and — surprisingly for a sustainable organic farmer — it could involve burning wood to power a stacked vertical farm in the English countryside.

This unlikely solution is due to the presence on his land of peat, a type of soil that stores a large amount of carbon when wet but can be very productive for farmers when dry. By choosing not to drain his peatland, and instead using it to produce biomass wood fuel, Brown will avoid releasing carbon dioxide back into the atmosphere.

His efforts highlight the challenge of feeding the world without damaging the climate. “Looking at a black, soily field, it doesn’t jump out at you to say, ‘I’m emitting lots of carbon dioxide’,” Brown says. “Our perception of greenhouse gas emissions . . . is the tailpipe of a car, the chimney on a power station, the factory, the aeroplane,” he notes.

Peatlands — which include fens, bogs and mires — make up about 3 per cent of the world’s land but hold a disproportionate amount of carbon. They are formed in waterlogged areas from dead vegetation that does not fully decompose, storing twice as much carbon as the world’s forests, according to the UN Environment Programme. However, that carbon is released when the land is drained.

A decade ago, Brown tried to quantify the greenhouse gas emissions from the activities on his farm, which covers 20 square kilometres near Doncaster in northern England, on land first drained in the 17th century. He found they generated roughly a tonne of carbon dioxide per hectare per year — a figure he has since halved through measures such as using solar panels and newer tractors.

But it was in 2019 that Brown had an eye-opening conversation with Professor Chris Evans of the UK Centre for Ecology & Hydrology, a research institute. Evans told him that the emissions from the land itself would dwarf those from his machinery. “I went: ‘oh, how to burst my bubble!’” Brown recalls.

A subsequent study revealed that the emissions were 15-20 tonnes per hectare per year, with no easy way of cutting them.

Rewetting the soil would mean Brown could no longer grow valuable vegetable crops. The supermarkets that bought his produce would, he says, probably have switched to imports from similar farms in mainland Europe — so there would be no overall climate benefit. “All we’ve done is added an extra transport cost in,” he says.

So, now, with a UK government grant, Brown is assessing the feasibility of rewetting the land and planting willow reeds, which grow quickly in wet conditions. He plans to harvest the wood, burn it in a way that minimises carbon emissions, and use the energy produced to power an indoor vertical farm where he will grow crops. The upshot would be that carbon is removed from the atmosphere, the peat stays intact — and he stays in business.

Running a business that is both commercially and environmentally sustainable has so far proved elusive where peatland is concerned, Evans says. “There’s been a bit of a Mexican stand-off between the farming sector, who understandably need to trade to produce a crop, and the conservation community who are saying this isn’t sustainable.”

He and colleagues have been looking for ways to keep peatlands in a wetter state than they are while still yielding crops and sustaining farmers’ livelihoods. Their paper published in the journal Nature earlier this year found that halving the depth of the water table in the world’s drained agricultural peatlands would result in a fall in greenhouse gas emissions equivalent to 1 per cent of all man-made emissions.

But Evans warns that technical fixes may not be sufficient. “There’s farmers, whether they’re in Cambridgeshire or Borneo, who depend on agriculture on peat, so if that’s going to change you’ve either got to compensate them or come up with new forms of land management that are more sustainable,” he explains. “What you can’t do is ask farmers to run a massive loss for everyone else’s benefit.”

While Europe is the continent in which the greatest overall area of peatland has been drained — with records of drainage in the Netherlands dating to the 8th century — today, south-east Asia is closing the gap.

“Once countries like Malaysia and Indonesia cracked how to make the land productive, it changed really fast,” says Evans.

Most peat swamp forests in the region have been disturbed in the past three decades. Population growth, as well as demand for palm oil, timber and paper, have driven deforestation and drainage, according to the Global Peatlands Initiative, an alliance of conservationists.

South-east Asia now accounts for half of the world’s peatland carbon emissions, a problem exacerbated by fires. The GPI says that emissions from peat fires in Indonesia in 2015 generated more carbon dioxide than that year’s total for Japan, from all sources.

Paul de Zylva, a campaigner at environmental pressure group Friends of the Earth, says society may have to weigh up the importance of food prices against the climate. “If the nation really values peatlands and the climate, then maybe that’s more important than the amount of carrots they’re producing,” he says. “We need our land to function better, and therefore we need a better insightful debate about growing the right crops on the right soil for the right reasons.” 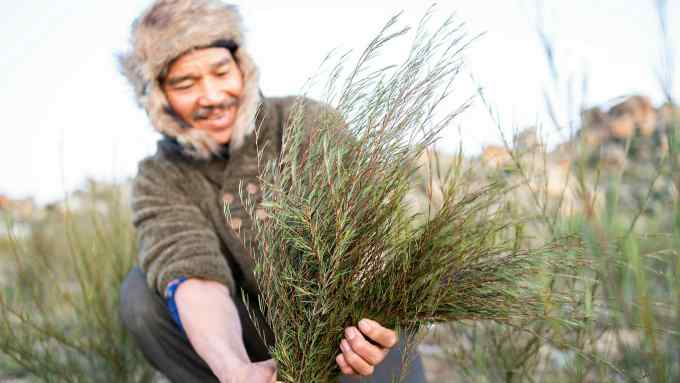