BlackRock has launched two exchange traded funds that invest in areas that the firm thinks will accelerate the economy.

The iShares Blockchain and Tech ETF (IBLC), seeks to track the NYSE FactSet Global Blockchain Technologies index and is composed of companies that are involved in the “development, innovation and utilisation of blockchain and crypto technologies”, a filing says. The ETF does not invest directly in any cryptocurrencies or cryptocurrency derivatives.

The other, the iShares Emergent Food and AgTech Multisector ETF (IVEG), tracks the Morningstar Global Food Innovation index, which is composed of companies that are expected to benefit from creating or using agricultural technologies or innovative food products or services.

Both ETFs have expense ratios of 47 basis points, making the AgTech ETF’s price the lowest of any agriculture technology ETF, according to Rachel Aguirre, head of US iShares product, speaking at a panel on last week.

The ETFs are BlackRock’s first retail products that offer exposure to blockchain and agriculture technologies, a company spokesperson confirmed.

BlackRock’s expansion of its thematic line-up is significant because advisers are “increasingly rotating from traditional sector strategies to cross-sector ones that can benefit from shifting demographics and innovation,” said Todd Rosenbluth, ETF Trends’ head of research.

“Blockchain and emergent food themes are good examples as companies in multiple sectors are positioned to be impacted by consumer trends,” Rosenbluth said. “While some thematic approaches are underperforming the broader market in 2022, the long-term trends remain intact.”

Both new ETFs invest in parts of the “industrial renaissance,” or permanent global changes that have taken place since the start of the pandemic, according to a BlackRock research paper. The researchers pointed to changes affecting automation, infrastructure, and self-driving and electric vehicles.

But they said the renaissance also included medical breakthroughs in mRNA vaccines, genomics, immunology and neuroscience. The paper also focuses on millennial and emerging-market consumers who are “revolutionising spending and consumption,” particularly in the fields of digital ecosystems and “the future of food”.

Agriculture technology is a relatively new space for ETF sponsors. The Global X AgTech & Food Innovation ETF (KROP), which launched in July last year had around $6mn in assets at the end of April.

The largest blockchain-themed ETF, meanwhile, is the Amplify Transformational Data Sharing ETF (BLOK). The ETF launched in January 2018 and had around $815mn in assets at the end of April.

Thematic funds have ballooned in popularity in recent years. The 1,952 global thematic funds on the market at the end of 2021 added a combined $551bn in assets during the preceding three-year period, according to a March analysis from Morningstar. At the end of 2021, such funds had $806bn in assets, representing 2.7 per cent of all assets in equity funds globally, the report notes. 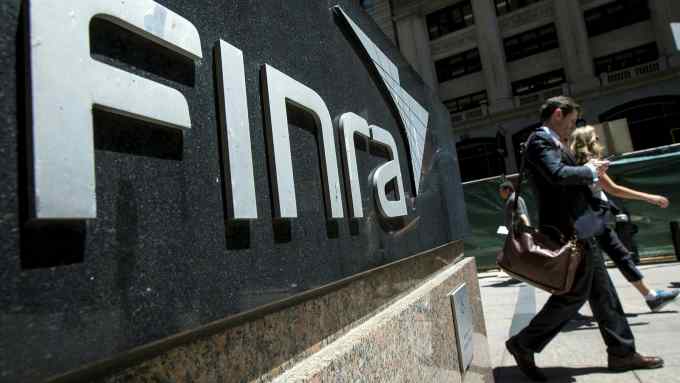