It’s one thing to put sustainability on the curriculum, another to practise what you teach

It was not so long ago that Jaclyn Rosebrook-Collignon and her colleagues were dismissed as the “hippies on the third floor”. But, over the 12 years that she has been head of sustainability and global responsibility at Grenoble Ecole de Management (GEM) in France, she has seen her role change from that of grassroots agitator to boardroom influencer.

“For many years, people used to run away from me when they saw me in the hall,” says Rosebrook-Collignon. “Now, students and faculty are coming to me and asking, what are we doing to be more sustainable and how can we go faster?”

Business schools’ initial response to the explosion of interest in environmental, social and governance (ESG) issues was a rethink of curricula, introducing relevant electives and programmes. More recently, they have been busy revamping their campuses, installing new waste collection systems, solar panels, wind turbines and even bee colonies, as deans try to practise what they preach.

School on a mission

For GEM, that has meant adopting société à mission status. Like benefit corporations in the US, sociétés à mission are defined by law as organisations that aim to make a positive difference to society and the environment. So far, some 100 organisations — mostly large companies — have assumed this status in France. Grenoble is the first business school to take the step.

What this means in practice, according to Rosebrook-Collignon, is that everything the school does has to be consistent with five commitments — including gender equality and becoming a zero-waste school — that are linked to one or more of the UN’s Sustainable Development Goals (SDGs). Retaining société à mission status requires full disclosure of the school’s activities, checked by an external audit every two years.

“An overwhelming majority of our staff and students want to contribute positively to society, but to enable them to do that requires cultural transformation and real, strategic, top-down action,” says Rosebrook-Collignon. “This new status means each part of the business school must re-evaluate its annual objectives through this prism. But it also increases the visibility of what we are delivering and the pressure on us to do what we say we’re doing. Our stakeholders, and notably our students and faculty, are looking for that transparency and accountability.”

Other schools have also turned to the SDGs to frame their sustainability efforts. BI Norwegian Business School has selected SDG 13, climate action, as a priority (along with SDG 5, gender equality) and has set out to halve its greenhouse gas emissions by 2030. To that end, it is taking measures that range from installing solar panels and using seawater cooling at its Trondheim and Stavanger campuses to serving more vegetarian and locally sourced food in its cafeterias and reupholstering chairs instead of buying new.

“To achieve our climate goal, we need to make significant changes to how we work,” says BI president Inge Jan Henjesand. “We’re well under way on many dimensions, including cutting single-use plastics, increasing recycling rates and cutting carbon-intensive foods. The last year has also seen a significant cut in business travel. But we need to continue this momentum.”

There is wide variation in schools’ efforts to tackle climate change. When the FT surveyed more than 140 leading business schools in 2020, fewer than a third said that becoming carbon neutral was an objective. Just over a dozen had set deadlines of 2030 or earlier, while others gave target dates as distant as 2060.

Among the more ambitious, today, is Haas School of Business. It is working with its parent institution, the University of California, Berkeley, to be carbon neutral by 2025, for both direct emissions and indirect emissions arising from electricity consumed (its target for indirect emissions elsewhere in its value chain — so-called Scope 3 emissions — is 2050). Two of the four buildings on its campus are certified as zero-waste — defined as diverting more than 90 per cent of refuse from landfill. 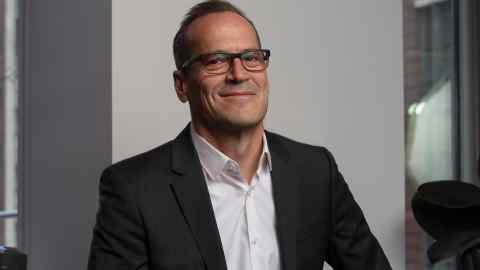 Kogod School of Business at American University in Washington DC says it has reached its target of being carbon neutral already, after pledging in 2010 to cut its emissions to net zero within a decade. The university and business school have made buildings more efficient, promoted eco-friendly behaviour among staff and students — from switching off lights to changing commuting habits — installed 2,500 solar panels on campus and offset international travel emissions by buying energy-efficient stoves for rural families in Kenya.

A similar social awareness informs other schools’ strategies. At HEC Paris, Marcelle Laliberté says the key to achieving her goals as chief diversity officer is to take a holistic approach. “It’s our work as a business school to intersect diversity with research, teaching and action,” she says. Initiatives include a programme called Stand Up, run by HEC’s Innovation & Entrepreneurship Center, which is aimed at women from disadvantaged backgrounds.

Similarly, the Paris branch of Creative Destruction Lab (CDL) — a seed-stage programme co-led by HEC entrepreneurship professor Thomas Astebro for technology start-ups — tries to promote a fairer gender balance in the sector. Applicants are asked to provide demographic data, including gender, which enables CDL to judge its success. The gender mix among entrepreneurs admitted to the programme is also monitored with a view to identifying any bias against female-founded companies.

Astebro says its application-scoring mechanism means 45 per cent of CDL-Paris’s ventures have a female founder, while almost 30 per cent of the programme’s mentors are women. To put this into context, companies with solely female founders accounted for just 2.2 per cent of global venture funding in the first eight months of 2021, according to start-up platform Crunchbase.

“That natural reflex — where we ask ourselves questions like, are we considering gender or are we considering disabilities? — is much more dominant than it was even three years ago,” says Laliberté. “There’s a mindful awareness now of integrating diversity into the actions we take from the outset, as opposed to [treating] it as an afterthought.”