Wartime CEOs are not the ideal leaders in this crisis

SAP’s statement was uncompromising. On April 20, the German software group said it would scrap its dual leadership. One co-chief executive, Jennifer Morgan, will quit; the other, Christian Klein, will take on sole power “to ensure strong, unambiguous steering in . . . an unprecedented crisis”.

I am no fan of co-CEOs, although SAP has had more success with power-sharing at the top than many. There are also plenty of other reasons, unrelated to the crisis, why SAP might want to “take swift, determined action” to reinstate a “very clear leadership structure”. The company is not, however, alone in seeking muscular direction. “This is a war,” Donald Trump said in March. “A number of people have said it . . . and I feel it, actually: I’m a wartime president.”

But a pandemic is not a war and “wartime CEOs” are not ideally suited to tackle all its consequences.

People undoubtedly look to their leaders in uncertain times. Many organisations are delaying the planned departure of experienced bosses. Turnover of US chief executives slumped to a 20-month low in March as coronavirus came ashore. IAG, owner of British Airways and Iberia, has postponed Willie Walsh’s June 30 handover of the chief executive role to Luis Gallego, in the interests of “management stability”. Harvard University is keeping Harvard Business School dean Nitin Nohria’s “steady hand” on the tiller until the end of the year. Even activist investors are holding fire: Edward Bramson’s Sherborne Investors will now withhold support for Barclays chief executive Jes Staley at next month’s shareholder meeting rather than voting against him, “in recognition of the complexity of the management situation”.

CEOs are, rightly, stepping in to lead their companies from the front. Amazon founder Jeff Bezos had devoted himself latterly to long-range strategic thinking at the group. According to the New York Times, he is now “holding daily calls to help make decisions about inventory and [Covid-19] testing, as well as how and when — down to the minute — Amazon responds to public criticism”.

I doubt Mr Bezos is reaching for military metaphors to describe his approach. Amazon is proud of employing lots of ex-service personnel with life-or-death frontline experience. In 2011, he took issue with companies that talk loosely about “targeting” their customers (“Why would you do that?” he asked).

Before long, Mr Bezos will also need to delegate again. If there is a military analogy here, it is that commanders know that once they have set the mission, they must leave it up to their well-trained junior officers on the battlefield to decide how to pursue it.

Venture capital investor Ben Horowitz listed differences between peacetime and wartime CEOs in a 2011 blog post. The peacetime boss avoids profanity, tolerates deviations from the plan “when coupled with effort and creativity” and “does not raise her voice”, he wrote. Her wartime counterpart “sometimes uses profanity purposefully . . . is completely intolerant . . . rarely speaks in a normal tone [and] neither indulges consensus-building nor tolerates disagreements”.

Andrew Hill
Live Q and A: How are you managing your business in the crisis?

Silicon Valley entrepreneurs adopted the programme as though it was a mobilisation order from the Joint Chiefs of Staff. Mark Zuckerberg, for instance, has described himself as a wartime CEO in recent years, after he was obliged to act decisively to tackle the crises that have besieged Facebook.

Firm, rapid, short-term decision-making apart, though, wartime chief executive could be a dangerous leadership template in this crisis. At worst, it could push thoughtless leaders into a rigid, warlike stance. Mr Horowitz’s list was a guide to facing up to commercial competition, with Andy “Only the Paranoid Survive” Grove’s rebooting of Intel as one example. Even the US president has called the fight against the pandemic “a different kind of war”. Most companies’ “war rooms” are attic offices, kitchen tables and videocall grids; the front-line soldiers are delivery, checkout and production line staff, directed by unsung middle managers. Everyone is under attack.

One company founder cited Mr Horowitz’s blog post (earning a retweet from the author) and added “with Covid-19, the war isn’t necessarily between competitors, but against circumstance and supply chain”.

But to “win” here, leaders need to collaborate with their suppliers and they cannot fight circumstance. They have to acknowledge what they do not know and be willing to adapt, rather than assert a preconceived plan.

In this respect, France’s president looks a better model than his US counterpart. As Emmanuel Macron told the Financial Times: “I don’t know if we are at the beginning or the middle of this crisis — no one knows. There is lots of uncertainty and that should make us very humble.”

War and peace for the management classes / From CA Hoffman, Baltimore, MD, US 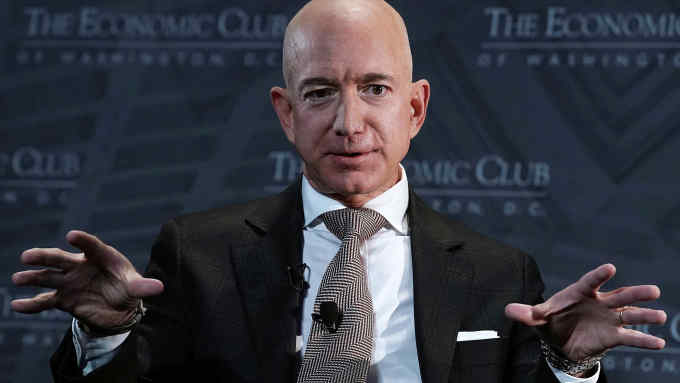