If you think the same, join us
Opinion Inside Business

The private equity backlash against ESG 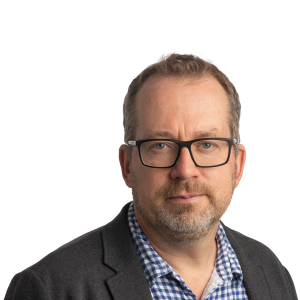 Call it Newton’s law of corporate ownership. As listed companies come under increasing investor pressure to act on everything from executive pay to carbon emissions, a reaction against those constraints seems to be fuelling a spate of buyouts by private equity firms.

The first half of 2021 was a boom period for the sector with $500bn-plus of deals, the highest level since records began four decades ago.

The core reasons are well rehearsed: a glut of cash in buyout firms’ coffers; ultra-low interest rates that make borrowing easier than ever and opportunities thrown up by digital innovation. There have even been pockets of perceived cheapness in otherwise exuberant public markets, with the relatively undervalued post-Brexit UK a particular buyout hotspot.

Done well, private equity has a crucial role to play in modernising economies, helping companies to restructure efficiently away from the short-termist glare of public markets. Buyout firms rightly pounce on listed companies that they deem undervalued or bloated. In so doing, they keep capitalism efficient and act as a positive reactionary force.

But is private equity also reactionary in the conservative backlash sense of the word — facilitating a rebellion against some of the progressive constraints of public company existence, particularly the growing demands of complying with standards on environmental, social and governance issues? The evidence is mounting.

More freedom on governance has long been seen as a plus for private companies. As listed company governance has become stricter, so the advantage of private company status has increased. Heads at private equity owned companies relish diminished bureaucracy and the ability to earn more money without critical scrutiny from public company shareholders. Fortress’s agreed £9.5bn buyout of Morrisons this month came with a strong hint that management “incentives structures” would be boosted, only weeks after the listed UK supermarket suffered a shareholder revolt over pay.

The latitude on governance shown to companies that are privately owned extends to the private equity firms themselves. In particular, it is a notoriously male-dominated industry.

Social issues, S of ESG, are also antithetical to much traditional private equity. Many listed companies increasingly trumpet “stakeholder value”, expressing concern for staff, customers and a company’s local area. Private equity remains a safe space for the hard-nosed. Quite rightly in some instances: public-company management may have been loath to take tough decisions on closing shops, factories or offices, and making job cuts.

But it is in the environmental field that a good chunk of the private equity industry is playing its most obviously reactionary role. When oil majors are looking to sell off stranded production assets, private equity are among the readiest bidders.

Some private equity insiders insist the sector is not as unreconstructed as such deals might suggest. They point to examples of buyout investors providing the impetus for radical change: Goldman Sachs’ buyout arm backed the wind farm strategy of Orsted as it moved away from oil and gas. A recent analysis by consultancy Bain admitted there was “scepticism” about ESG investing in the private equity industry. But it trumpeted notable triumphs, such as the overhaul of Polish convenience store chain Zabka, owned by CVC, which led to substantial cuts in plastic waste and CO2 emissions, and a boost in plant-based food sales.

The fact remains, though, that ESG is a fringe topic in the private equity industry. That in turn risks undermining the whole drive to embed ESG in global business. First, the steady switch towards private ownership and away from public markets neutralises progress made in public company ESG standards. Second, private equity is under little pressure to change. Buyout firms claim that their “limited partner” end investors, such as right-thinking pension funds and endowments, are demanding more focus on ESG. However, those LPs have little genuine influence, given the wall of return-hungry money clamouring for access to the best private equity funds.

The ESG drive among listed companies may well continue to spur reactionary instincts in the private company domain — at least until ESG criteria can generate superior investment returns. For now, at least, that remains unproven.