UK ministers gave an “open goal to fraudsters and embezzlers” by dropping basic safeguards on state-backed Covid-19 business loans and grants, according to MPs.

The public accounts committee, which examines the value for money of government projects, said ministers needed to learn from their failure to protect the taxpayer from billions lost to fraud and error in its coronavirus support schemes.

On Wednesday, the committee of MPs warned of the potential for further losses through government Covid loan and grant packages, which in total distributed about £100bn to struggling companies during the pandemic.

The committee said the Department for Business, Energy and Industrial Strategy expected to lose as much as £1bn in fraud and error through the Covid business grants distributed by local authorities.

The committee found that BEIS had only so far estimated the losses in under half of the grants and urged officials to work with local authorities to recover the funds.

The MPs also warned that local officials had few incentives to recoup the losses given that the money would be passed on to the business department, and would require money and resources to investigate.

The committee found that BEIS lacked enough “information on recipients” to judge whether the local grants had benefited businesses.

BEIS has estimated that £4.9bn of taxpayer money will be lost to fraud and error under the state-backed £47bn bounce back loan scheme (BBLS) to support small businesses. However, the committee said the true extent of losses would only be revealed gradually “as assessments catch up with payments made”.

Scores of company directors have been struck off in recent months by the government’s Insolvency Service, which is leading action against fraudsters who wrongly took out bank loans under the BBLS in particular.

But many directors who created companies or inflated their revenues in order to qualify for the maximum £50,000 loan available under the scheme, are unlikely to face criminal action given the government has mainly targeted large-scale organised fraud.

Meg Hillier, chair of the PAC, said the support schemes had offered an open goal to fraudsters and embezzlers who had “cashed in, adding billions and billions to taxpayer woes”. She added: “These lessons should have been learned from the banking crisis a decade ago.”

The committee said BEIS officials had sought ministerial directions and highlighted “some of the risks posed by fraud” through the schemes but “did not sufficiently identify or reflect the potential risks from organised economic crime”. 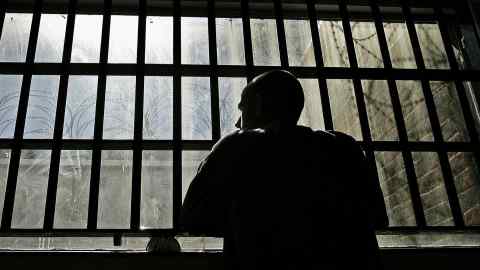 The number of companies registered in 2020-21 rose by more than a fifth compared with any of the previous five years, according to the committee. It added that the 170,000 groups set up during that time appeared to warrant “closer scrutiny”.

The MPs’ report cited Lord Theodore Agnew, the former efficiency minister who in January resigned in anger over the extent of fraud committed, who said that BBLS provided about 1,000 companies with emergency support despite them not trading.

The government said: “We’re continuing to crack down on Covid support scheme fraud and will not tolerate those who seek to defraud consumers and taxpayers.

“These schemes were implemented at unprecedented speed to protect millions of jobs and businesses. If the government didn’t move quickly, more businesses would have failed and many more jobs lost.”