Women’s football: the case for reparations

Stadium bans held the women’s game back for decades. Now’s the time for a financial reckoning
Simon Kuper 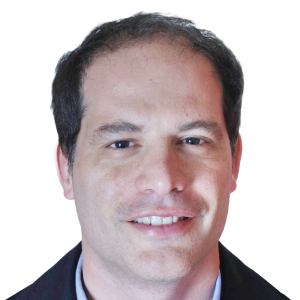 To grasp how women’s football has become part of everyday life, one measure is the constant breaking of attendance records. The 90,000 crowd at Wembley for Sunday’s European Championship final between England and Germany will be the tournament’s largest ever. Another measure is the collective conversation. A decade ago, whenever women’s football did get mentioned, it was often smothered in pious praise for the lowly paid Stakhanovite performers who unlike the men remained “real people”.

Today, though, fans in packed sports bars and pubs are living the women’s European Championship much as they always have men’s football: with one-eyed patriotism, speculating uninformed about dressing-room “spirit” or coaches’ motivational skills. There have been moments that will stick in fans’ heads for decades, especially Alessia Russo’s back-heeled goal in England’s 4-0 hammering of Sweden in the semi-final. In the stands, English fans sing “Football’s Coming Home”, traditional hymn of the men’s team, which expresses the belief that the nation has a manifest destiny to triumph. The Euros will lift women’s football, as every tournament does for a sport whose main problem is lack of visibility.

In short, women’s football is showing it can captivate fans.

But this isn’t a new discovery. We knew it a century ago — at which point men’s football effectively banned its competitors. The bans lasted decades and hamper women’s football to this day. In the coming new edition of our book Soccernomics, the economist Stefan Szymanski and I argue for reparations: a large-scale programme of investment in the women’s game, paid from men’s football’s revenues, to start redressing the damage.

Female football took off in Britain during the first world war, when men left for the front. Women replaced men in factories, and soon formed their own factory teams, the most famous of which was Dick, Kerr Ladies in Preston. They reached their apogee on Boxing Day 1920, beating St Helens 4-0 in front of 53,000 paying spectators at Everton’s sold-out Goodison Park.

That terrified the male-run English Football Association. With the war over, and women being returned to the kitchen, in 1921 the FA forbade its affiliated clubs from letting women use their fields. The association’s ruling stated: “The game of football is quite unsuitable for females.” The few women willing to brave societal ridicule were condemned to muddy park pitches without changing rooms.

In the 1960s, a new generation of feminist pioneers challenged the bans. At the turn of the 1970s, without fanfare, recounts Suzanne Wrack in A Women’s Game, the English FA’s secretary Sir Denis Follows announced in a letter that the association had decided to “rescind the council’s resolution of 1921”. Worldwide, bans were lifted, but the female game lay crushed beneath their tyres. In 1970, when football’s global governing body Fifa asked national associations, “Does your federation officially recognise football for women?”, only 12 of the 90 respondents said they did.

Slowly, from the 1970s, women’s football advanced from prohibition to second-class status. Few clubs organised female teams or gave women fields or any other resources. Girls tempted by football were bombarded with the message that playing it was unfeminine. Most journalists covering men’s football (including me) ignored the women’s game. Hope Powell, born in 1966, was the only girl in her school team, until the FA found out and stopped her playing with boys. She could then only play for her other team: England women, writes Gemma Clarke in Soccerwomen. Powell would play for England for 15 years, then managed the team for another 15.

Generations of women never got to experience the joy of football. Still, progress continued. When my daughter became the only girl in her age group to join her football club in Paris just eight years ago, she was allowed to play with boys. Unfortunately, they refused to pass to her.

Given how few girls got a chance to play, let alone proper training, the current adult talent pool is inevitably smaller than in men’s football. This feeds a pastime that dates back at least to 1881, shows Wrack: men mocking the quality of women’s football. When a female player blunders at the Euros, the trolls gloat, but when, say, Steven Gerrard lost Liverpool the Premier League in 2014 by falling over, nobody argued that men shouldn’t play football.

Now the talent pool is burgeoning: the English FA went from banning females to having 2.5mn of them playing some football in 2017/2018. With training improving, and ever more clubs employing full-time professional female players, today’s generation of women’s footballers is the best ever. The next will be better. The Dutch winger Lieke Martens told me: “You notice it in every position. Defenders get better, midfielders turn away very easily and place passes over 40 metres. The pace of play is rising, though it will never be like the men, because men are just faster and more physical. Our keepers said recently: ‘You’re all shooting harder and more precisely than five years ago.’ ”

Crowds are flocking. This spring, FC Barcelona’s women twice drew more than 90,000 spectators. True, many tickets were given free to club members, but these were bigger attendances than for any men’s club match in Europe last season. The current Euros broke the cumulative attendance record for a European Championship even before the knockout stages. And at this month’s female African Nations Cup, the Morocco-Nigeria semi-final in Rabat drew 45,562 spectators, the largest-ever crowd for women’s football in Africa — a record thought to have been broken days later when South Africa beat Morocco in the final.

Today’s packed stadiums for women’s football wouldn’t have surprised Dick, Kerr Ladies. Imagine if the game had been allowed to grow unimpeded since their day. How big would it be now? This isn’t simply a hypothetical question. It helps us estimate the amount that a court might order men’s football to pay to women’s.

We know that when women’s sports aren’t banned, they can generate almost equal interest to men’s sports. The case in point is tennis, arguably the most successful women’s professional game. It’s true that male players can on average hit the ball harder, but there’s more to sport than that. Serena Williams, like Roger Federer, played tennis close to the limits of human capacity — and that is much of the joy of watching sport.

If football associations tried to ban women’s football today, the response would be rather different to 1921. Courts and competition regulators could consider this an unjustified violation of competition laws, probably on the grounds of limiting markets. After all, some teams (but not others) were excluded from profitmaking activities. The bans could also be an abuse of dominance, given that the football federations had market power and could in effect dictate the rules of competition .

The members of any association illegally imposing such a ban could find themselves on the hook for billions. The maximum fine for breaking European competition law is 10 per cent of the offending company’s overall turnover, “multiplied by the number of years and months the infringement lasted”, says the European Commission.

It may be hard to bring a retrospective antitrust case against a ban imposed a century ago. But, under the EU Damages Directive, time still runs for historic violations with continuing effects until they cease. With interest, damages awards could be even higher than fines.

There was certainly harm that could prompt a court to award substantial damages. Women’s football in 1921 was poised to become a popular entertainment in England, then the leading football nation. It could have spread worldwide from there, as men’s football did. This is not about some potential untapped market, but a business sector that was regularly selling tens of thousands of match tickets. These revenues would surely have grown over time, as men’s revenues did.

Where would women’s professional soccer be now without bans? Tennis is a natural benchmark, since it was never banned, and women manage their own competitions. In 2019 the men’s ATP tour reported revenues of $159.4mn, and the women’s WTA $109.7mn. The latter sum equalled 69 per cent of the ATP’s income, or 41 per cent of all tennis circuit revenues. It seems reasonable to assume that women’s football, but for the bans, could have taken a similar share of the soccer market.

According to consultants Deloitte, European football generated €28.9bn in 2019, almost entirely from the men’s game. If the European Commission were to fine the men’s game a mere 5 per cent of revenues, that would be €1.45bn for one year. But in fact, the harm has reverberated for a century.

The bans were so long ago and so little remembered that it is hard to imagine how much potential was suppressed. Men’s football can never fully repair the damage done, but this exercise in quantifying the harm helps suggest policies to redress it.

Fifa could start. Its 2019 report claimed that “women’s football development is one of Fifa’s top priorities”, yet the $14mn it planned to spend directly on women’s football in 2020 represented just 2 per cent of the total allocated to “development and education”. From 2015 through 2018, Fifa spent more than twice as much on its museum in Zurich as on developing the female game. Reparations could build up women’s football to where it always should have been.

Video: Football: the business case for the women's game
Reuse this content (opens in new window) CommentsJump to comments section