Sign up to myFT Daily Digest to be the first to know about Currencies news.

Investors continue to pay vastly over the odds on their currency trades, more than a decade after a group of pension funds took their banks to court over excessive charges, new research shows.

Analysis of almost 2,000 funds showed that the cost of swapping dollars into currencies such as sterling lops 3.2 percentage points a year off the returns that would have been available from the underlying assets.

Custody banks — specialists that provide safekeeping of funds’ assets — charged on average $267 for every $1m traded in these swaps, although the transactions could be done for $35, according to Boston-based Lumint and London-based New Change FX. That equated to an overspend of more than $370m over almost three years, the research estimated.

“Foreign exchange is the only industry that charges an unknown amount for services that have a cost,” said Andrew Woolmer, chief executive at New Change FX.

In 2009, the US state of California sued State Street, accusing it of “unconscionable fraud” for overcharging the two state pension funds, Calpers and Calstrs, on currency trades. Other funds launched a legal action against Bank of New York Mellon, alleging that it gave customers poor rates while promising best execution.

State Street ended up paying more than $500m in 2016 to settle suits from the US government, regulators and clients over these “mark-ups”. BNY Mellon’s 2015 settlement topped $700m.

A separate 2018 working paper by Carol Osler, a professor at Brandeis University in Massachusetts, analysed the cost of such non-negotiated — so-called standing instruction — currency trades executed through custody banks.

Prof Osler found that, on average, investors paid seven times more for currency deals when relying on exchange rates provided by their custodians than if they negotiated at the market rate.

The standing-instruction arrangement “frees the client from any involvement [in] the trading process, but that convenience is the source of costly opacity,” she argued. “We argue that custodial forex dealers adjust the opacity of each trade to maximise sustainable profits.”

To avoid this practice of “shrouding”, Prof Osler said, investors could negotiate an upfront fee with their custody banks for currency trades executed on a more competitive basis, or use market rates instead.

Free LunchMartin Sandbu
A digital euro is on its way Premium

BNY Mellon declined to comment while State Street did not provide a comment in time for publication.

The true cost of these trades is difficult to measure because currency transactions do not come with a commission fee. And lofty currency costs from unfavourable rates often offset cheaper services elsewhere in a fund’s relationship with its bank.

But a minority of investors appear to want to know whether they are getting good value, some industry groups suggest. FX Transparency, an analytics company, said two-thirds of the 288 pension funds it recently surveyed in North America and Europe “turn a blind eye” to the true cost of currency trades, without probing for a more detailed breakdown of costs.

Get alerts on Currencies when a new story is published 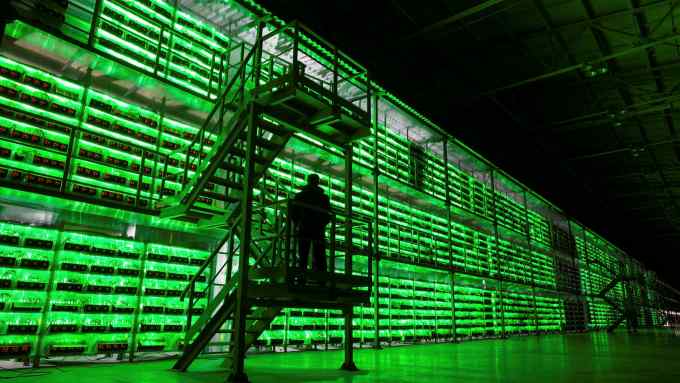