Clean energy stocks are as crowded as tech before dotcom crash, says MSCI

Ownership of renewable energy stocks is as crowded a trade as technology stocks were at the height of the 1999 dotcom boom, according to index provider MSCI.

The claim follows a flood of investment into the sector, with global inflows into clean energy exchange traded funds surging to $14.7bn in the six months to the end of March, according to data from Morningstar, up from just $1.3bn in the same period of 2019-20.

This helped push stock prices sharply higher with the S&P Global Clean Energy index jumping 150 per cent in the year to the end of March, pushing sector-wide price earnings ratios above 35.

MSCI has calculated that stocks that are crowded according to its metrics accounted for more than 8 per cent, by weight, of the renewable energy sector as of the end of March, far more than for cyber security, the next most crowded sector, at under 3 per cent.

This left clean energy stocks only a fraction less crowded than small and mid-cap technology companies were immediately prior to the 2000 dotcom crash, during which the tech-heavy Nasdaq Composite index plunged 78 per cent over the subsequent two-and-a-half years.

MSCI’s models forecast that in the event of a “severe economic headwind”, such as an outbreak of stagflation, the level of crowding meant the clean energy sector could fall 42 per cent, compared with a 31 per cent fall for growth stocks and 20 per cent for global markets in general.

The renewable energy sector “became progressively more crowded throughout 2020, as equity markets rebounded from their lows in March of that year,” said Anil Rao, executive director of equity solutions research at MSCI. “The theme continued its upward trajectory through the end of the year and into the first quarter of 2021.”

Almost a dozen clean energy ETFs have launched since the start of 2020, according to data provider TrackInsight, taking the total to 26, with combined assets of $22.4bn, up from just $2.4bn at the end of 2019.

S&P Dow Jones Indices was forced to scramble to broaden its Global Clean Energy index last month after a torrent of money into two BlackRock ETFs that track it left them owning significant chunks of a swath of stocks.

This flood of activity has been matched by a rising tide of voices warning that flows were getting out of hand.

Patrick Pouyanné, chief executive of Total, one of the world’s biggest oil and gas companies, told the Financial Times in February that “there is a bubble” in the renewables sector. Valuations are “just crazy today”, Pouyanné added, a trend he attributed to a limited supply of assets of significant scale.

“I think we’re 100 per cent in a green bubble,” Gordon Johnson, chief executive of GLJ Research, said the same month. “Pretty much every solar company I cover, their numbers got worse and the stock, like, tripled . . . This is not normal.”

MSCI’s Rao argued that the renewable energy sector’s underperformance since March — since when the S&P clean energy index has fallen 9.3 per cent — “can be explained, in part, by its crowding characteristics”.

It said all five tended to rise as more capital is pumped into stocks, with short interest building up as some investors start to bet that bubbles are forming.

The five largest renewable-themed ETFs all had exposure to crowded stocks that were either in line with the sector’s average score or were higher still, MSCI said, with “many of the most crowded stocks held across multiple funds”.

Ownership can be highly concentrated with, for example, the Invesco WilderHill Clean Energy ETF (PBW) holding 18.4 per cent of the free float of Nasdaq-listed Infrastructure and Energy Alternatives at the turn of the year, according to Morningstar, although this has since fallen.

Some remain upbeat about the renewables sector, though.

Kenneth Lamont, senior fund analyst for passive strategies at Morningstar, said “the massive inflows witnessed in the last half” were driven by Joe Biden’s presidential victory in the US and his subsequent programme of green investment.

As a result, Lamont said “those seeking short terms gains may already be late to the party but as valuations have fallen in 2021 the long-term case for alternative energy stocks remains strong”.

Hector McNeil, co-chief executive of the HANetf platform, which last week unveiled the impending launch of Europe’s first pure-play solar energy ETF, said “by definition we’re trying to get themes that are going to be long-term plays and that are fast growing. The way markets have come off [since March], I think it’s a good entry point. I think there is a lot of capacity still to grow.

“There is going to be a big realisation that the [emissions reduction] targets governments have set themselves are going to be pretty tough to achieve unless they act quickly.”

McNeil was also relaxed about the possibility of popular ETFs ending up owning uncomfortably large proportions of some stocks.

“We do a lot of liquidity analysis and we feel pretty confident there are enough stocks in this market and this industry to be not worrying about the concentration risk, particularly with new companies coming to the sector,” he said.

Lamont accepted that the energy sector had to expand rapidly in order to “meet the existential questions” society is currently facing, but also drew an analogy with the dotcom crash and the tech sector’s subsequent rise to dominance.

“You can be right in the long term when it comes to renewable energy, but the volatility can hurt a lot of people in the meantime,” he said. 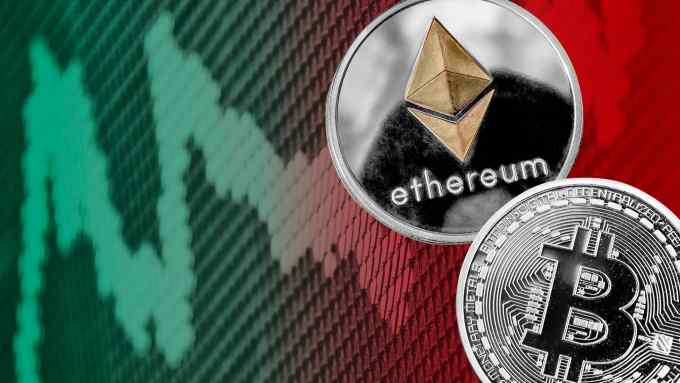