Binance forges links in the Gulf as it seeks fixed base

Joshua Oliver in London and Simeon Kerr in Dubai

We’ll send you a myFT Daily Digest email rounding up the latest Binance news every morning.

Binance, the world’s largest cryptocurrency exchange, is setting down roots in the Gulf as it seeks to placate global regulators by establishing a fixed home base and regulatory ties for its international business.

The group this week announced that it had secured cryptoasset licences from both Dubai and Bahrain, as it moves away from portraying itself as a decentralised organisation with no fixed headquarters. Binance’s decision to seek a more traditional structure — with regional offices, headquarters and key regulatory links — marks a big concession to sustained pressure from financial watchdogs around the world.

Binance chief executive Changpeng Zhao described the licence from Bahrain as “a milestone in our journey to being fully licensed and regulated around the world” and praised Dubai for its “unique operating model” for the crypto industry.

The green light from Bahrain on Monday marked the first big regulatory relationship for Binance’s global business. Local units in the group’s sprawling web of corporate entities have applied for supervision or based key operations in several countries including the UK, Singapore, Lithuania and Malta, but the international business — which is registered in the Cayman Islands — has resisted being tied to a particular jurisdiction.

Binance said the cryptoasset licence, the first such permit issued by Bahrain, would allow the company to provide cryptoasset trading, custodial services and portfolio management to customers.

The company on Wednesday said it had been granted a virtual asset licence by a new Dubai virtual asset regulator, enabling it to operate within the emirate’s “test-adapt-scale” model as a base for regional expansion.

But the exchange’s search for a home base is not over. A source close to the company said it did not plan to establish its headquarters in Bahrain.

The licence in Bahrain also may not be enough to convince western regulators that Binance is adequately supervised in key areas such as anti-money laundering controls and consumer protection. “It’s better than nothing but not enough to make a material difference in the US and Europe,” a former US regulatory official said.

Rival exchange FTX also received a licence from Dubai on Tuesday, and said it would set up a regional headquarters in the city.

Binance’s Zhao told the Financial Times recently that he was now based in Dubai, where he bought a home last year, having previously run the global group from Singapore.

However, the exchange’s Singapore unit in December dropped its application for a licence to run a crypto business in the country after regulators ordered Binance Singapore to stop all crypto transfers with the global exchange Binance.com, which the regulator placed on an investor alert list and said “may be in breach” of local law.

Teng has since been appointed the exchange’s regional head for the Middle East and north Africa. 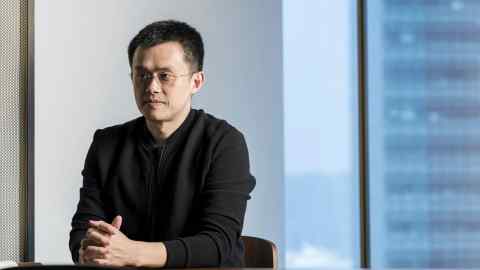 Binance’s licensing by the Bahrain central bank marks the opening of a tussle among regional financial centres for dominance of the cryptocurrency space. Bahrain, once the financial hub of the Middle East, has identified cryptocurrencies and fintech as areas in which it can regain momentum against its regional competitors.

Dubai’s move into cryptocurrencies comes at a sensitive time for the United Arab Emirates. Earlier this month, the country was placed on the Financial Action Task Force’s “grey list” of jurisdictions under enhanced monitoring of their compliance with anti-money laundering measures.

Some UAE officials, keen to extricate the country from the grey list as soon as possible, have said they fear that welcoming cryptocurrency firms such as Binance will hinder the country’s recent attempts to clamp down on illicit money.