At Louis Vuitton, the male wardrobe is refitted for a gender-fluid world

Like many other designers this season, Louis Vuitton’s Nicolas Ghesquière was looking to find an expression of empowerment with his collection. Unlike many others, he is sensitive to the fact that, as a man, he must have a carefully considered point of view.

Rather than try and contrive new looks for women, he simply rethought the proportions of the kinds of clothes that have conferred status on people for centuries. Like a samurai suit, or a regal brocade. The ideas were expressed subtly. The samurai shoulder floated like a hoop at the top of the arm. Tops were furnished with huge bell sleeves, like a highwayman dandy. There were slick tuxedos with angular lapels.

Ghesquière has always offered a novel take on items that have historically been worn by men. In 2002, while at Balenciaga, he kick-started the vogue for the military-style blazer, with bold button details and fancy gold frogging. He put it with a pair of tailored combat trousers. It was probably that season’s most influential look. Last year, at Louis Vuitton, he feminised the frock coat, one of the more extravagant gestures of 18th-century male status.

His designs serve to remind us that men have tended to be the more flamboyant of the sexes. This season, the frilly ruffles, fluted sleeves, metallic mesh dresses and brocades gave even the most feminine looks a macho understatement.

Ghesquière had found other strengths “in the architecture” of the cut, playing with the silhouette to create bigger volumes and broader shapes. It was then all softened with jersey and easy fabrications. “I wanted the volume to be extreme but also fluid and comfortable,” said the designer of his obsessive interest in sleeves. “Volume should not be an armour.”

But what of the three looks that appeared halfway through the show? They looked like straightforward menswear, and appeared to be modelled by men. Ghesquière shrugged off the suggestion. “No.” He grinned. “They were all girls. It was just about androgyny.”

Even so, the three looks caused a stir. Those who follow fashion will know that Louis Vuitton appointed a new menswear designer, Virgil Abloh, in March. Abloh made a celebrated debut at the menswear shows in June. And many of the designer’s clothes have since been seen on women, the influencer types who dominate the fashion feeds. This looked like a quiet response to that.

Louis Vuitton, like Dior and Hermès, remains one of the few houses at which the men’s and women’s collections are still distinct, created by different designers with radically different points of view. It’s a rare phenomenon in a world where most collections — Gucci, Saint Laurent, Celine, Burberry, Balenciaga, Calvin Klein, Isabel Marant — are now co-ed and co-designed.

Ghesquière’s “men’s” looks, a bold-shouldered grey suit, bright white blazer and black trousers, and a leather jacket, white polo and greyish trousers, seemed like a gentle nod to that. If women buy men’s clothes, then why not add menswear to the women’s collections?

Louis Vuitton chief executive Michael Burke wasn’t much interested in talking business at the dinner immediately after the season’s final show. But it’s clear that in a week in which the big corporate groups have flexed their muscles, the power of the designer as a brand makes for an interesting point of debate.

Do consumers follow designers? Do they know who makes their clothes? Do they distinguish an Abloh-designed Louis Vuitton T-shirt from a Ghesquière one? Or do they (as is entirely possible) think that it’s all done by some chap called Louis Vuitton? Just as they probably think Calvin Klein himself produced a Jaws-themed collection this season. Many people I talk to in normal life, outside the bubble of fashion, simply don’t know which designer works for whom.

The womenswear season was a confusing one. Full of brand bombast and chest-beating, and the insistent question of who has the power. One wonders whether it should even be called womenswear season when at least 30 per cent of the shows featured men on the catwalk? Perhaps, in a retail landscape where the consumer is becoming more ambivalent about “men’s” and “women’s” labels, the show season should also be less gender-determined. After all, everyone is fluid now.

For more trends and all of our fashion week coverage, visit ft.com/womenswear 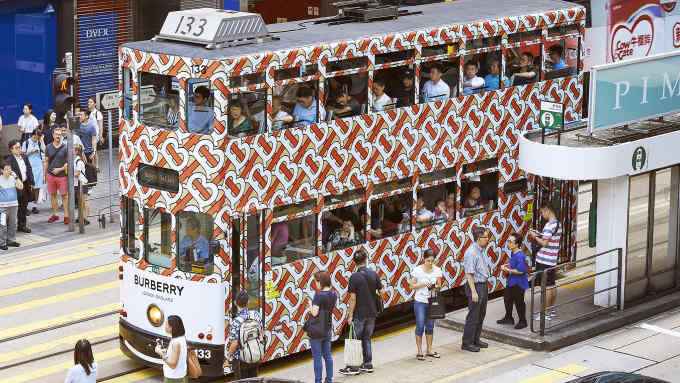