Forget about green — grey is the new dominant colour in high-level discussions about the environmental, social and governance credentials of investment funds. And that’s because lawyers see vast grey areas in the way asset managers verify the environmental bona fides of their products — creating a risk of being sued.

“Here, in the US . . . regulators are hyper-focused on this concept of greenwashing,” says Amy Roy, Boston-based partner of law firm Ropes & Gray. She points to the approach taken by the Securities & Exchange Commission in May when it charged BNY Mellon for misstatements about its ESG ratings, resulting in a first-of-its kind $1.5mn settlement.

“Funds are pursuing ESG values and investment strategies in a number of different ways; the problem is that regulators are looking at this through a much narrower lens,” she says. The SEC has a method of sorting ESG funds into “a few very distinct buckets”, which means managers are forced “to make judgments about how to fit funds and their holdings into these categories, and how to define key ESG terms — judgments that the SEC has already shown itself prepared to second-guess”.

The case against BNY Mellon involved six investment products that did not even claim to be ESG funds but were judged to have been covered by what the SEC said were “various statements” that either implied or represented “that all investments in the funds had undergone an ESG quality review”. Roy says “the adviser was faulted because the ranking system it used didn’t provide [ESG] scores for every single holding in those non-ESG funds”.

She believes that, “now and in the near term . . . a lot of companies that find themselves and their disclosures [to be] a focus of the SEC may ultimately find themselves being used as examples” as the regulator feels its way. “The real harm is the reputational risk,” Roy adds. “ESG is such an amorphous thing. There’s so much in flux right now in terms of definitions, rules and how they apply that everybody is probably in a situation where they are a bit vulnerable.”

There’s so much in flux . . . that everybody is probably a bit vulnerable

There is a similar zeal for regulatory action on the other side of the Atlantic. Norway’s consumer watchdog has threatened lawsuits against clothing companies that over-egg their sustainability credentials. Similarly, the UK’s Competition and Markets Authority, introduced a code for making environmental claims last year and said it would investigate whether consumers were being misled. Clothes, transport and fast-moving consumer goods were singled out as its first areas of focus.

Tom Cummins, a London-based dispute lawyer at Ashurst, says that, while there has not been much enforcement on ESG claims made by investment funds, “it’s an area where there is increasing focus on the regulatory side in terms of what lawyers are advising their clients”.

“We see developments in the US that preview events in this jurisdiction,” he adds. “We do anticipate there will be more activity in this area given that sustainability isn’t going away.”

With scant legal precedent to work from, investment firms in the UK are going back to basics to ensure they are protected against any legal action.

“People are very, very aware of making sure that statements that are made around their approach . . . [tally with] what’s happening on the ground,” says Cummins’ colleague Lorraine Johnson.

James Alexander, chief executive of the UK Sustainable Investment and Finance Association, is pushing the UK government to come up with a better framework than other jurisdictions and is on a panel advising the Financial Conduct Authority on sustainability disclosure requirements and investment labels.

He argues that funds should have to disclose “shareholdings that a reasonable investor might be surprised to see in a particular fund that’s labelled in a certain way”.

“It’s really important to have a good regulatory framework in place that learns lessons from other places,” adds his colleague Oscar Warwick Thompson, who argues that the EU’s Sustainable Finance Disclosures Regulation has “become a fund labelling system by mistake” — instead of serving the wider purpose of strengthening investor protection.

The good news for investment firms on both sides of the Atlantic is that the prospect of being sued by investors, or any other private party, over ESG disclosures is pretty remote for now.

“They [an investor] would have to establish causation,” explains Roy — in other words “that a fund’s share price fall was caused by the alleged misstatement or omission in the fund’s disclosures about ESG”. Taking the example of the SEC’s case against BNY, an investor bringing a legal action would have to overcome the “missing link” of “materiality”.

“It’s difficult to see how it would be material to a reasonable investor’s decision making, whether the ESG ranking system scored every single thing in the portfolio as opposed to three-quarters of them, as was the case,” Roy argues.

Cummins cites a similar obstacle in the UK: “the challenge the claimant faces is . . . showing they have suffered loss”. Those challenges exist for claimants who have “standing”, such as investors in a fund, and are much greater for those who don’t, like people arguing that misleading ESG claims damage the whole planet and everyone on it. “That would be pretty difficult,” says Cummins. “Under English law, you need to show that the defendant owed you a duty of care . . . generally those [broad climate change] claims have proven challenging.” 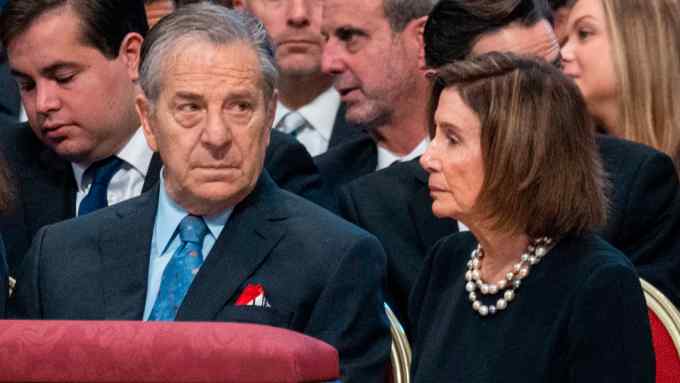