The case for manifesting

Beloved of millennials, supermodels and movie stars, positive visualisation is becoming ever more popular. Is it wish fulfilment or totally woo-woo?

The science of woo-woo? The last resort of lovesick teenagers, or even part of a self-actualising journey to realise one’s professional goals, the act of “manifesting” has become more mainstream in recent years. Bernadine Evaristo claims to have used positive affirmations and creative visualisation to win the Booker Prize, despite then being “almost invisible” in the literary world. On winning it in 2019 for Girl, Woman, Other, she says: “I set that in motion all those years ago.”

The American industrialist Henry Ford was fond of quoting Confucius: “He who says he can, and he who says he can’t, are both usually right”, before adding: “Which one are you?” And many other business leaders claim their success is down to a deep-rooted sense of self-belief. “Spanx started way before I cut the feet off of my pantyhose,” says the undergarment creator Sara Blakely, who visualised her future brand – recently valued at $1.2bn – while selling fax machines door-to-door.

When those doors start opening, you have to just go with it. Because they will, quicker than you can believe”

“There’s nothing in my life I haven’t manifested,” says Roxie Nafousi, a London-based British-Iraqi manifesting expert whose new book, Manifest (Michael Joseph), is published this month. Nafousi, who employs a seven-step strategy for realising one’s goals, defines the practice as “the ability to create the life that you want, to draw in anything you desire and become a master, not a puppet, of your own story”. If Rhonda Byrne’s 2006 self-help book The Secret and her three-step process of “ask, believe, and receive” springs to mind, think again. “That’s only the surface level of it,” says Nafousi. “The real art of manifesting comes from being proactive, fearless, taking risks, and stepping outside our comfort zone. It comes from our subconscious beliefs about what we deserve and from our self-worth.”

Nafousi discovered manifesting at a “rock-bottom” moment in her life, plagued by low self-esteem, drug addiction and unhealthy relationships. She says her life since has changed completely: she’s fallen in love, become a mother and enjoyed career success. She had already ticked off everything on 2021’s vision board by June last year. “I dream big because I know that absolutely anything that you put on there, you will make happen. And that’s not just material things but self-confidence and contentment too.”

Nevertheless, there will be many who stumble over Nafousi’s exhortation to “trust the universe”. Religious people might put it down to God’s work, others might call it serendipity or luck. Sceptics might dismiss such happenings as pure coincidence. Evaristo talks of the mysterious “gap” between what you try to create in your life and the end result.

Dr Tara Swart, a neuroscientist and former NHS doctor with extensive experience practising psychiatry, understands that “advocates make the whole thing sound like a manifesto for magical thinking”, but she does argue that there might be some legitimacy in its claims. In her book The Source: Open Your Mind, Change Your Life (Vermilion), she explores the role of neuroplasticity – the brain’s ability to flex and change. In short, we bring relationships or situations into our lives by focusing, visualising and directing energy towards them through our actions.

“There is so much scepticism around manifesting and I understand why,” agrees cosmetic acupuncturist Sarah Bradden, who began the practice in an attempt to recover from a “vortex of illness” linked to stress and an undiagnosed stomach problem. Inspired by a holistic clinic in Germany, where patients learn to use visualisation and meditation to assist the healing process, within weeks Bradden began to feel better. “I stopped looking like I had been dug up from a grave,” she says. She can’t explain the how. “But when those doors start opening, you have to just go with it. Because they will, quicker than you can believe.”

Bradden now uses manifestation as a daily tool, using “old school” vision boards covered in newspaper and magazine cut-outs to map out future goals. “Looking back, everything in my life is on that board,” she says. It inspired her to help others improve their health: her wellness brand, The Bradden Method, offers facial acupuncture (a 30-minute “Boost” treatment at Hershesons Belgravia is £120, sarahbradden.com) and other treatments to “alleviate lifestyle stresses”. 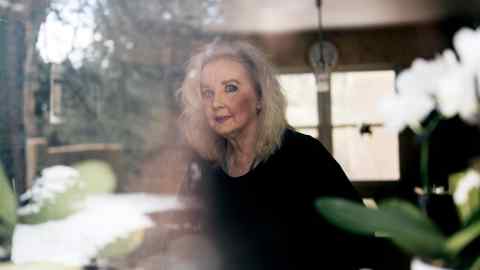 Is manifesting the antidote to feeling powerless, a way of clawing back some control over our lives? Nafousi’s book is certainly a roadmap for a more positive way of life. “If you look at many CEOs and successful business leaders,” says Nafousi, “they are manifesting even if they don’t use the word. They have clear vision, rituals, a strong work ethic. They take action, they persist, they deal with challenges in a way that doesn’t derail them or lower their confidence. They are following the seven steps; they just don’t know it.” 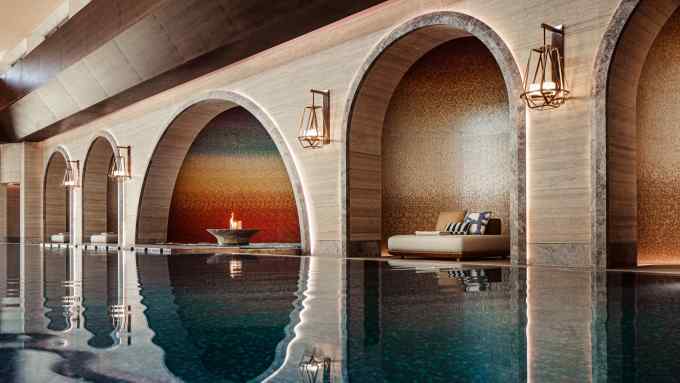