Eric Platt in New York and Demetri Sevastopulo in Washington

Index provider MSCI said it would drop seven companies that the US government has labelled as having ties to the Chinese military from its indices, after Donald Trump barred US investors from holding stakes in such businesses.

MSCI said the seven companies — which included SMIC, China’s biggest chipmaker — would be removed from its global equity indices at the end of the trading day on January 5. The businesses will be dropped from MSCI’s popular emerging markets indices.

The decision has been keenly anticipated, given MSCI indices are the benchmark for many money managers who specialise in emerging markets. More than $12tn is invested in funds benchmarked to one of the company’s thousands of indices, according to MSCI.

Other large index providers including FTSE Russell, Nasdaq and S&P Global Dow Jones Indices have taken similar action to comply with an executive order signed by Mr Trump last month. On Monday, trading app Robinhood told customers that they would no longer be able to buy shares of companies affected by the order, according to a spokesperson for the company.

The order prohibited new transactions in shares of Chinese businesses that the Pentagon alleged have ties to the Chinese military from January 11 and gave existing shareholders until November 2021 to divest their holdings. 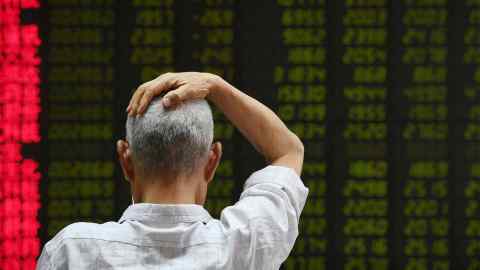 The companies MSCI had decided to remove include China Railway Construction Corporation, China Communications Construction Company and Hikvision, a surveillance camera company that has supplied some of the equipment used in detention camps in Xinjiang, where the Chinese government has held an estimated 1m Muslim Uighurs. The locomotive manufacturer CRRC, the computer server maker Dawning Information Industry Group and the satellite manufacturer China Spacesat will also be cut.

MSCI said it had only removed companies explicitly named in the executive order and not subsidiaries or affiliated companies. The seven companies trade in China and Hong Kong and accounted for roughly 0.3 per cent of the value of the MSCI Emerging Markets Investable Market index, which includes almost 3,000 stocks.

The Robinhood users will no longer be able to buy stocks including China Mobile, China Telecom and SMIC from January 4. Robinhood said it would sell the shares of those securities if they remain in customer accounts by the November 11 deadline, and credit the proceeds to the customer accounts.

MSCI said it had consulted investors and found that even those outside the US warned the executive order would “significantly limit their ability to transact in the impacted securities”.

The provider added it would launch new indices that do include the seven companies, for investors not affected by the order.

The Pentagon this year published three tranches of Chinese companies with alleged military links and Congress last week passed a defence spending bill that would force the Pentagon to annually publish a comprehensive directory, underscoring the growing bipartisan consensus on Capitol Hill to take a tougher stance against China.

Mr Trump this year gave officials the green light to take a more confrontational line towards Beijing. While Joe Biden could reverse many of those actions after he is inaugurated as president, his team has not outlined which measures he may jettison and which actions he will keep in place.

MSCI’s move marked a victory for the Trump administration, which earlier this year singled out one of its indices in its pressure campaign on China: the main US federal government retirement fund in May halted a plan to invest pension funds in Chinese companies via the MSCI All Country World ex-US Investable Market index.

Video: What does a Biden presidency mean for China?
Reuse this content (opens in new window) CommentsJump to comments section 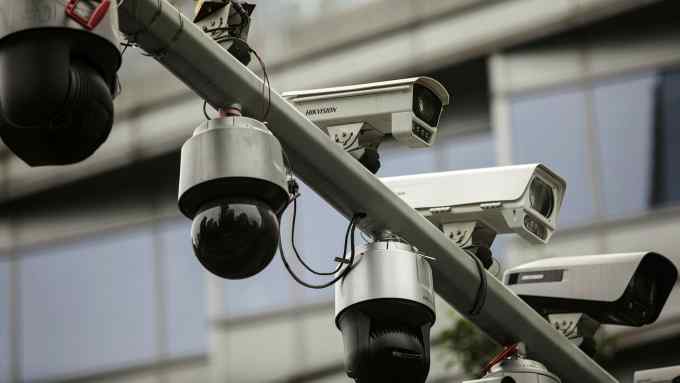