The natural gas industry has spent the past decade pitching its product as the cleanest fossil fuel and a necessary bridge from the coal-powered past to a renewable future.

But the fuel’s prospects have been called into doubt as energy transition gathers pace, casting a shadow over an industry that has pumped tens of billions of dollars into projects to produce and ship natural gas worldwide.

Climate politics have tilted against natural gas. Japan, South Korea, the EU and the US have pledged to be net carbon-free by 2050 and China by 2060. These are mainstay markets that account for more than half of global natural gas consumption.

At the same time, a rapid drop in wind, solar and battery costs has enabled an accelerated rollout of renewables, which threatens to erode gas’s market share. Even in the US, where cheap shale gas continues to flow, the amount of renewable generation capacity built between 2020 to 2024 will be three times that of gas capacity, according to the Energy Information Administration, a federal government forecaster.

This sudden pressure on the industry has led to a realisation that its “cleaner-than-coal” pitch is no longer enough. Its future now depends on stripping emissions from the production, transportation and ultimate burning of its gas.

“The debate in the industry is about what needs to be done to ensure that gas remains financeable,” says Massimo Di Odoardo, vice-president of gas and LNG research at Wood Mackenzie, a consultancy. “Reducing scope one and two emissions [from direct operations and purchased power] is one thing players in the industry can do. That competition has really just started.”

Right now, analysts believe the most pressing issue for companies in the sector is controlling the high emissions of methane from wells, pipelines and other parts of the natural gas chain.

Natural gas emits about half as much CO2 as coal when it is burnt, but environmentalists argue that the sector’s green credentials are undermined by emissions of methane, which has 80 times the warming potential of CO2.

Those emissions can come from venting methane at the well because of a lack of equipment to transport the fuel, or from leaks at pipelines and storage sites.

“Many are starting to do something about it as they realise methane emissions put their licence to operate and their very business at risk,” says Antoine Halff, chief analyst at Kayrros, a group that uses satellites to track methane emissions.

The International Energy Agency reckons that about 70m tonnes of methane were leaked into the atmosphere in 2020, roughly equivalent to the annual energy-related CO2 emissions of the EU. Its methane tracker report this year said it was in companies’ “strong interest” to rein in methane emissions, as buyers would be looking to source the natural gas with the lowest emissions.

“Aside from the environmental gains, oil and gas operations with lower emissions intensities are increasingly likely to enjoy a commercial advantage,” the report concluded.

The liquefied natural gas (LNG) business, which has put billions of dollars into new plants to chill natural gas to enable its transport by sea, has also set out to confront the threat.

Vitol, the commodities trader, launched a Green LNG product in March, which it says will allow buyers to purchase offsets to mitigate the emissions generated from initial exploration through to delivery of the cargo.

Shell, the energy company, used a similar offset scheme to claim that an LNG cargo it received in Wales in March was “carbon neutral”, although critics argue that offset markets are both hard to verify and open to greenwashing.

NextDecade, a US LNG developer, revealed plans in March to capture and store carbon emitted by its proposed Rio Grande LNG plant on the US Gulf coast. This would be the first LNG plant in the US with CCS capability, which the company said would slash its emissions by more than 90 per cent. A US federal tax credit for new CCS projects will help offset the added cost, the company says.

“There’s no question our customers are increasingly focused on buying low carbon or net-zero LNG cargoes,” says Matt Schatzman, chief executive of NextDecade, who hopes to give final approval to the project this year.

Wood Mackenzie’s Di Odoardo argues that, with CCS and other mitigation efforts, natural gas could maintain demand even as emissions are cut in line with targets in the Paris Agreement.

That demand would largely come from Asia, where gas plus CCS could still be the alternative to coal, offsetting declines in Europe and to a lesser degree the US.

However, at the same time, the prospects for gas in Europe could be bolstered by a move in Brussels to classify gas as a partially sustainable technology under its green labelling system for investors.

It would be “a business that can still spin a lot of money”, says Di Odoardo. “A lot has to happen before we get there.” 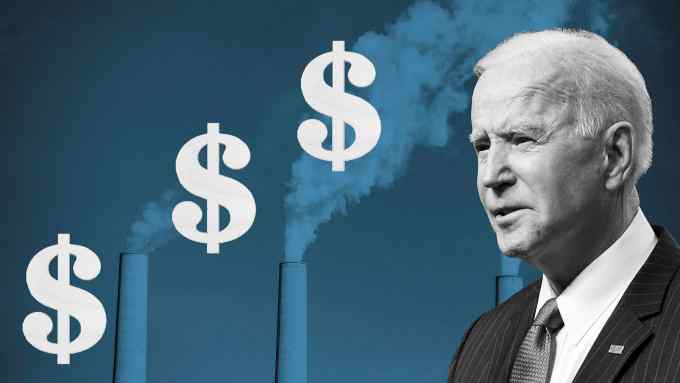