Summer starts here… or there

La Paz, at the southern end of the Baja California peninsula, is a storied place (see John Steinbeck’s The Pearl, in which it is an intriguing protagonist). It’s also on the up as a destination for Californians keen to trade Cabo’s glitz for something more contemporary. Brothers Jaime, Rafael and Moisés Micha and their friend Carlos Couturier – the men behind the Grupo Habita hotel collection, Mexico’s recognised anointers of The Next Big Thing – have long had their eyes on it. When they found the right site – an early-20th-century villa, gone a bit to seed – they got to work, expanding and enlisting French design duo Jaune to execute the interiors. The result is Baja Club, a 32-room winner right on La Paz’s historic Malécon that opened in March. Original ironwork on doors and windows has been preserved; likewise the vintage red terrazzo floors. But elsewhere the Micha fun factor is much in evidence – from the outdoor kitchen to the groovy rooftop terrace bar (they’ve elevated the sundowner to a high art form) to the unexpected modern-Greek flavours on the restaurant menu.
designhotels.com; from $274

How has the Portobello Road – so often retold in film and television as to feel a bit of a caricature of itself – maintained its allure? Somehow it has, as a diehard international fanbase would attest. Now there’s a new address to live it for a weekend, or longer. With just four suites across as many floors, Number Six Portobello Road will be reborn next month as a tiny guesthouse called The Lost Poet. Homage is paid to the legendary market in the form of brocante, bibelots and wood panelling reclaimed from old schools, mixed up with contemporary wallpapers and extravagantly tiled bathrooms. For maximum cosiness, opt for the ground-level green room, with its deep window seat and leafy views; for a skyscape of Notting Hill rooftops (and a private terrace), the top-floor blue room is your bet. Or take it over en famille – it comes with scaleable service, including private guides if you want them.
thelostpoet.co.uk; from £200

Igniting the (six) senses in Ibiza

A big-name hotel brand flagging Ibiza: there goes the neighbourhood? Probably not, when the brand in question is Six Senses. Having staked out 20 acres on Cala Xarraca, at the island’s northernmost tip, Six Senses Ibiza will have 116 guest accommodations, including suites, villas, waterfront “caves” and multi-room residences. They’re going deep on event programming for both summer and winter, with moonlight suppers, photo exhibitions and concerts at the beach, alongside the more standard wellness and mindfulness retreats. Arguably the most exciting bit? Eyal Shani – the Israeli wonderchef with more than 20 international restaurants to his name, who brilliantly commodified and exported the Tel Aviv street-food scene – is overseeing the dining.
sixsenses.com; from around €1,080 per night

More to the Maldives

While countless perennial destinations foundered in the pandemic, other unlikely ones unexpectedly thrived. The Maldives, for instance; with its low positivity rates and strict testing regimens, its high-end resorts across all 26 atolls found themselves booked up close to solid in some cases. Now comes an ambitious new player: the Fari Islands are positioned as a sort of Maldives 2.0, a mini atoll of four main islands that share a lagoon, a marina and a “lifestyle” village, and a best-in-class roster of sustainability experts, chefs, wellness purveyors, curators and artisans who do things diligently by the regenerative book. Two resorts are about to open here. The 100 one- to three-bedroom villas at The Ritz‑Carlton Maldives, Fari Islands, designed by Kerry Hill Architects, stretch across a cluster of four islet, with requisite spa and kids’ club and, eventually, a full seven restaurants representing various global cuisines. To the north is Patina Maldives, Fari Island, the first resort from a new Singapore-based brand that skews young and cool. Marcio Kogan handled the design here, and the villas are delicious contemporary cubes, all light wood, sliding glass doors and long, sexy plunge pools.
patinahotels.com; from about $1,750. ritzcarlton.com; from $1,500

READ MOREHow To Spend It: The Travel Issue
A fine romance in New Orleans 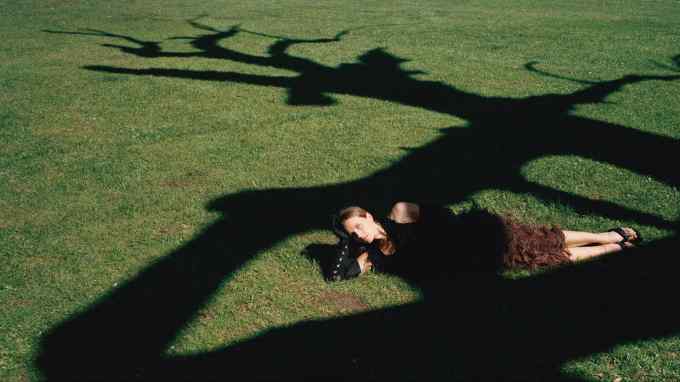