KPMG, Standard Chartered and others cutting their ties have had a few ‘issues’ of their own
Robert Shrimsley 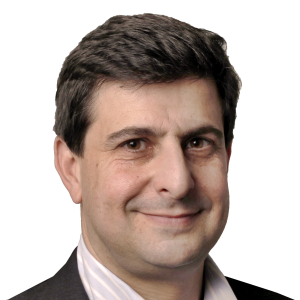 You know things are going badly wrong when KPMG decides that its association with you is tarnishing its image.

In recent years, the Big Four accountant has been something of a standard-bearer for corporate scandals. It has been fined on both sides of the Atlantic for errors and malpractice in auditing a raft of firms, as well as using information stolen from a US regulator to improve its inspection results.

This is how bad things have now got for Prince Andrew, the Duke of York. You befriend one paedophile and, suddenly, all those years of golf count for nothing.

Even KPMG — the firm denounced by the SEC for “ethical failures”, and with questions to answer over Carillion, Ted Baker, Quindell and its links with South Africa’s Gupta family — is beginning to fear that associating with Andrew is bad for its brand. When you consider some of the people who stayed in KPMG’s good books, you know there’s no easy way back from this for the Duke.

So, reluctantly, KPMG has ended its association with the Duke’s business mentoring scheme Pitch@Palace. There is no suggestion that there was anything untoward in the scheme itself, but obviously a firm with KPMG’s reputation needs to be more careful when kissing up to royalty.

It wasn’t troubled by all the previous stories about his friendship with Jeffrey Epstein — or “Ep-shtine” as Jeremy Corbyn decided to refer to him in the TV leadership debate — but once the Duke started talking about it incompetently on television, well, KPMG just had to walk away.

Others have also cut the cord. Standard Chartered — fined $1.1bn for lax money-laundering controls and sanctions-busting with Iran, Zimbabwe, Myanmar, Sudan and Syria — has now abandoned the Duke’s scheme loose amid fears he’s no longer good for its image.

Apparently StanChart’s sanctions issues were all the fault of two (inevitably junior) employees. The seniority of those previously happy to scrape an acquaintance with the Duke is unclear.

Barclays, whose list of scandals would take this column over length, has also concluded that cocktails with the Prince are not quite what they were and so has decided to find other business mentoring schemes to back. Like Claude Rains, crooked gendarme in Casablanca, all these businesses were “shocked, shocked”.

Students at the University of Huddersfield want him to resign as chancellor and even the Golf Foundation is monitoring his position. For the English National Ballet and the Royal Philharmonic Orchestra, the Duke’s interview was the day the music died. By the end of last week, he was stepping back from some 230 patronages.

Few will feel any sympathy for the Duke after his high-handed, tone-deaf and unsympathetic TV interview. Whatever the truth about some of the murkier allegations, it is clear that he found Epstein sufficiently useful not to ask too many awkward questions.

Royals, especially the minor ones, have long relied on networks of unsavoury hangers-on who facilitate the less public aspects of their lifestyle. It benefits both parties: the royal gets discreet access to that circuit and the host gets access to royalty.

But the Duke’s Epstein issues were well-known long before the TV interview. The Duke had been forced to stand down as the UK trade envoy in 2011 over his friendship with Epstein, who by then was already a convicted sex offender.

Had all those highly moral financial firms forgotten about that when they rushed to back his new initiative, or did they just think the issue had subsided? Perhaps they were badly conflicted; on the one hand, uncomfortable associations with a discredited Duke, on the other, sherry at Sandringham.

A sudden burst of publicity really does focus the minds of business sponsors and clearly there is no percentage in standing by the Duke right now. After all, if his own family don’t want him tarnishing the brand, you can hardly blame a company for taking a similar view.

Still it is a warning to all who might associate with royals — approach with caution, you don’t know where they’ve been.

Follow @FTMag on Twitter to find out about our latest stories first. Listen and subscribe to Culture Call, a transatlantic conversation from the FT, at ft.com/culture-call or on Apple Podcasts