We’ll send you a myFT Daily Digest email rounding up the latest Baselworld news every morning.

Baselworld, the biggest annual watch and jewellery fair globally, has been bedevilled by an identity crisis that peaked last summer when it was forced to review its format after its biggest exhibitor, Swatch Group, announced it was quitting the show.

Efforts since made by the fair’s organisers to overhaul the event — which had already seen exhibitor numbers fall dramatically between 2017 and 2018 — will be subjected to intense scrutiny as it kicks off in Switzerland this week.

“These are not easy times, but we have a lot of good ideas, changes and new concepts,” says Christian Jürgens, Baselworld’s head of communications. One is an initiative for the fair’s jewellery contingent, which will move to a more prominent location in the venue’s central hall, he adds.

There will also be a new plaza with big screens and catwalk shows three times a day, Mr Jürgens says, “which will present jewellery with high-end fashion”.

Baselworld has also taken up against price gouging by the host city’s hotels and restaurants — an oft-cited irritation among exhibitors and visitors over the years. Mr Jürgens says an agreement has been reached with “40 hotel and restaurant partners, who will not raise prices for the fair”.

But will a renewed focus on jewellery, fashion shows and commitment by a few dozen restaurants not to pump up their prices be enough to woo back brands and staunch the flow of departures?

The event’s organisers are framing this year’s event as a transition, during which it will present its “vision” for 2020 and beyond.

Baselworld had been under extreme pressure before last summer’s exodus of brands: exhibitor numbers in 2018 were close to 650, having halved from 2017 — though the number of visitors remained steady at just over 100,000.

The exhibitor tally for this year’s event has fallen further still, to about 500. “This number is smaller than it was in 2018 and certainly lower than we had hoped,” said Baselworld’s managing director Michel Loris-Melikoff in a statement earlier this month.

Attention will focus on Baselworld’s closing press conference, in which the finer details of its grand vision will be unveiled. Yet some brands have already been going their own way.

Private equity-owned watchmaker Breitling says is set to make an announcement of its own at the end of the fair.

The brand promised Baselworld that it would wait until it had fleshed out a new show concept before deciding on its future relationship with the event, says chief executive Georges Kern: “We will inform [them] after the fair how we will move forward with Basel in 2020.”

Breitling will also hold off-site events — or what Mr Kern calls summits — during this year’s Baselworld to unveil its latest products and ideas. The format features a giant screen, “a Steve Jobs Apple-style presentation, and in an hour you’re done”, he explains.

Mr Kern has held similar summits in Asia and feels that expanding the format into the US and Europe can dramatically shorten the time to market. “Whatever happens we will go for summits in the future,” he says. “They are more impactful than small presentations at a booth.”

Swatch Group will be also putting similar ideas to the test this week, as it hosts its own presentations for retailers over in Zurich.

At a press conference in Switzerland last week, chief executive Nick Hayek explained that the event was conceived in response to “the wish of the retailers”, who wanted to visit the brand while they were in Basel.

“[Baselworld] has to do without Swatch Group,” he told journalists. “We don’t feel bad” about not being at the event. “We don’t have to engage in any kind of show business.”

Mr Hayek added: “We will do more business because our people will be in the markets and not at Baselworld.” 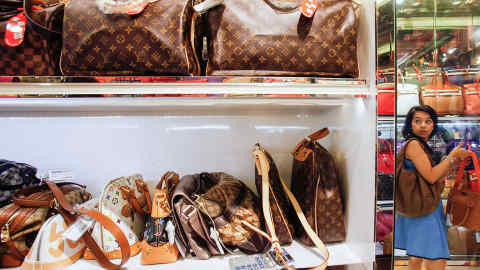 Brian Duffy, the chief executive of multibrand retailer Watches of Switzerland, says he is excited to see what “the rocks of Basel” — Patek Philippe and Rolex — will be showing.

“Over the last three or four years it is phenomenal what Rolex and Patek have done in terms of market leadership,” he believes.

However, he feels that Swatch’s absence from the fair will leave a big hole. “We always look forward to the watch fair. I am a little sad about not seeing a huge presentation from Omega and the other Swatch brands,” he says.

“Does it indicate a permanent downsizing [of the fair] overall? We will see,” Mr Duffy adds.

As Baselworld unfurls its grand plan for next year, its organisers will perhaps hope the congregation takes the view that size isn’t everything.

This year British automotive marque Bentley celebrates its centenary with this new chronograph featuring a burr elm dial based on the veneers used for the dashboards and door cappings of its cars. The watches will be limited to 200 in red gold and 1,000 in steel. £22,500 (red gold); £7,950 (steel)

Louis Blériot wore a Zenith during his historic cross-Channel flight 110 years ago — inspiring the creation of this vintage-look 45mm pilot model with a silver case and riveted silver dial. The calfskin strap takes styling cues from a leather aviator helmet. £6,400

Graff focuses on at-risk wildlife with its new watches featuring endangered species. This model shows an elephant created from a three-dimensional mosaic incorporating aventurine, blackened gold and diamonds. Other animals include a tiger made from yellow and ‘cognac’ diamonds. SFr850,000 (£640,000)

Launched in 2017 by former HSBC banker Francois Moreau, Reservoir’s latest collection of retrograde hour watches includes the company’s first gold model, the Longbridge Rose. It features a dial based on the speedometer of a classic Mini car. $16,800 (£12,700)

Patek Philippe has gone vintage with the latest iteration of its classic chronograph. A 41mm, white gold case houses a varnished blue dial, gold numerals with a luminous coating and a tachymeter scale to measure speed and distance. The hand-wound movement can be seen through a sapphire crystal back. £56,430

The 1993 model combined a steel case with articulated diamonds that drifted across the dial in the style of ice hockey pucks whenever the watch was moved. This new version in steel or gold sees the return of the flexible galet bracelet used on the original. £12,200/£22,000

Chanel has given its Boy.Friend woman’s watch a mean and moody makeover. The signature, long octagon case is finished in scratch-resistant black ceramic and the hand-wound, skeletonised movement has been given a similar dark finish. A black alligator strap completes the edition, which is limited to 55 examples. £28,250

This edition pays tribute to the firefighting profession with its yellow and red colour scheme. It comes with a woven paracord strap, another made from recycled firefighter boot leather, a key ring and a Swiss Army tool knife. £769