Much has been written about the US Federal Reserve’s challenge in combating persistent inflation, now running at 7 per cent. But in its role as regulator, the Fed has an even greater challenge: maintaining financial stability as it raises interest rates.

Recall that interest rate hikes helped catalyse the financial crisis of 2008 and 2009. Then, as now, easy money had led to high levels of borrowing and inflated asset valuations — conditions that could no longer be sustained as monetary policy tightened.

Total levels of indebtedness are even higher today, and the 2008 housing bubble arguably pales in comparison with the pervasive “everything bubble” we have now.

While banks are better capitalised than they were prior to the financial crisis, vulnerabilities that have long plagued the system remain. In recent years, regulatory policy — like monetary policy — has become too accommodative. The Fed, working with other regulators, must quickly reverse course.

A good place to start is the stress tests that are used by the Fed to make sure major banks can withstand severely adverse conditions. Over the strong dissents of Fed board governor Lael Brainard, the central bank has repeatedly weakened the tests.

For instance, banks no longer have to prove they can expand their balance sheets to support the economy in times of stress. They no longer have to pass one of the more rigorous tests of capital strength called the enhanced supplementary leverage ratio, or eSLR, that restricts how much they can borrow.

The Fed has also failed to apply stress scenarios where both interest rates and consumer prices are rising in a slowing economy, conditions that exist today and may well worsen. In 2018, it did require banks to stress rising rates along with deep corrections in asset prices. Not surprisingly, those with large trading exposures such as Morgan Stanley and Goldman Sachs were most affected, and struggled to pass the eSLR. The Fed has not stress tested rising rates since 2018.

This year, the Fed must restore the stress tests to their former rigour, and include scenarios that assume steep increases in interest rates, persistent inflation and major corrections across all markets.

The Fed’s own financial stability reports have recognised that a broad range of asset prices are vulnerable to significant declines. Stress tests should measure how falling prices could expose banks to losses directly and through their customers.

And the Fed should follow the lead of many developed countries and require banks to have a meaningful countercyclical capital buffer so they have excess capital available if the economy falls into trouble. This would help compensate for the many years when the Fed approved shareholder distributions that exceeded banks’ earnings, depleting their capital strength.

Regulators must also collectively finally address longstanding vulnerabilities that extend beyond the banking system. Kudos to Securities and Exchange Commission chair Gary Gensler for recently proposing reforms to address unstable prime money market funds, which had to be bailed out during the financial crisis and again during the pandemic.

Markets in repos — also a problem during the financial crisis — have improved somewhat as these sale and repurchase transactions are now primarily in US Treasuries. But they still malfunction. Common sense solutions such as centralised clearing as well as consistent collateral and capital requirements have been studied ad nauseam. It’s time to act. 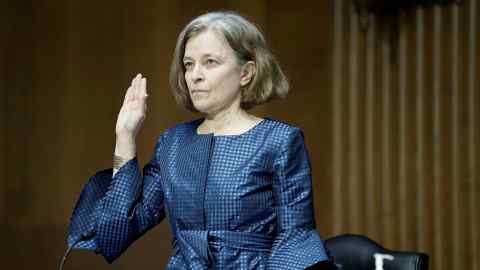 Big banks will argue that they did well during the pandemic so there is no need to toughen their oversight. In truth, they did well because of actions by the Fed and Congress to backstop debt markets, while providing trillions to help households and businesses.

Given sky-high federal deficits and the Fed’s swollen $9tn balance sheet, it will be harder for fiscal and monetary authorities to rescue the financial system again if its gets into trouble. Nor should they. Massive additional stimulus to rescue Wall Street would pour fuel on the flames of inflation, burdening household budgets and eroding real wage gains.

If there is another crisis, we cannot afford to prioritise Wall Street over Main Street, as we did during the financial crisis. This time around, regulators must make sure banks can stand on their own.