Are you sleeping sustainably?

“Most expensive mattresses are still, generally, full of synthetics,” says Mark Tremlett, a keen sailor who co-founded Devon-based company Naturalmat in 1999 with the aim of making all-natural mattresses for boats. “I saw people buying expensive boats but sleeping on poor-quality materials,” he says. “Why would you spend half a million pounds on a boat then sleep on a £30 piece of polyurethane? Synthetics don’t breathe, and they absorb heat and moisture. Our first strapline was: ‘Soggy, smelly mattress?’ It was a question for boat owners because that’s what they were sleeping on.”

Over the past 20 years, Naturalmat has moved into mattresses for landlubbers, which can be found in hotels such as Six Senses and Berkshire’s Cliveden House. All are made by hand at its factory in Topsham, on the banks of the River Exe, based around four core materials: organic cotton, locally sourced wool, natural latex and coconut fibre. While the starting point for the designs was breathability and comfort, they are also organic, chemical-free and biodegradable – properties that are of increasing interest, says Tremlett, adding that the brand’s retail sales rose by 68 per cent last year. He notes the heightened awareness around sustainability as well as the importance of sleep as part of wellbeing in general.

It’s a trend also being noticed by heritage Swedish brand Hästens, which handcrafts its mattresses (from £1,270) in the same fibres and fabrics as it did in 1852. “All our models are made with layers of natural materials such as flax, horsetail hair and cotton,” says Jan Ryde, executive chairman and owner of The Hästens Group. “Sleep affects your immune system, your health, your joy, your love and passion, and your quality of life.”

There is growing evidence that flame-retardant chemicals can affect the endocrine, immune, reproductive and nervous systems

Hästens’s natural materials create an “optimal climate for sleep”. The horsetail hair “transports moisture so that your body can regulate the temperature around it” while flax “diverts and prevents static electricity”. This year, the brand has launched an app of soundscapes to further enhance sleep quality; it’s also bringing its ethos to new audiences in collaboration with New York streetwear label Supreme, whose red-and-white logo is woven into a classic pocket-sprung Maranga bed (from £8,000) to “give progressive, open-minded, and wellbeing-interested customers an awesome experience”.

These are mattresses for clean living – free from toxins, and in particular chemical fire retardants. “They are real nasties,” says Tremlett. “They are probably the worst at emitting toxins, whereas wool is a natural fire retardant.”

Interior designer Tara Craig agrees. “Chemical fire retardants are endocrine disruptors, and are absorbed through inhalation as well as through the skin,” says the London-based creative, whose sustainable furniture brand Ensemblier creates custom-made mattresses and headboards with layers of hessian, horse and boar hair, organic cotton and wool felt. Polyurethane foam is never used. “Not only does it have a limited lifespan of eight years, but typically 11 per cent of it is made up of flame-retardant chemicals. On average, people change their mattress every eight years; this means that in the UK an estimated nine million mattresses are disposed of every year, each with around 15kg of flame-retardant chemicals.”

According to the National Institute of Environmental Health Sciences in the US, “there is growing evidence that many flame-retardant chemicals can affect the endocrine, immune, reproductive and nervous systems. Some animal studies have shown that long-term exposure to flame retardants can lead to cancer.” The effects of these chemicals are under investigation – a point made by British brand Vispring as this week it launches its new, limited-edition Lana mattress (£2,625), using locally sourced wool from the Exmoor Horn sheep. Now that is something to sleep on.

READ MOREWellbeing and fitness: the science of sleep
Are you sleeping sustainably? 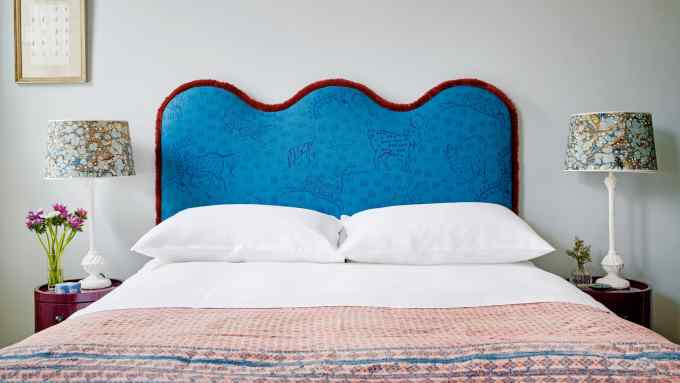