Frieze is back in physical form

“Collecting should be for every­one,” says Eva Langret, director of Frieze London. And so, she continues, this year’s in-real-life fair includes a new section, Editions, devoted to multiples, generally a more affordable form.

It’s one of several innovations to both Frieze London and Frieze Masters for the 2021 venture, opening in Regent’s Park next week. Art fairs are like sharks — they have to keep moving — and, like all the best fairs, Frieze continuously updates its offerings, adding and changing according to whatever’s topmost on the cultural agenda.

Besides the Frieze Artist Award — this year’s winner, Sung Tieu, makes work that riffs on cold war acoustic weaponry and sonic warfare — and the equally longstanding Focus section for younger galleries, the Live section (for performance and other kinetic art) is this year curated by Languid Hands, the working duo of Imani Robinson and Rabz Lansiquot. For obvious reasons, this one’s challenging under current conditions, and takes place off-site and online.

Overall, Langret says, the aim is “elevating new voices”. Meanwhile, across the park at Frieze Masters, director Nathan Clements-Gillespie will be elevating older voices — everything from antiquities to Old Masters and on into the 20th century. This year, a special spotlight falls on the work of the great South African William Kentridge, with art from the Apartheid era. A new section for Frieze Masters, entitled Stand Out, is featured in our coverage.

Talks programmes back up each of the fairs, as well as online viewing platforms. Further features include the annual curatorial award, and a focus on environmental concerns.

Offering UK-based young minorities a chance to develop their curatorial practice with renowned art institutions, the Frieze x Deutsche Bank Emerging Curators Fellowship aims to address racial disparities and a lack of representation in the UK’s visual arts sector. The scheme has selected two curatorial fellows to undertake 12-18 month paid placements, including Kinnari Saraiya, who has begun working with the Baltic Centre for Contemporary Arts in Gateshead.

The fellowship launched last year in partnership with British artist Idris Khan and Chisenhale, a gallery with experience in providing training and professional development for young curators from diverse backgrounds.

“What’s special about this fellowship is that it will provide not just theoretical knowledge but really practical and hands-on experience,” said Chisenhale director Zoé Whitley in an interview with Frieze. “There’s agency built into it as well, with an allowance for their own curatorial output. This isn’t going to be an internship where someone will just be handed the photocopying.”

The gallery’s new fellow is Amina Jama, whose background is rooted in poetry and has already led workshops for primary school children at Chisenhale. “Having Amina in post is a game-changer,” Whitley tells the FT. “[She] brings new curatorial energy and insight to the team while learning first-hand how our artist-centred approach transforms ideas into new commissions.”

This week, the fellowship announced its return with a new partner institution, V&A East, the museum complex soon to open in Stratford’s Queen Elizabeth Olympic Park. This year’s fellow will be announced during the fairs in Frieze Week.

The newly formed Gallery Climate Coalition (GCC), uniting galleries, institutions and individuals, will present a booth at Frieze London sharing advice, tools and resources on how the art world can cut its emissions and encouraging the public to discuss climate issues. The non-profit organisation will share its booth — donated by the fair — with like-minded organisations, including Culture Declares Emergency. Wolfgang Tillmans has donated an artwork for sale during the fair to support GCC.

Gallery Climate Coalition will also launch Artists for ClientEarth, an initiative in collaboration with Christie’s and international environmental charity ClientEarth, with the ambition of advancing the art world’s fight against climate change. Over the next year, works by artists including Antony Gormley and Xie Nanxing will be auctioned in Christie’s 20th/21st century marquee sales to raise funds to support ClientEarth.

The works have been donated by the artists and their galleries. The first work to be auctioned will be Cecily Brown’s “There’ll be bluebirds” (2019) on October 15, with a presale estimate of £500,000-£700,000. Each sale will offer works that are local to where the auction is being held to reduce carbon emissions. 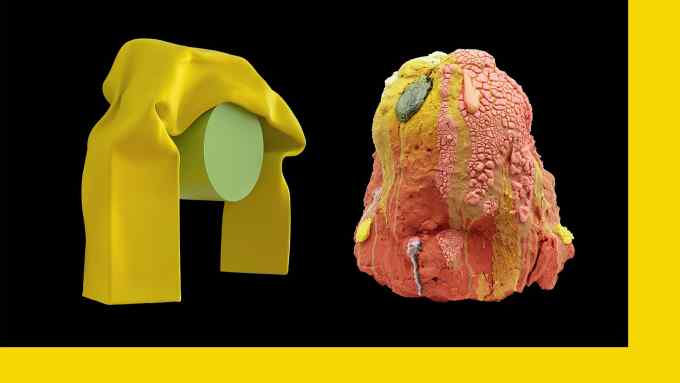