Sign up to myFT Daily Digest to be the first to know about Financial services news.

London’s role as the most important hub in Europe’s rapidly expanding $1tn exchange traded fund industry is clouded by uncertainty by the absence of a post-Brexit agreement over financial services between the UK and EU.

Under the Brexit withdrawal agreement, the UK gave up its rights to sell financial products and services freely across the entire EU, a system known as “passporting”. Instead UK access to the EU’s financial markets from January onwards will rely on arrangements known as “equivalence”, based on mutual recognition of regulatory standards by both sides.

Brexit supporters argued that a judgment that the UK’s financial regulatory system was equivalent should be straightforward as the entirety of EU law, the acquis communautaire, has been transposed on to the UK statute book.

However, the EU has yet to grant many equivalence decisions to the UK, with the European Commission insisting that it will take account of British plans to diverge from EU rules in the future.

The UK government has unilaterally granted market access rights to the EU but there has been no quid pro quo agreement by Brussels. Some analysts believe this is a ploy by the EU to force the UK to come to an agreement as the clock runs down in trade negotiations. Other observers think that the EU views Brexit as an opportunity to drag business away from London and that withholding equivalence will accelerate that process.

Worries about the City’s future have been fuelled by a European ruling that investment managers and banks based in Europe should execute trades of stocks listed on EU venues from January, even if there is more liquidity available in London. This could lead to an increase in trading costs for pan-European ETFs which own these stocks.

European regulators have also yet to rule on where derivatives must be traded from January, a decision that could affect swap-based (derivative-linked) ETFs that are listed in London.

BlackRock, the world’s largest asset manager and the biggest ETF provider, says the steps already taken by the UK government should ensure European investors can still access ETF liquidity in London after the end of the Brexit transition period.

“We are confident that ETF trading will continue without interruption and that trading venues will be able to maintain liquidity as before,” he says.

More than 1,500 ETF share classes are listed on the London Stock Exchange, where activity levels have been rising strongly. Almost 6.4m ETF trades worth £126bn have been completed in the first 10 months of the year, up from 4m trades worth £103bn in the whole of 2019, according to LSE. About 8.6 per cent of all European ETF trading in the third quarter of 2020 was on the LSE, up from 5.9 per cent in the first quarter.

Big institutional investors and specialist ETF traders tend to gravitate to where liquidity is most plentiful because this helps them to conduct business more efficiently.

Ivan Gilmore, the LSE’s head of exchange traded products, says the deep liquidity of ETF trading in London will continue to attract investors from around the world despite uncertainty about an equivalence decision by the EU.

“The LSE will remain open to all. We have assured ETF issuers and our trading members that we don’t see any impediment to their open access continuing after the end of December,” says Mr Gilmore.

Even if the EU does grant equivalence to the UK, Brussels will retain the power to withdraw this at short notice.

“Equivalence is a tool for the EU to gain greater oversight of cross-border financial services from third countries, but it is also fundamentally a political and international trade tool,” said PwC, the professional services provider.

Switzerland, a non-EU country, had the equivalent status for its stock exchanges revoked by Brussels last year after negotiations about a broad economic agreement stalled due to disagreements over issues including state subsidies, wage protection and freedom of movement. Switzerland retaliated with its own ban on trading Swiss equities on exchanges in the EU.

The dispute, which remains unresolved, shows how the equivalence process can become politicised. Some observers fear the problems in Switzerland could be repeated in the UK, given its determination to assert sovereignty as an independent trading nation outside the bloc.

Keshava Shastry, head of capital markets at DWS, the German investment manager, says EU-based ETF providers have continued to list new products in Switzerland after the withdrawal of equivalence by Brussels.

“I would expect European ETF issuers to continue to list on UK venues even without equivalence. I don’t think there will be any major problems,” adds Mr Shastry. 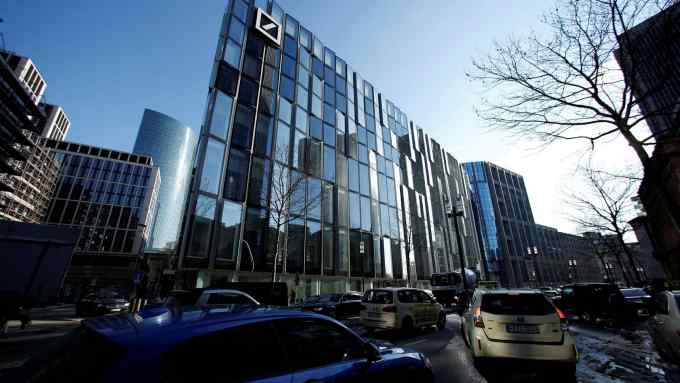