Interventions have been limited, stymying students’ ability to advance. But pioneering programmes are emerging

Over the past three years, Florence Ravaonindrina has noticed a sharp improvement in basic maths skills among children in her primary school in Talatamaty, Madagascar, since the introduction of a pioneering programme.

“We have seen much more interaction with teachers and higher achievement among students,” she says, describing the effect of Tafita — an eight-year, Y1bn ($7mn) project. Funded by Japan International Cooperation Agency, the development agency, in partnership with the Madagascan government, the programme began in two regions in 2016 and has since spread to 11.

One reason for its apparent success has been the new methods introduced to teach and track progress among students. But fundamental reforms first took place outside the school walls, and included working with parents in the local community.

Much attention in recent years has focused on the failure of students in lower-income countries to acquire basic literacy, limiting their ability to progress to more advanced study. Tafita highlights possible ways to tackle the equally important gap in basic numeracy — as well as approaches around the world seeking to address “learning poverty” more broadly.

It is one of a handful of rigorous evidence-based numeracy programmes in lower-income countries that have been identified by researchers at RTI, a US-based consultancy, as having potential to scale up, “Donors have been more focused on literacy for the past couple of decades,” says Jonathan Stern, RTI’s research and evaluation lead. “[Literacy programmes] are more mature, have coalesced around ‘best practices’ to a greater degree than numeracy programmes, and have available impact data.”

Japan began providing educational support in Madagascar more than two decades ago for school buildings, classrooms and equipment before switching to “softer” factors affecting learning itself. “We first concentrated on access to schools, but now that’s improved we’ve focused on quality,” says Yuko Morimoto, a facilitator and coach at JICA.

The project team identified problems of low qualifications and high absences among teachers from the classroom, insufficient or inadequate pedagogical materials, and limited monitoring of children’s progress.

But at the core of Tafita lies local democracy and decentralised management. It reformed the selection and operation of the committees that oversee schools by introducing secret ballots for representatives from the local community. That increased transparency and accountability and forged a tighter relationship with parents, who in turn support remedial learning.

Tafita funds the remediation, alongside teacher training and the development and distribution of practical and fun resources in the classroom — such as sticks in bundles to demonstrate addition, and a game for children who jump between squares on the ground based on their answers to basic arithmetic questions.

It deploys a system developed by the Indian charity Pratham dubbed “teaching at the right level”, which focuses on tracking and responding to students’ level of comprehension. This is backed up in Madagascar by remedial teaching outside school hours, over three months, for those who are falling behind.

Lina Rajonhson, a retired teacher who is now a consultant to Tafita, says the programme has experienced even stronger engagement from parents in poorer, remote rural areas than in urban ones, where more families opt out of the state system in favour of fee-paying schools. “There is greater mobilisation and solidarity,” she says.

So far, the results seem powerful. Across seven regions in Madagascar, Tafita helped generate an average 25 percentage point improvement in basic maths tests in the past academic year and 33 percentage points for reading. Discussions are under way to scale the programme nationally.

Different approaches in other countries also offer promise. In India, Mindspark, used by 500,000 schoolchildren, deploys personalised adaptive software to teach basic skills in maths, as well as English. It provides games and other resources for students, offers immediate feedback when they answer incorrectly, and helps teachers track progress and align the system with their curriculum.

“In India, there is a lot of rote learning,” says Ritesh Agarwal from Educational Initiatives, which runs Mindspark. “We want to help children move away from mechanical memorisation, fall in love with learning, and understand the concepts.”

Special ReportInvesting in Education
Can edtech deliver on its pandemic promise? 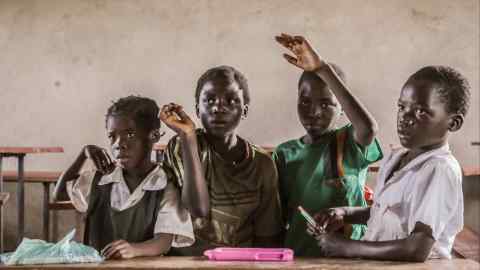 He says it remains “more of a tool than a replacement for teachers”, stressing: “You need a human in the classroom, but do you necessarily need one who knows all the mathematical concepts? Mindspark can be a support and, if they are an excellent teacher, this can accentuate their work.”

While many commercial edtech approaches use aggressive marketing to claim educational success with only scant evidence, Mindspark — developed with philanthropic backing — has performed strongly in a number of rigorous independent evaluations.

For RTI’s Stern, such projects with scope for “learning at scale” and replication typically offer a number of characteristics: structured support for teachers; a focus on materials that engage students; and commitment from government. “You need real buy-in to ensure both strong capacity development and support,” he says.

But, so far, such interventions have remained limited in many countries. In Madagascar, despite the progress Tafita has made with remedial lessons, Ravaonindrina says there is much still to do.

“Our results have increased a lot but, in our normal classes, there are not enough students who read and can add up well, which is what they need for their future.”

READ MOREInvesting in Education
In charts: education around the world 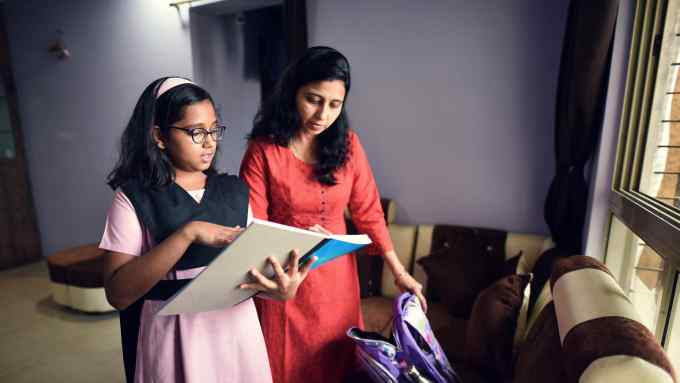