Earlier this month, two Spanish F-18 fighter planes were scrambled to intercept an easyJet flight, after a British teenager made a bomb threat. Soon, however, it will not be American-made F-18s racing out on intercept missions but brand-new European-sourced Eurofighter Typhoons.

Spain is due to take delivery of 20 Typhoons between 2025 and 2030 to replace its ageing F-18 aircraft, under a recently signed €2bn contract.

Like many European countries, it has been looking to modernise and enhance its armed forces following Russia’s invasion of Ukraine in February.

In mid-March, the Spanish government announced a €1bn defence budget increase and pledged to double its spending by 2029 to hit Nato guidelines that countries should commit 2 per cent of their GDP to defence. 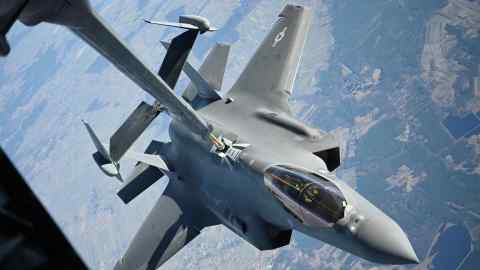 That announcement is just one of many to come out of Europe in recent months. Arguably, the most significant to date has been Germany’s shift in policy to announce a €100bn military revamp and commit to the Nato 2 per cent of GDP target from 2022.

All of these increased pledges, and the increased global tensions behind them, have resulted in an urgent need for new aircraft over the next decade — helping to reboot sales of the Typhoon, which had been levelling off.

So far, the F-35 stealth fighter has not won out over all the competition as the Pentagon may have hoped it would. The Typhoon’s revival comes despite the plane having been in service since 2003.

In December 2021, the UAE ditched talks with the US over the purchase of 50 F-35s and instead signed a €17bn deal with France for 80 Dassault Rafale fourth generation jets and 12 Airbus Helicopters H225Ms, known as Caracals.

Spain’s decision to order Typhoons was a further snub to the American stealth fighter. However, among other Nato members, the preferred approach appears to be to combine fifth-generation aircraft, such as the F-35 with fourth-generation fighters, such as the Rafale or Typhoon.

15 Number of additional Typhoon jets ordered by Germany in March, following a 2020 order for 38

In Greece, rising tensions with fellow Nato ally Turkey have prompted the government to consider ordering 20 F-35s despite already having ordered 24 Dassault-made Rafale jets last year, for €2.3bn. The US expelled Turkey from the F-35 programme in 2019 after Ankara took delivery of a Russian air defence system over American objections.

In March, Germany announced its decision to buy 15 Typhoons alongside 35 F-35s — and that followed a 2020 order for 38 of the latest version of the Typhoon.

Similarly, reports suggest Qatar has submitted a formal request to the US to buy the F-35 as well as purchasing 24 Typhoons which will start being delivered later this year.

Several factors have led to these decisions to order the Typhoon.

One of the biggest is price. F-35 models are not only more expensive to buy than Typhoons and Rafales; they can also carry some of the highest operating and maintenance costs of any fighter. On top of that, adapting to new aircraft and training the relevant pilots, engineers, and support staff is a costly process. By contrast, sticking with the Typhoon can prove more economical, when various savings are taken into account.

Another factor is the inevitable political self-interest of those European countries involved in producing the Typhoon, also choosing to order it. For example, Spain’s newest Typhoons will be assembled and tested at Airbus’s Getafe site in Spain — and its industrial footprint supports 20,000 direct and indirect jobs in Spain. Across Europe as a whole, the Typhoon is the largest defence programme and is responsible for 100,000 mostly high-skilled jobs.

And then there is expediency. Long wait times and delays have meant that many European nations cannot wait for an entirely new European fighter to replace their ageing jets. The UK’s Tempest programme to create a sixth-generation fighter is still in its initial phases, while industrial disputes have slowed down Europe’s proposed Future Combat Air System.

But perhaps the most significant factor in the Typhoon’s sales success is its versatility and how this can make up for a lack of stealth.

Mike Sutton, a Royal Air Force pilot who wrote a book called Typhoon, points out that the aircraft is more multifunctional when compared with previous jets — able to switch between an air-to-ground role, an air policing role, and a rapid response role.

It’s very manoeuvrable, it can go very fast, it’s got hugely powerful engines, and therefore you can evolve it and develop that capability as you need to

“With the Typhoon, they’ve got an airframe that can carry a lot of payload, it’s very manoeuvrable, it can go very fast, it’s got hugely powerful engines, and therefore you can evolve it and develop that capability as you need to,” Sutton says.

But that does not mean sticking with an all-Typhoon air force is a good idea. Sutton stresses that, for early and complex missions in the initial phase of a conflict, where you are up against advanced threat systems, stealth is king. It is only after these systems have been suppressed that fourth generation fighters can operate freely.

In the UK, the RAF is now planning to retire its oldest versions of Typhoons due to operational limitations. However, like other air forces, it plans to modernise its more recent Typhoons with new radars which would help them stay in service until at least 2060 according to the manufacturer, BAE Systems. 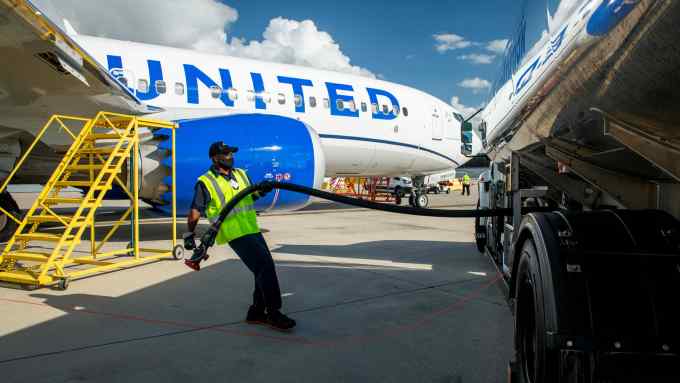