Turn in global oil markets may be shortlived

Today’s price is softening not because supply is ample, but because of the growing fear of recession
Derek Brower 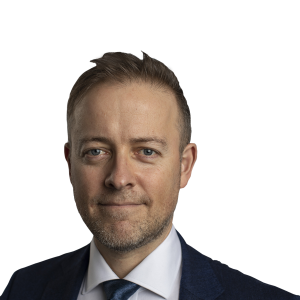 As an energy crisis engulfs Europe, global oil markets have offered modest relief, with crude prices drifting lower while traders grow anxious about the global economy. But the turn may be shortlived.

For now, cheaper oil is being welcomed by global leaders battling decades-high inflation. US president Joe Biden, whose approval ratings shrank as petrol prices scaled the heights a few months ago, has not wasted the opportunity to tell Americans that their drive is getting cheaper again.

JPMorgan said Brent oil could hit $300 a barrel if western sanctions on Russia resulted in a large shutdown of the country’s oil sector. But it was trading at $99.72 a barrel on Wednesday, down more than 28 per cent since this year’s high near $140, struck in the days after Russia invaded Ukraine in February.

That is still a lot to pay for oil — almost twice the long-term average price, and more than enough to keep churning out profits for producers from Texas to the Kremlin. Still, a price shock it is not.

But no one should be too sanguine about the softer market. Oil prices can fall for good reasons — such as technological breakthroughs that reduce demand or free up more supply — as well as for bad reasons, such as recession. And this oil market is not in a good state.

Today’s price is softening not because supply is ample, but because soaring inflation and increasing interest rates are giving rise to fears of recession, especially in Europe.

Tepid oil demand in China is also weighing on a market that has grown to rely on the country’s relentless thirst for more crude.

Where supply is robust, it is unexpectedly so — as in Russia, where western sanctions have barely scratched the oil sector — or unnaturally so, as in the US, where Biden ordered oil from a federal emergency stockpile to be poured into the market. This has helped cap prices, but a market kept in check by a government’s decision to unleash historic volumes of emergency oil is not a natural state of affairs.

Some of these bearish factors have an expiry date. America’s stock release programme ends by November, and the emergency stash will have to be replenished. In December, Europe and the UK are due to ban insurance for vessels carrying Russia’s crude — a move that may sharply reduce Russian exports in a way sanctions so far have not.

Economic fears are yet actually to hit demand. A deep recession could upend all the commodity markets’ fundamentals, as in the 1980s, when scarcity gave way to almost a decade of abundance. But short recessions tend to cut oil demand only briefly: when economies bounce back, so does consumption.

Meanwhile, the supply-demand fundamentals that so spooked oil analysts a few months ago continue to lurk beneath the market’s surface. Opec’s spare production capacity — the source of its market power over decades — is dwindling. Even the cartel’s output is now well below its own quotas, as that of some members goes into terminal decline.

Opec’s linchpin producer, Saudi Arabia, which does have significant spare production capacity to deploy, is already mooting new output cuts to prop up prices — an idea that will alarm consumer countries, and could just neutralise any extra oil that comes from Iran, if sanctions are eased on its industry. 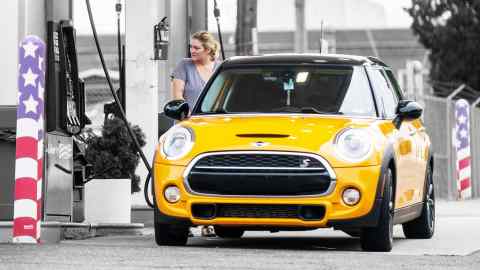 Investment in new production outside Opec remains sluggish. Wall Street is reluctant to fund more fossil fuel projects that climate policy may render obsolete. The supermajors are committing less capital to the upstream than before the pandemic.

Investors are forcing once-prolific US shale operators to spend their bonanza from higher prices this year on dividends, not costly new drilling. The time when they could drill enough wells to meet all extra global demand is over.

Less fossil fuel supply from producers might sound like good news for the climate. But not if it induces a price shock such as that facing Europe with gas, forcing governments to subsidise consumption. Plus, consumers show little sign of ditching oil in the short term. Global demand is forecast to hit the pre-pandemic level again this year and then romp higher again in 2023.

Supply will struggle to keep up. A recession or the release of more emergency oil might mask that reality, for a while. But it will only make the next upcycle more severe.

Are we heading towards a global recession? Our economics editor Chris Giles and US economics editor Colby Smith discussed this and how different countries are likely to react in our latest IG Live. Watch it here.