Federica Cocco in London, Edward White and Kang Buseong in Seoul and Anna Gross in Paris

We’ll send you a myFT Daily Digest email rounding up the latest Demographics and population news every morning.

When Choi Yoon-seo became pregnant in 2020, South Korea paid her $500 — a reward for helping the country address its dire demographic crunch.

That year it hit its lowest fertility rate on record at 0.84 children per woman — the lowest in the world.

The government in Seoul has since increased the one-off pregnancy gift to around $1,700. But Choi said the idea that the payments would encourage her to have another baby was laughable.

“I used up the whole amount on prenatal tests before the halfway point of my pregnancy,” she said.

Since her son was born in January 2021, the 40-year-old has struggled with family, societal and economic pressures. She had to give up her job as a social worker and became overwhelmed with “so much guilt over not being able to be a good mother”.

The state’s childcare subsidies are “unrealistic” given the cost of living and education in the Korean capital, she said.

Seoul’s efforts are not unusual. Developed economies are offering increasing amounts in subsidies to encourage citizens to have more children. But there is little evidence that they are having an effect: fertility rates are falling rapidly across the rich world.

“Pronatalist policies haven’t really been shown to consistently change fertility levels,” said Bernice Kuang, a demographer at the University of Southampton, in the UK.

France was one of the first countries to pioneer such policies. It first introduced financial support for families with three children or more in the 1980s and then upped it to cover those with two children or more from 1994. Allowances have also been given to parents who choose to stop working in order to raise a child and tax credits offered for childcare.

More recently, other European countries have followed France’s lead. In 2020, Hungary designated fertility clinics a “strategic” sector and made IVF treatment available for all women.

Despite this, European fertility rates are still falling.

In France, the rate has dropped from above two children per woman in 2010 to 1.83 in 2021, according to data from the country’s statistics office Insee. A recent bill put forward by politicians from the Republicans party blamed cuts to family support by successive presidents François Hollande and Emmanuel Macron.

As evidence in favour of subsidies, demographers cite surveys indicating that couples in some countries are not having as many children as they would like; generally women would like to have around two children, above the actual birth rate in many countries.

“Low fertility is not because women don’t want kids, but because having kids has become too difficult or costly,” said Lyman Stone, adviser at the consulting firm Demographic Intelligence.

Kuang said that lower-income couples needed “financial support and affordable childcare” while higher-income couples “need policies [that] make it easier for working people to balance childcare and, say, school pick-up, with their jobs”.

But Kuang cited South Korea’s situation as evidence that other factors were also at play, “such as rigid gender norms and the unequal division of labour within the household”.

Tomas Sobotka, who leads a research group in comparative European demography at the Vienna Institute of Demography, said there was some evidence that greater gender equality could help. High-income countries with higher fertility — such as Norway, Sweden, Iceland, France and Belgium — also score highly on different aspects of gender equality.

“Higher equality allows especially better-educated women an easier combination of career and family life,” Sobotka said. “Why not allow some of the men to retreat from work for two or three years to take parental leave and then head back to work?”

But even so, he questioned whether governments should be trying to intervene in such personal choices.

“Governments shouldn’t be making explicit incentives to get women to have more babies than they wish just to fulfil some national quota or their desire to create a small baby boom,” he said.

Letters in response to this article:

Where the population pyramid is coffin-shaped / From Richard Cragg, Kingston-upon-Thames, Surrey, UK 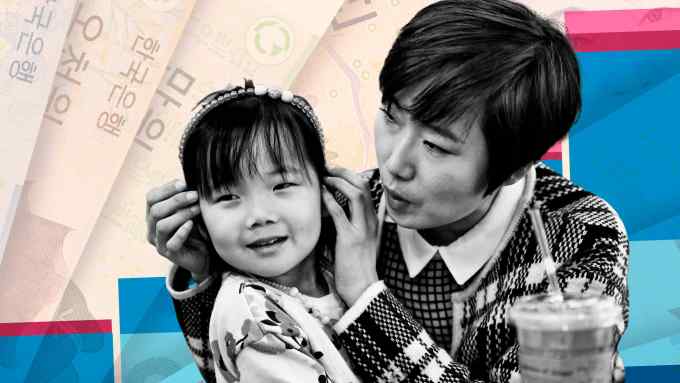