The biggest names in asset management are preparing for a major shift to an era in which investors demand customised equity portfolios that have traditionally been the preserve of wealthier clients.

Vanguard, JPMorgan, BlackRock and Morgan Stanley have all done deals since 2020 to bolster their offerings in so-called direct indexing — a more bespoke approach to off-the-shelf investment products. Fund managers expect this will mark the next stage in the democratisation of finance, and will probably put pressure on traditional products such as mutual funds and exchange traded products.

By the middle of this decade, direct indexing is forecast to account for $1.5tn of global assets, up from less than $500bn now, “by taking share from other passive products such as mutual funds and ETFs”, according to a recent report from Morgan Stanley and Oliver Wyman.

“While the growth of ETFs will not be stopped by the rising popularity of direct indexing, wealth and asset managers will face disruption in how advisers expect products to be constructed and distributed,” he added.

Direct indexing allows investors to own a group of stocks that mimic the performance of an established index, and to customise the portfolio to manage tax losses or to include environmental, social and governance preferences. While this has long been a service available to wealthy investors, new technology is now making personalised portfolios possible for a broader audience.

With direct indexing, “a financial adviser via a computer can easily tailor a portfolio that mimics an index, like the S&P 500, while including specific tilts such as ESG, rebalancing between winners and losers and also reducing tax exposure,” said Tom O’Shea, research director at Cerulli Associates.

“In time, say over the next 10 years, more people will walk into an adviser’s office and get a customised portfolio of securities.”

Unlike an equity mutual fund or an ETF, in a direct indexing portfolio the investor owns the securities in their account, rather than a share of a pooled fund. Sophisticated computer software ensures the portfolio tweaks weightings in order to replicate the performance of the index, and to customise holdings towards investment factors such as growth and value stocks or other preferences.

Fund manager Parametric has dominated the sector since it first created a customised separately managed account, or SMA, that behaved like an index-tracker on behalf of a family office in 1992. It has since developed a direct indexing business that oversees close to $250bn across 110,000 individual SMAs.

“Direct indexing gives a freedom to capture a broad swath of the market that can then be overlaid with ESG’s or factors or tax considerations,” said Brian Langstraat, chief executive of Parametric.

Other asset managers with vast mutual and exchange traded fund offerings are positioning themselves for a future where these products could face stiff competition from custom portfolios.

As part of investment group Eaton Vance, Parametric was acquired by investment bank Morgan Stanley last year in a deal that kickstarted a flurry of activity.

BlackRock bought Aperio, the second-largest player in direct indexing after Parametric, in November. Vanguard made its first acquisition in its 46-year history in July, buying Just Invest, a California-based wealth management boutique that provides a customisable, direct indexing service and was founded in 2016.

In June, JPMorgan Asset Management acquired OpenInvest, a fin tech platform that facilitates the customisation of a portfolio based on ESG metrics. This month, BlackRock bought a minority stake in SpiderRock Advisors, an options service for SMAs.

While disruption from direct indexing looms, many do not see demand for low-cost ETFs and mutual funds fading any time soon.

“The desire to personalise is real,” said Martin Small, head of the US wealth advisory business at BlackRock. But he believes that rising demand from investors seeking advisory services will maintain growth across ETFs, SMAs, mutual funds and other products.

“Owning low-cost ETFs and basic mutual funds is the best way to grow tax-deferred returns over time for most investors,” he said.

The prospect of governments implementing higher taxes on trading profits in the future — particularly in the US and Europe — could provide a further boost to SMAs and direct indexing.

Directly owning shares in companies rather than holding those issued by an equity ETF or a mutual fund, facilitates what is called ‘tax-loss harvesting’, whereby direct indexers systematically sell losing stocks and replace them with similar holdings. That allows investors to offset capital gains taxes incurred when their investments are up, and stay in line with the index they are following.

Tax-loss harvesting capabilities are estimated to add 0.5 to 1 per cent of annual post-liquidation return after tax, according to Canvas, a direct indexing firm with $1.7bn in assets.

“Tax gets a lot of people in the door and then once they are on the platform, they see how it becomes a one-stop shop for investors and advisers,” said Patrick O’Shaughnessy, chief executive of O’Shaughnessy Asset Management. which owns Canvas.

“Technology is enabling a lot of this. A broader awareness of direct indexing means that if it becomes a thing, it will be huge,” he added. 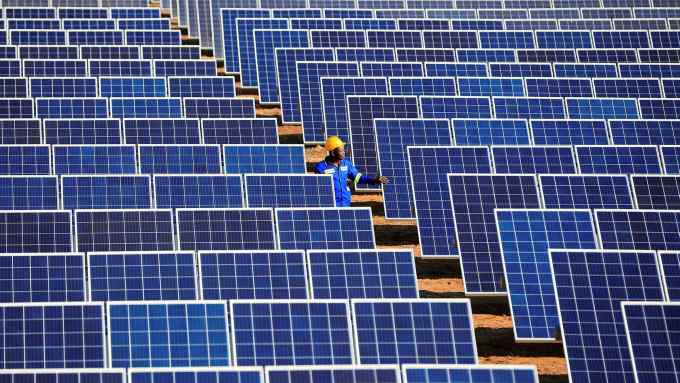