What is a sports fan? Everyone involved in the business of sport needs to keep asking that question, as fans’ enthusiasm translates into billions of dollars of revenue that ultimately supports all players, from professional to grassroots level.

Angela Ruggiero, an Olympic ice hockey gold medallist, is now attempting to address that question in a way that could transform the way women’s sport is monetised.

Four years ago, she co-founded Sports Innovation Lab to provide clients with insights into how fans engage with sport, and how that is changing. Lately, though, the process has taken an unusual — even brash — turn. The research firm is asking individuals to download a digital archive of all their social media data — the history of all of their posts and other online behaviour, collected by platforms such as Facebook and Twitter — and hand it over.

Users request the archive from the social media platforms by going into their account settings and asking for the data cache, which the platform then makes available for download in a zip file. Ruggiero hopes enough sports fans can be persuaded to send the files to Sports Innovation Lab, for it to analyse the contents.

What if, say, women’s basketball is the biggest underserved market in women’s sport?

If all goes to plan, the analysis could help to identify huge untapped fan bases, she says, speaking from her headquarters in Boston. “What if, say, women’s basketball is the biggest underserved market in women’s sport?” she asks. “That would be a hell of a data point.”

The study, called The Fan Project, aims to mine those data troves for insights on consumers’ behaviour, particularly among fans of women's sports. She expects the study to show there is pent up demand for media coverage of women’s sports, which are currently more or less ignored by investors and broadcasters. More coverage would bring in more funding.

But why would anyone want to hand over their data? Ruggiero admits it is a bold ask. “We are all aware of the dangers of social media,” she says, citing The Social Dilemma, the 2020 documentary that showed how social media companies see users as data extraction resources.

However, she believes she can convince individuals that data about the online behaviour of self-identifying sports fans, which her researchers will anonymise, can be used to benefit those fans as a group. If it is true there is untapped demand for women’s sports, their social media data will help prove that case to investors and advertisers.

Ruggiero has blazed a trail before. She was part of the gold medal-winning US Olympic ice hockey team in 1998, the first year women were allowed to contest the sport at the Winter Games.

After earning a degree and an MBA from Harvard and serving on the board of the International Olympic Committee, Ruggiero co-founded the Sports Innovation Lab with Josh Walker, former vice-president of research at Forrester Research. They wanted to broaden analysis on sport fan bases beyond traditional sources: the metrics of linear television (tuning in at a set time on a set channel); ticket sales for live events; and merchandise sales.

While technologies such as social media and streaming programming are not exactly new, Ruggiero’s insight was that untold numbers of fans engage with a sport or a club without turning on a cable channel or attending a match. These newer platforms can be scrutinised for a detailed portrait of the modern sports fan.

“Take Manchester United — you may know who they are, but you may have never bought a ticket to their games and you might never have bought a jersey — but you ‘liked’ one of their players or ‘liked’ one of their tweets,” she explains. Sports Innovation Lab’s aim is to measure that “catch-all engagement,” she says.

The lack of such metrics on fan behaviour is especially pronounced in women's sport, which has fewer broadcast hours on network television than men’s sport.

Smith, global executive director of Copa90, an independent football media network, said the money has always gone to men’s sports because of their “visibility”. She added: “What the women's game has always tried to do was try to find visibility elsewhere, and it was mostly found in that digital space.”

Ruggiero, through her role at the IOC, had a seat at the table when deciding some of the multibillion-dollar media rights contracts with traditional, established broadcasters such as NBC and Eurosport.

“Every time we locked in a long-term media deal, we would pat ourselves on the back”, she says. But, she now acknowledges that many sport fans have not had cable TV coverage to engage with. Instead, they are the types who catch match highlights on social media or play sport-themed video games such as NBA 2K. “For women's sports, we're not on linear television, the fluid fans aren’t cord-cutters but cord-nevers,” she notes.

A case in point is the National Women's Soccer League, the US-based professional league, which in 2020 signed new broadcast agreements with ViacomCBS, as well as Twitch, the online streaming platform. As a result, domestic television broadcast ratings for the NWSL's pandemic-abbreviated season rose nearly 500 per cent, according to the league.

Lisa Baird, the NWSL commissioner, reminded the FT summit that women's football is still far behind men's in terms of rights fees, despite the new contracts and good viewing figures: “Our ratings were very competitive with not just women's sports, but all sports.”

Hence Ruggiero’s drive to collect social media data. She aims to publish the findings ahead of the Tokyo Olympics, so that executives preparing for the world’s largest sporting event may take notice and see that investing in women’s sport is “not just the right thing to do, it’s good for business”, she says.

“My hunch is that if we measured that [fan] activity, you'd see pent-up demand and deep affinity for women’s sports that isn’t captured by [data provider] Nielsen ratings.”

Ruggiero recalls speaking to a Boy Scouts troop after the 1998 Olympics: “Realising I could be a role model for them, too — that I could give them a more positive impression of women.”

Ultimately, she hopes, The Fan Project can be used not only to improve broadcasters’ and investors’ understanding of women’s sport, but also as a case study in using social media data for fan base analytics.

“We can help the whole industry, not just women’s sports,” she says.

Get alerts on Sport when a new story is published 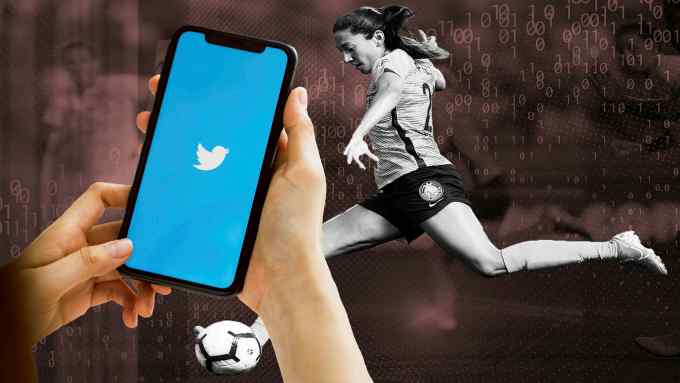