‘Your lot sense hypocrisy like a well-trained truffle hound’

The legendary dealmaker Sir Siegmund Warburg said you should first make someone your friend and then become their banker. City grandee Ken Costa, a protégé of Warburg, thinks this motto still rings true.

The next generation of ultra-high net worth investors, Costa wagers, will not be content to hand their money over to an interchangeable cast of expensively suited managers and pay them handsome fees in exchange for a standard annual return. Instead, they will want a more direct relationship with the companies in which they invest and more options to see their money do good in the world.

Capturing the loyalty of younger plutocrats is key to one of this year’s largest wealth management deals, a merger between London family office Alvarium, which Costa co-chairs, and New York-based Tiedemann Advisors to create a group that will oversee $54bn of assets.

After the merger, Costa will lead bespoke dealmaking as global chair of merchant banking. The most significant phenomenon in wealth management worldwide, he says, “is this transition to another generation, and the recognition that you need different kinds of skills”. A “bog-standard” approach to making a return “is just not going to work on the next generation”, he adds. “One needs a different skill set — understanding the ethical imperatives of a group, concerns for the environment, the nature of justice, as well as the returns.”

Whether Costa has correctly gauged what millennial multimillionaires want, the 72-year-old former Lazard chair has certainly learnt the right vocabulary. Across our table in the bar at Brown’s Hotel in London’s Mayfair, he acknowledges that convincing socially conscious millennials of his bona fides is no easy task. “Your lot sense hypocrisy like a well-trained truffle hound,” he says, in a polite nod to the age gap between us.

Money managers, particularly in the ultra-high net worth bracket above $30mn, will all have to grapple with this reality. A generational transfer of wealth on an impressive scale is on the cards, as money is passed from baby boomers, generally aged 60 and over, to millennials and Gen-X heirs under 40. In a survey by Refinitiv, 64 per cent of millennial investors said they would pay more for personalised investments. Consultants Cerulli put the scale of the shift in wealth at $69tn over 25 years in the US alone.

The soon-to-be-merged Alvarium Tiedemann (AlTi) will seek to serve this new generation of the wealthy under the leadership of Mike Tiedemann, son of Wall Street investment banker Carl Tiedemann, who first set up Tiedemann Advisors and built it into a multifamily office. Mike Tiedemann says preparing to meet the needs of next-generation wealth has been “undeniably critical” to shaping the strategy.

“It’s a very different conversation . . . What are we going to do with this capital as a family? As opposed to, we need to make 10 per cent so we can spend 5 per cent,” he says, via Zoom from his office in Manhattan.

It was also by video conference that the merger took shape, after an initial face-to-face meeting in March 2020. Following its announcement last September, the deal will be finalised later this year, when the two companies merge and go public via a blank cheque or special purpose acquisition company (Spac), Cartesian Growth Corporation. This process will be led by Peter Yu, one-time adviser to former US president Bill Clinton and ex-chief executive of AIG Capital Partners.

More associated with racy sectors such as space and electric vehicles, Spacs have rather run out of steam in recent months. “I’m not going to defend the Spac’s past,” says Tiedemann, though he argues that the structure does let companies go public with less anxiety about timing the market. He expects the deal to close by the end of the year.

Your lot [millennials] sense hypocrisy like a well-trained truffle hound

When merged, AlTi will have offices in 25 cities around the world. It aims to be a full-service provider for the next generation of family wealth and entrepreneurs, handling everything from fund administration to crypto. But the company’s calling card will be private dealmaking backed by consortiums of wealthy families, which is Costa’s speciality.

“The big investment banks are simply not nimble enough to be able to offer this grouping of people what they really want in terms of their investments,” says Costa, whose long résumé includes helping broker the sale of London luxury department store Harrods.

Global reach will bring improved access to deals, which Tiedemann says “can be anything from the innovation economy to real estate assets”, adding that “they own the asset directly as a family, and maybe that’s a management tool to teach the next generation to manage those assets”.

The newly merged group aims to tap an impressive network of connections, from Silicon Valley to the Gulf, to put together these bespoke deals. Costa brings an impressive contacts book from decades of dealmaking, as well as connections in the Middle East, where he recently served as the UK government’s special envoy to Saudi Arabia. Alvarium itself is part-owned by a family office for members of Qatar’s ruling family. “I know the Gulf backwards,” says Costa.

However, Russia’s invasion of Ukraine, and the ensuing rounds of sanctions, are a sharp reminder that geopolitical risks can suddenly challenge a borderless approach to money management. Transactions or wealthy clients that may look like prizes one day can become liabilities the next.

Curated investment management is the sweet spot for millennial millionaires. They want access

“We are firmly committed to the global opportunity set for our business lines but, as always, we will be diligent and deliberate with any expansion efforts and the process of taking on new clients,” says Tiedemann. Alvarium and Tiedemann have said sanctions on Russia have had no direct effects on their clients or deals.

Following the merger, the group will also have to maintain its nimbleness and personal client relationships, which have been key factors in scooping up deals that are too small to interest the behemoths of investment banking but are attractive to ultra-rich investors.

When the merger goes through, AlTi will be a larger force in the market for these private transactions, which have already gained popularity among younger ultra-high net worth investors who use smaller investment houses.

“Curated investment management is the sweet spot for millennial millionaires,” says Elie Chamat, chief executive of Decisive Capital Management in Geneva. “They want to have access and they want to decide where they deploy the dollar, rather than just give it to a manager.”

Costa sees this trend as a continuation of the rise of the family office since the 2008 financial crisis. “The financial crisis comes and families say: ‘No more are we just going to give our money to a private equity firm to manage and come back in 10 years’ time’,” he says.

The appeal of an independent advisory firm is particularly strong among millennial investors, he says, “because their parents were burnt in the great financial crisis — and the banks completely screwed up”.

The concept of joining a club of investors in exciting new companies and opportunities also appeals to clients who have made their money as entrepreneurs, rather than inheriting the family fortune. The older generation of owners of commercial and industrial companies often only sold their businesses to retire, whereas many founders of technology companies make millions after selling up at a young age and then struggle with what comes next.

“It’s like waking up to find a Boeing 747 in your garage,” says Greg Kyle-Langley, head of entrepreneurs at UK private bank Coutts. Clients are baffled by what to do with their newfound riches. “We always find that no one can stand more than about six months on the beach.”

While some go on to become serial entrepreneurs, others like to invest in other businesses where they can play a more active role than the typical shareholder. “It’s about proximity to the assets, to the deal,” says De Meyer. 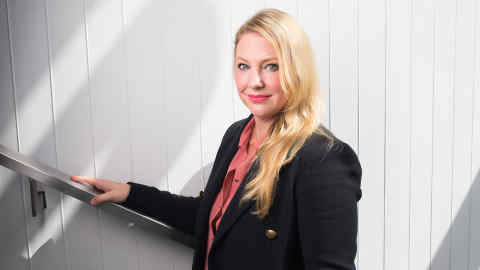 The appeal of direct dealmaking reflects another dominant theme in investment markets: ethical investing. “Not every family, not every kid, but more and more people are saying, hey, I can take our capital and drive some change that we care about — and still make money,” says Tiedemann.

“ESG [environmental, social and corporate governance] is being done at scale through the public markets, largely through filtering,” he says. But he believes the greatest potential for “impact” lies in private investments. “The challenge to that — which we hope over time to be part of the solution to — is it’s harder to do that at scale. It has yet to be done at scale.”

Top-tier clients wanting their portfolios to have a social impact also want to see evidence that their money is doing good. This will be a particular challenge for private investments. “I hear about a new client adding ESG to their objectives every week,” says Mona Shah, head of sustainable investments at London multifamily office Stonehage Fleming. “Clients also want to see proof.”

To many, the appetite to do good with investments shows a deep-seated need for purpose among people inheriting vast wealth. Matthew Fleming, fifth-generation scion of the banking family and a former professional cricketer, is now a partner in the family firm and devotes his time to coaching these heirs and heiresses.

“In the children of very successful, wealthy families, two of the most common emotions are guilt and lack of self-worth,” he says. “And so guilt is something that drives a lot of the conversations around how are we going to be more impactful as a family? What have we done to deserve this?”