Why ETF baskets are worth paying attention to

An obscure but tweak-able mechanism within the ETF structure plays an important role in shock absorbing market volatility, argues a BIS paper. The question is, to what degree does it displace risk elsewhere?

The FT’s Steve Johnson had a good write up on Wednesday of a new BIS paper that takes a closer look at the arbitrage mechanics behind bond ETFs. The paper also delves deeper into the potential role played by authorised participants (APs) in supporting liquidity to ETFs.

APs are liquidity-providing intermediary traders -- often big broker-dealer or market-making HFT names -- who are exclusively able to redeem and create ETF baskets thanks to the contracts they sign with fund sponsors.

One might think such baskets faithfully represent a fund’s underlying holdings. But the big insight in the BIS paper is, actually, that they don’t.

That shouldn’t come as a surprise to FT Alphaville readers. We’ve long noted the composition of baskets can be tweaked to suit daily trading objectives. In theory these changes are transparent. In practice, the wider market is not always au fait with the processes, so they’re not necessarily scrutinised in real time.

The bigger point from BIS author Karamfil Todorov however, is that this flexibility may not be all bad. Rather than a weakness, Todorov sees it as a stabilising feature in distressed market periods because it suspends the pressure to dump illiquid names into a market that can’t necessarily absorb them.

The paper also presents some interesting details about the mechanics of ETF trading. For example, it notes (our emphasis):

ETF creations or redemptions take place through baskets, ie sets of specific bonds or stocks that are exchanged with the ETF sponsor for shares. Such a set is published by the ETF sponsor at the end of each trading day for reference on the next day and is publicly known. APs of bond ETFs could also propose bonds that are not in the published basket but facilitate their role as dealers. The ETF sponsors make the ultimate decision whether to accept such proposals or not. Actual creations and redemptions happen once every two to four days on average. The average size of creations and redemptions is typically small, ie below 1% of AUM for most ETFs (centre panel).

This is noteworthy because a key principle in the ETF arbitrage mechanism is that APs are very rarely mandated to create or redeem baskets or to provide liquidity.

In theory that means in stressed market periods when arbitrages can’t always be closed out as efficiently APs have the option to walk away and not engage in creation and redemption.

If that was to happen en masse (as it may have done during the famous equity flash crash episode of 2010, in which ETFs were disproportionately affected by volatility) this could leave such funds unable to close NAV/Price deviations. In effect this would pass the cost of market dislocations to ETF investors by preventing them from being able to sell at fair value.

In practice, however, APs have a vested interest in preventing the broad and visible breakdown of the ETF arbitrage mechanism, due to the degree to which their business models depend on such mechanisms for generating profit. This is especially the case for APs who are also broker dealers or those whose brand is closely associated with the success of ETFs.

As the Todorov paper goes on, there are two ways the tweaking of the baskets can help shock-absorb market stress (again, our emphasis):

ETF sponsors’ portfolio optimisation and their incentives to maintain a long-term relationship with APs can lead to differences between baskets and holdings and to changes in baskets over time. Sponsors would adapt the composition of baskets based on the availability of bonds and would choose a subset of bonds that minimises tracking error. In turn, when an AP cannot deliver a bond, such as A in the above example, it could propose some similar new bond D that is easier to locate for the transaction and could even allow the AP to absorb a supply shock from its clients. While this bond is not part of the ETF holdings, a sponsor might accept the proposal if the new bond keeps the tracking error in check and helps maintain the relationship with the AP, whose market-making function provides valuable services to the sponsor. As the availability of bonds changes over time, similar transactions will translate into changes of ETF baskets.

The par above refers to this graphic:

And here is a good illustration of the historical variation between ETF holdings and what creation and redemption baskets actually consist of (as a percentage of actual holdings):

Creation baskets deviate more often than redemption baskets, Todorov says, because APs can be highly restricted by the physical availability of hard-to-locate bonds when creating ETFs. In redemptions, APs draw on bonds that are already within the ETFs, and the influencing variable is their capacity and willingness to absorb related illiquidity, especially in distressed market conditions.

Todorov’s point that this is largely a virtuous phenomenon is a fair one. There’s no doubt there’s a shock absorber effect at play that can help stabilise markets in stressed periods. (And if the performance of ARK ETFs in recent weeks is anything to go by, it applies not just to bond ETFs but also to active funds bearing illiquid names who, by design, have the capacity to tweak the composition of their baskets every day.)

But, as Todorov himself admits, there may be a trade off with how the phenomenon can weaken arbitrage forces more broadly:

Features of bond ETF baskets may weaken arbitrage forces not only directly (as discussed earlier) but also indirectly, by influencing the risk borne by APs and other traders. Until the negotiation with ETF sponsors is complete, APs are uncertain about the basket of bonds that they would be able to exchange for an ETF share. They are also unsure how this basket would compare with the one underpinning transactions on the following day. Likewise, investors performing an arbitrage on the secondary market (eg hedge funds) are uncertain about how the composition of the basket behind an ETF share would change between their entry into and exit from a trade. As this uncertainty reduces the risk-adjusted profits that could be extracted from a premium or discount, it weakens arbitrage forces.

Todorov speculates that back in March 2020, ETF sponsors may have been incentivised to tweak baskets so that were filled with more illiquid bonds -- hence offloading the illiquid names to APs -- to help reassure investors that their shares were backed by higher quality assets. This, he says, would have helped to discourage runs. But, on the flip side, if APs were reluctant to step in to pick up those illiquid names, it could also have contributed to larger ETF discounts versus net asset values.

If that’s the case, however, the mechanism would then also be responsible for transferring risk away from APs during stressed market periods and over to the ETF investors themselves, by way of ever larger discounts to NAV.

In that context, the big question is just how much liquidity risk are APs really warehousing in their day-to-day operations? And, to that point, what impact can that have on ETF investors if they get spooked? 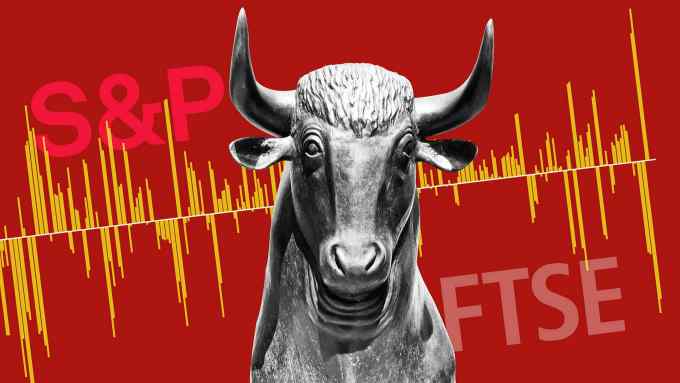