Britain’s energy regulator has admitted it should have strengthened financial oversight of the country’s electricity and gas retail market much earlier, as it came under fire from MPs for its role in a price crisis that will result in household bills rising 54 per cent in the spring.

Jonathan Brearley, chief executive of Ofgem, told MPs on Tuesday that the regulator had been too focused on increasing competition in the retail energy market and should have been “more careful” about the financial resilience of new entrants over the past decade.

“We accept that had we done that earlier [introduced measures to ensure the financial resilience of new entrants], it would have been better for customers,” Brearley told the business, energy and industrial strategy select committee on Tuesday.

His comments come less than a week after Ofgem unveiled a 54 per cent increase in Britain’s price cap for 22mn households from April, prompting UK chancellor Rishi Sunak to announce a £9bn support package. The package includes a £150 rebate for all English properties in council tax bands A to D and a £200 rebate for all households from October.

The energy price crisis has been driven by unprecedented surges in wholesale gas and power prices since last spring that have affected the whole of Europe.

But Ofgem’s oversight of the retail market was criticised after 29 energy suppliers went bust last year, taking with them an estimated £200mn of customer money that now has to be paid back by households via a surcharge on their energy bills.

Stephen Fitzpatrick, founder of Ovo Energy, Britain’s third-biggest energy supplier, told the committee it had been “pretty obvious for many years that the quality of companies entering the energy retail market and their ability to manage the complexity and rigour that the market requires just hasn’t been there”.

Brearley said that “with hindsight we would have done something differently”, but insisted Ofgem planned to set out new measures next month to ringfence customer deposits. In the past two months, it has also proposed a number of other reforms, including new financial stress tests for suppliers and adjusting the price cap quarterly instead of twice a year.

ExplainerUK energy
Who will be hit hardest by rising UK energy bills? 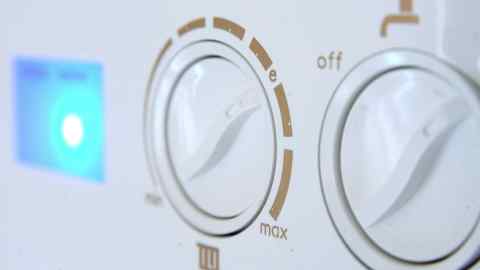 Nusrat Ghani, Conservative MP for Wealden, said many of Ofgem’s measures had been “too little, too late”.

Darren Jones, Labour MP for Bristol North West and chair of the committee, said: “Surely these things should have been done without there being an energy crisis in the first place?”

Peter Smith of National Energy Action, a fuel poverty charity, told MPs that despite the chancellor’s intervention in the crisis last week, there would not in effect be any “direct support” to reduce domestic energy bills until October, when the price cap is forecast to rise again.

“We’re gearing up for an absolute fire storm, we’re already seeing huge surges in demand [for our services],” said Smith.

Energy companies have highlighted that the £150 council tax rebate does not have to be spent on energy bills.

Emma Pinchbeck, chief executive of the trade body Energy UK, said there were further measures the chancellor could take to relieve the burden of soaring energy prices on households, including cutting the rate of value added tax on bills.

Get alerts on UK energy when a new story is published