ETF investors piled into mid and small-capitalisation US stocks on Wednesday in the immediate aftermath of the presidential election.

A net $753m was poured into US Equity Small Cap exchange traded funds and $294m into their mid-cap peers, according to data from Morningstar, dwarfing flows into the far larger blue-chip market segment.

BlackRock’s iShares Russell 2000 ETF (IWM) alone took in a net $714m, according to Morningstar, while the SPDR S&P 400 mid-cap Growth ETF (MDYG) was the second most popular vehicle, amassing an additional $242m — increasing its assets under management by 18 per cent in a single day.

Growth stocks, which saw a rash of selling in the lead up to the election remained out of favour, shipping a further $100m on Wednesday, although this was a fraction of the $2.5bn of net outflows earlier in the week.

ETF investors had been rotating into value stocks instead since July, in the expectation that a Democrat “blue wave” clean sweep of all three branches of government would be the catalyst for a massive fiscal stimulus, potentially aiding the more cyclical stocks owned by value funds.

Despite the rising probability that the Democrats will not be able to claim the Senate, potentially leading to legislative gridlock, ETF investors held their nerve on Wednesday, however, committing a further $223m to large-cap value ETFs.

Toby Nangle, global head of asset allocation at Columbia Threadneedle, said the rotation into small and mid-cap stocks was “counter-intuitive,” given that these companies are more domestically focused than large-cap stocks, and as such might have been expected to be the biggest beneficiaries of a “blow out fiscal stimulus” that must now be in doubt.

Kenneth Lamont, research analyst for passive strategies at Morningstar, suggested that “if people are positive on the prospects for the more domestic parts of the economy, [then] it seems the market has decided neither option [a constrained Biden presidency or a constrained Trump one] is terrible”.

However, Robert Buckland, chief global equity strategist at Citi, said mid and small-cap US stocks had also rallied in the wake of Donald Trump’s election in 2016, in anticipation of potential tax cuts.

Mr Trump subsequently cut corporate tax from 35 per cent to 21 per cent, a move some Democratic politicians had spoken of partially reversing.

Given the likelihood of legislative logjam, Mr Buckland said investors had been “cold, calculating and capitalist” in factoring that likelihood out again, so benefiting smaller listed companies “which are more domestically focused and perhaps had the most to lose if the US corporate tax rate went up”.

Fading expectations of a sizeable US stimulus, which would have been expected to buoy global growth, may have fed into withdrawals from global large-cap ETFs, however, which leaked $125m, having sucked up money earlier in the week, and European large-cap funds, which saw outflows of $164m.

Among the victims of this trend were the Invesco S&P International Developed Momentum ETF (IDMO) and Xtrackers MSCI Europe ETF (XMED).

The former saw net outflows of about $300m — almost all of its assets — with a similar sum instead flowing into Invesco’s US-focused S&P 500 High Beta ETF (SPHB). 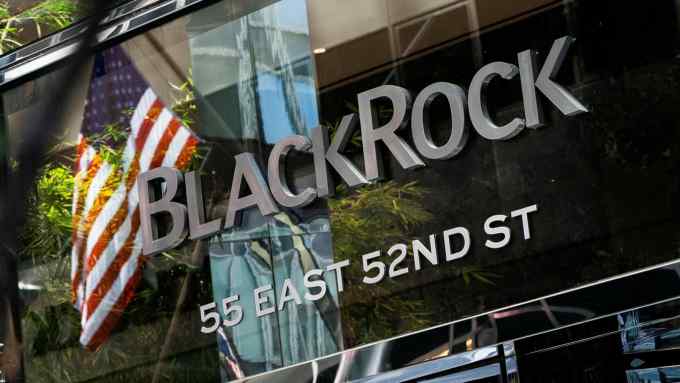