Recommendations for the UN’s education summit

The Transforming Education Summit taking place in New York on Monday will discuss how to improve the prospects for hundreds of millions of children around the world struggling with schooling — many of whose lives have been made worse, and more unequal, by the Covid-19 pandemic.

The hope of António Guterres, the UN secretary-general, is for participating global heads of states to commit to accelerating their progress towards the 2030 Sustainable Development Goal of quality education for all.

Yet, even before the announcement of the British Queen’s funeral, which is diverting many dignitaries to London, critics were sceptical of what the summit could achieve. Agencies and governments are competing for focus on conflicting priorities, with squeezed budgets in a time of global economic slowdown, rising inflation, and food poverty.

Kevin Watkins, former head of Save the Children in the UK, says: “Inviting over 140 governments to New York to ‘reimagine education’ is like signposting the route to a talking shop. The success — or failure — of this summit should be measured by what it delivers for children bearing the brunt of the global learning crisis. We need practical proposals backed by finance.”

There are several pivotal issues up for discussion.

The governments of lower-income countries spend on average 3 per cent of GDP on education — far below the level of richer nations and requiring top-ups from families. A group of influential experts and politicians this week called for annual education budgets in low- and lower-middle-income nations to double to $3tn. They seek a compact with donors for countries to invest at least 4 per cent of national income and 15 per cent of public spending.

The sums pledged are modest and plans for how money would be spent are blurred. With $2bn in initial support, Gordon Brown, the former UK prime minister, has launched the International Finance Facility for Education, a cheap loan programme backed by donors. Meanwhile, the World Bank has called for a greater focus on education in its low-cost international development assistance programme. And the Education Outcomes Fund has launched social impact bonds for education.

A focus on learning

While much attention has been placed on building schools, hiring teachers, and encouraging children to attend classes, that has often not translated into improved learning. Some of the biggest backers of the summit — including Unesco, Unicef and the World Bank — stress the need to tackle “foundational learning” to improve basic literacy and numeracy skills, giving children the building blocks to progress to secondary school study.

Approaches include “structured pedagogy” and “teaching at the right level”, with frequent “low stakes” tests to track students’ progress and adapt teaching in response. There are calls to overhaul curricula dominated by outdated, fact-heavy content, and to teach — where possible — in children’s maternal languages rather than the frequently used English and French.

There is strong evidence that “early years” pre-school education improves children’s ability to learn and stay in school. But current provision is limited and much is provided privately, paid for directly by families, which increases inequality.

Sexual and physical violence within school remain important concerns in many countries, while the absence of basic hygiene facilities and the continuing influence of lead poisoning have been highlighted as blocks on study.

There are growing calls for greater emphasis on the provision of free school meals — a policy as relevant in the UK as Malawi. It helps tackle poor nutrition, improves child health and cognitive development, and acts as an incentive for families to keep their children in school. Its role has been neglected partly because it falls outside the “silo” of education officials.

Investing in teaching training and support

Even the more thoughtful advocates of much-hyped “edtech” digital tools to assist learning argue that they should complement rather than replace teachers, who provide essential support including for children’s social-emotional learning and wellbeing.

Organisations such as globally focused Teach for All argue that investing in systems — notably by recruiting and supporting talented, committed people who often become future education leaders — brings far greater results than individual policies or programmes. Wendy Kopp, its co-founder, wrote recently of “the importance of developing leadership that is collective and focused on perhaps the most important purpose — developing today’s young people, holistically”.

There is a danger of imposing excessive targets that can be gamed, or can impose heavy administrative burdens, or place blame on individual students and teachers without the power to bring about reform. There is also a lack of co-ordination, management, and accountability to improve outcomes.

Randa Grob-Zakhary, the founder of Education.org, a non-profit group advising educators, argues: “We can do dramatically differently to make better use of what we have. We need accountability to use resources in an evidence-based way. There has been very little tracking of what’s been achieved.”

Jaime Saavedra, head of the education global practice at the World Bank, says: “It is a matter of money but it’s also having the right bureaucracies that spend that money well. The key thing at the summit is whether it generates commitments nationally. If countries are not focused on learning, outcomes, and extra resources in some cases, then there won’t be progress.” 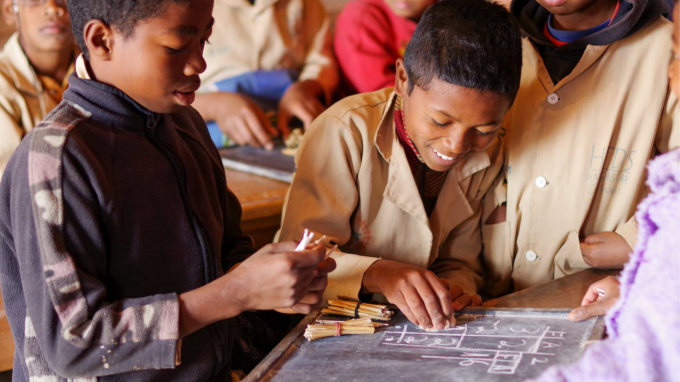