The inside story of how ETFs weathered the March 2020 storm

As markets went into Covid-19 shock in March 2020 everyone familiar with how exchange traded funds work braced themselves for bad news — but it never came.

There were alarming signs of stress — the prices of many corporate bond ETFs dropped significantly below the net asset value of their holdings sparking fears that investors would lose faith in the fund structure altogether and dump their holdings.

But even when liquidity had dried up in their underlying constituents, ETFs, with the notable exception of US Oil Fund (USO) and some leveraged products kept trading.

“The consistent theme in the early days of Covid is that we were all looking for a problem, but the problems were not cropping up,” said Matteo Andreetto, head of SPDR ETF Business, Emea, for State Street Global Advisors.

Now, when market participants are asked to remember what happened during those frantic days, a striking theme emerges — aside from their technical strength and massive central bank support led by the US Federal Reserve one of the most important factors that helped to ensure the ETF market kept working was clearly the people themselves.

“The business is built on personal relationships and that’s why it works,” said Reggie Browne, known as the godfather of ETFs who runs the ETF market making business for trading firm GTS.

At the New York Stock Exchange, level 1 circuit breakers, triggered when there is a 7 per cent decline in the S&P 500, activated four times in eight trading days between March 9 and March 18, halting trading for 15 minutes each time.

Douglas Yones, head of exchange traded products at NYSE, recalls a huge effort to ensure everything ran smoothly and to ensure participants were ready for the vast trading volume that would hit the markets as soon as the circuit breakers came off. “We were picking up the phone and calling every market maker and every liquidity provider saying: we are going to hit the circuit breakers, are you ready?”

The problem, as Dan Izzo, chief executive of market maker GHCO pointed out, was the potential flaw in how the ETF ecosystem works (see above), particularly for bond ETFs.

“As every AP was trying to redeem at the same time, the ETF providers had to restrict negotiation of the custom bond baskets to make sure they didn’t deviate from their index and that they treated everyone fairly. That meant that APs and market makers could get stuck with some bonds, illiquid at the time, that they were unable to trade out of as they redeemed the ETF shares.”

Yones said phone calls were also being made to ETF issuers asking them if they were changing their basket sizes and asking bond ETF providers what alterations they were making to their baskets.

Crucially, Yones explained, after years in the industry in a variety of roles, the people he was calling were essentially friends which meant they had established trust and an excellent understanding of each other.

Across the Atlantic at the London Stock Exchange things were equally stressful but again human intervention helped to keep things working.

“We spent a lot of time on the phone with our ETF issuers and market makers,” said Lida Eslami, head of business development for exchange traded products at the LSE.

By March 13, in response to growing concerns about volatility in the underlying markets, the LSE issued a notice confirming that bid-offer spreads quoted by market makers could widen to a maximum of 5 per cent on all fixed income ETFs.

Three days later a further notice confirmed that spreads could widen to 5 per cent on all exchange traded products.

The efforts were gratefully received. “I’ve never felt more cared for in my career,” said Izzo, who recalls being in constant contact with the LSE as well as major ETF providers.

At index provider FTSE Russell, Arne Staal, chief executive, said staff were in the process of preparing a major rebalancing when the pandemic hit and they had to try to do their jobs from “the kitchen table”. 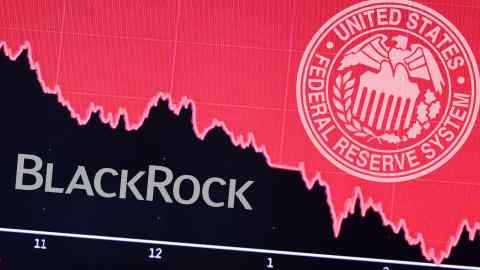 With $18tn linked to FTSE Russell indices of which $1tn is in ETFs, and markets plummeting the work was particularly stressful.

“We had to assess whether rebalancing would exacerbate the market turmoil,” Staal said adding that there was continuous dialogue and late night phone calls with all the major parties including regulators, banks and large asset managers.

“You reached the point where you just had to make a decision.” said Staal. In the end FTSE Russell went ahead with its equities indices rebalancing, but after careful consideration decided to postpone rebalancing of its fixed income range.

Some in the industry insist that the technology supporting ETFs trading was still crucial.

“You need to be prepared for the unknown, which means building systems that can cope with a 100-fold increase in trades,” said Dennis Dijkstra, chief executive of Flow Traders.

However, Glenn Havlicek, chief executive and co-founder of GLMX and former head of global liquidity management for JPMorgan said that while “efficiency in transactions” was crucial that “a lot of stuff goes on behind the scenes”.

For example, Stefan Kaba-Ferreiro, head of trading with GHCO, said some ETF providers helped by selling some of the bonds on behalf of the AP, thus delivering, at redemption, a basket of bonds and cash from the sale, instead of just bonds.

ETF HubLatest news on ETFs
What are authorised participants? 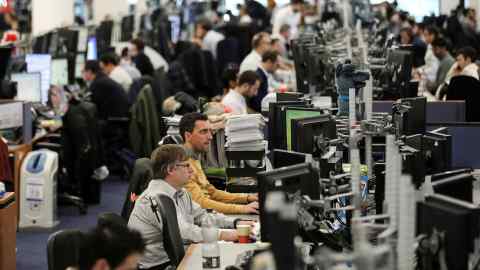 So what did ensure the success of ETFs in March 2020? Some, like Kaba-Ferreiro, continue to argue that it was the Fed, rather than the technical strength of the wrapper, that made the difference. “I found it very interesting because everyone heralded the success of ETFs in that period,” he said, but added that there had been unprecedented government policy intervention. “We didn’t really get to test the product,” he said.

But even if Kaba-Ferreiro is right about the Fed’s importance, as Havlicek pointed out, even that decision was not automated. “At the end of the day, it was a human decision,” he said.

That human factor might seem unsettling to some, but industry veterans insist that it helps to explain ETFs’ resilience.

“The fact that [some of what happens in the primary market] is discretionary could be viewed as scary by some investors,” said Tony Kelly, co-founder of BondBloxx and an industry veteran whose 20 years in the ETF business has included service with Goldman Sachs, BlackRock and BGI.

However, he maintained the ETF ecosystem was part of its strength.

“It’s a unique structure in that even as participants in the primary market are acting in their own self-interest it is actually to the betterment of the little guy.”