Why I switched to solar time

We spend an average of 22 hours a day inside. Our bodies need repowering

Late winter in Andalucía and, as the sun creeps through the shutters, I wake and my day begins. No alarm. I amble to a dawn kitchen and begin the lengthy process of making coffee on a small stove. In a couple of hours, I may be able to charge my phone – or reconnect the fridge, which ran out of power yesterday. But only if it’s a clear, sunny day.

A few months ago, my husband and I, along with our two dogs, left our centrally heated London flat to spend winter in a recently built but unfinished eco-cabin in the Spanish hills, existing day to day with the sun as a guiding force.

This lifestyle may be an alien concept for anyone who, like me, has spent years living in a big city, but look back through history and it’s difficult to find a culture that hasn’t engaged in some form of sun obeisance. The Jewish Shabbat, or rest day, is defined by the sun’s cycle, beginning on Friday at sunset and ending on Saturday at nightfall. Emperors of the Incas were believed to be the sons of their ancient sun god, Inti, who was worshipped across the empire. In Norse paganism, the goddess Sol was seen as a symbol of energy, warmth, joy and motivation.

By contrast, modern-day technology means that many of us have lost touch with our physical, emotional and cultural relationship to the sun – and it is weighing on our health. A recent study of 400,000 UK participants by Monash University found that lack of exposure to natural daylight was a significant risk factor for depression, low moods and insomnia.

Less than a 10-minute drive from the sea, our home is in one of the world’s windiest meccas for kitesurfing. Our neighbours are goats, horses, donkeys and pigs, and the cabin relies solely on the sun to charge our old, inefficient solar batteries. Water comes from the mountains.

I had notions of off-grid life being rather romantic. Yet in the early weeks here, our outside water pipes leaked so much that we had to keep them turned off, trekking across the garden to switch them back on every time we needed to run a tap or flush the loo. For longer still, we had no hot water. We use a camping kettle to heat water on a stove that has a habit of erupting into enormous flames. I wash clothes and dishes by hand.

Nine weeks into my great escape and I’ve experienced a change in perspective. There are the obvious things: as my screen time has plummeted with no power after dark, my step count has soared. I sleep better. My non-working hours are filled with kitesurfing, fixing things in the house and the endless sweeping that’s required while living in a place that’s sandy, windy and shared with two dogs.

This May sees ultra-endurance athlete Tony Riddle publish Be More Human (Penguin Life), a guide to escaping the city’s bright lights and late nights. “We have normalised spending a whopping 21.76 hours of our day inside. Yet when it comes to our wellbeing, sunlight is no different to movement, food and quality sleep,” says Riddle, who runs immersive nature retreats for city dwellers wanting to discover the benefits of a slower, more outdoorsy lifestyle.

The health benefits of sleeping earlier, undistracted by artificial lights and screens, are evident. But it goes further than that. The change in my relationship with time has proven transformative. Nothing happens quickly here, far less at the tap of an app. So without the fidgety impatience of city life, I’ve been forced to slow down. Moving slower has had the unexpected result of opening up aeons of time, not to mention energy – to work, to sit in the sun, to read.

Few of us are able to revert long-term to living like Victorians, far less cavemen. That said, a number of eco- friendly, solar-led retreats are emerging, offering a place to re-establish a connection with our natural light/dark cycle. 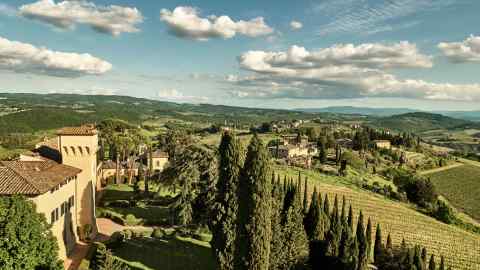 Granted, not everyone can just up sticks. But it is possible to reap some of the advantages of a slower life when you’re in the city too. One weekend a month, try arming yourself with battery-powered lamps or candles and shutting everything down before sunset. Time will open up like an enormous gaping hole. It can feel horribly uncomfortable at first but stick with it. And before the sun sets, try and get outside as much as possible. “In 2013, researchers from the University of Exeter Medical School analysed mental-health data from 10,000 city dwellers and found that people moving to greener urban areas reported improvements in mental health,” says Riddle.

This is not to say that escaping to somewhere remote and off-grid is a silver bullet. I woke one morning after an extended period of drizzle to discover there was no power, no coffee and no clean knickers – I could happily have got on the first plane home. But there are moments. The stillness of morning when a blazing pink sun rises over the mountains; evenings spent playing cards by candlelight. In no longer racing to get everything done, I feel like I’ve come up for air.

Here, the sun holds all the keys. Even with the recent development of hot showers and a functioning oven, I’m conscious that I never want convenience to override the richer kind of life we’ve discovered. Once back in London, I’ve resolved – whatever the weather – to wear as many coats as is necessary to spend a few hours working outside each day. 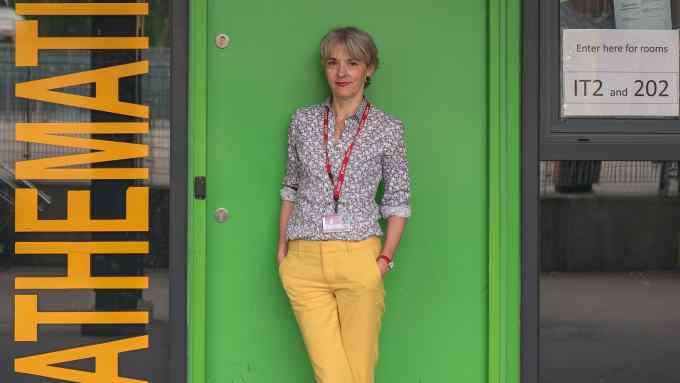