Why blaming your staff publicly is always a cheap shot

Except on the tennis court, Novak Djokovic really does not do himself any favours. On January 12, when he was still fighting his eventual deportation, the player posted a statement on Instagram chronicling his messy odyssey from a positive Covid test in mid-December to the Australian Open.

Explaining why his travel declaration was challenged by immigration officials, he wrote: “This was submitted by my support team on my behalf . . . and my agent sincerely apologises for the administrative mistake in ticking the incorrect box.”

Novak, Novak, Novak. I am afraid your statement puts you at or near the top of the world ranking of blame-shifters. For there are few leadership moves more likely to make someone look like an “arsehole”, to quote the Australian television presenters who were caught attacking Djokovic off-air, than publicly blaming your staff.

Other weaselly gambits are available, of course, when things go wrong. They include allowing the people around you to take the fall, sometimes lampooned as “deputy heads will roll”. Or hiding behind endless reviews and inquiries in the hope that critics become bored. As Boris Johnson’s UK premiership slides into accusation and counteraccusation over lockdown parties, both techniques have been used.

Blame-shifting itself can also take many forms, all of which can be seen in the corporate world. 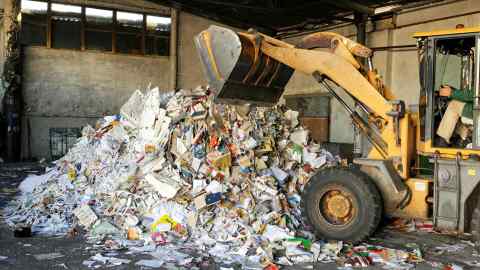 It was graceless and tacky, for example, when a Tesco executive at first blamed suppliers for allowing horsemeat into the supermarket’s burger supply chain in 2013. It is tactless, and bad business, to blame customers, as Lululemon’s founder did in the same year, when, in response to quality complaints, he suggested big-thighed women really should not be wearing the brand’s yoga pants.

Public staff-shaming, however, outranks these two genres. It is a misuse of authority. It also undermines the shamer, by exposing their unwillingness to take overall responsibility for tasks they delegated to their team. Djokovic is a busy man. Like any leader of an organisation, he relies on staff to help him. But while his agent ticked the wrong box, it was almost certainly the player who eventually signed the visa papers. Next time the tax authorities question the return prepared for you by your accountant, try sending them a non-apology on Instagram and see how that goes.

A leader who openly blames staff also destroys trust within the team — and not just with his or her team members. In fact, blame can be as viral as the Omicron variant.

Nathanael Fast and Larissa Tiedens ran experiments for a study published in the Journal of Experimental Social Psychology in 2009. They found that after participants observed someone blaming others, they were more likely to start trying to shift blame for their own mistakes. They called this “blame contagion”.

The main reason not to foster a blame culture, though, is that it makes it harder for teams to learn from their mistakes. An organisation where individuals live in fear of being outed for their errors is destined to repeat its failures, as everyone engages in what the research calls “self-image protection” at the expense of open problem-solving.

Air crash investigators worked this out years ago, moving away from a “blame culture”, in which pilots were reluctant to own up to even small “honest errors”.

A “no-blame” culture would have been equally damaging, by encouraging complacency and resentment. Instead, aviation encouraged a “just culture” that makes it easier to root out the causes of disasters and near-misses, while distinguishing between acceptable and unacceptable, or reckless, mistakes. In a nice coincidence, Chesley “Sully” Sullenberger, captain of the stricken jet that successfully landed in the Hudson River in 2009, was carrying in his luggage that day a copy of Just Culture: Balancing Safety and Accountability, a book by safety expert Sidney Dekker.

Clearing blame from politics may be a futile quest. As Boris Johnson commented, trying to shield himself from the shellacking of MPs last week, the leader of the opposition is “paid to try to remove me from office”. Even there, though, some true accountability would be welcome.

In business, however, as in elite sport, the goal is to improve. Fast and Tiedens cite baseball manager Ted Williams, who inoculated his players against blame contagion by “doling out praise for a job well done in front of others while offering harsh critiques behind closed doors”. Resist the temptation to blame staff publicly. Instead of asking “who screwed up?”, consider what went wrong and how to avoid it happening again.

​Letter in response to this column: