The top US consumer finance regulator has warned that Big Tech’s entry into the buy now, pay later lending business risks undermining competition in the nascent sector and raises questions about the use of customer data.

In a warning shot to Silicon Valley following Apple’s decision to launch its own BNPL service, Rohit Chopra, director of the Consumer Financial Protection Bureau, said his agency would “have to take a very careful look [at] the implications of Big Tech entering this space”.

Among the issues the agency would consider was “whether it may actually reduce competition and innovation in the market”, Chopra said in an interview.

In response to a question about the Apple launch, Chopra said Big Tech’s entry into short-term lending “raises a host of issues”, including how companies would use customer data. “Is it being combined with browsing history, geolocation history, health data, other apps?”

The iPhone maker last month became the first and so far only large tech company to launch a BNPL product in the US. Branded Apple Pay Later, it allows users of its devices to pay for purchases in four instalments over six weeks without interest or fees. The service is available via Mastercard’s network online or in apps that accept Apple Pay.

It marked another push by the Silicon Valley company into financial services following products such as Apple Card, a credit card for US customers launched with Goldman Sachs and Mastercard. But unlike previous lending services, which were offered in conjunction with banking partners, Apple will underwrite and fund the short-term loans.

Apple said: “We’re glad to offer customers a choice which prioritises their financial health and privacy with Apple Pay Later, and we look forward to working with the CFPB to answer any questions they may have.”

Chopra said the entry of Big Tech into BNPL raised questions about whether other players would be able to compete and whether merchants could choose if they offered instalment plans or not.

“Big Tech’s ambitions when it comes to buy now, pay later are inextricably linked to the desire to dominate the digital wallet,” Chopra added.

In October, the CFPB ordered Amazon, Apple, Facebook, Google, PayPal and Square to provide information on their payment systems, including how the companies collect and use customer data.

“Any tech giant that has a lot of control over a mobile operating system is going to have unique advantages to exploit data and ecommerce more broadly,” Chopra said.

Companies with payment networks integrated into mobile operating systems or via pre-installed apps will keep pushing into financial services “to gain even deeper insights on consumer behaviour”, he predicted.

Chopra said he was wary of the payments landscape that has taken shape in China, where Alipay and WeChat Pay dominate with 2bn combined users.

“I generally worry that we are lurching toward that type of system,” he said. Payment services connected to broader tech platforms allow parent companies to “intrusively” gain an “extraordinary window” into consumer behaviour, he added.

Chopra warned that the US tradition of separating banking and commerce was “becoming murkier and murkier” as Big Tech wades further into financial services.

Even before Apple’s entry, the BNPL sector had drawn scrutiny from Chopra’s agency. It boomed during the coronavirus pandemic, raising concerns over consumer protection, credit reporting and indebtedness. The industry’s blistering growth rate has since slowed in line with a softening of the pandemic-era boom in sales of goods.

“In order to have real visibility into the state of household balance sheets, we can’t just look at credit card debt or auto loan debt,” Chopra said. “We’ve got to now look at buy now, pay later debt as well.” 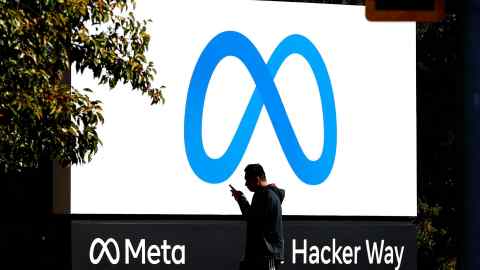 It will publish an initial report in the autumn with findings on usage and demographics as well as “potential next steps from a regulatory perspective”, Chopra said.

Chopra was appointed to lead the CFPB in September and is part of a group of progressive officials picked by President Joe Biden for top financial regulatory roles. An ardent consumer champion and strong critic of Big Tech during his time at the Federal Trade Commission, he has tried to reboot an agency that was sidelined during Donald Trump’s presidency.

Chopra’s tougher stance on enforcement and rulemaking has ruffled feathers in corporate America, with the US Chamber of Commerce last month launching a media and video campaign against him arguing he was “skirting the agency’s legal authority”.

A CFPB spokesperson said in a statement: “Scare tactics orchestrated by lobbyists for Big Tech and Wall Street won’t deter the work of the CFPB to enforce the law.”