When a student at the University of Worcester in central England disappeared from campus last year and was later found drowned, Ross Renton was up late into the night dealing with distressed relatives and the police. His only comfort came from “little messages and calls from colleagues in the sector”.

The incident brought back memories for the pro-vice-chancellor for students. Even before he took on that role, he was becoming sensitised to the importance of faculty mental health. “I realised that the more senior you became in an institution, the less support was available to you,” he says.

A rise in suicides and stress for students in higher education have attracted attention in recent years. Far less has been paid, though, to the health of the academics and other employees on campus who deal with students every day and are pivotal in their wellbeing.

“There is little point in being exceptional in your response to students if there is little or no support for staff,” says Renton. “If you are happy and content in the workplace, it comes across. There is not a lot of work done on who looks after the staff.”

He has put in place a staff mental health network, provided information and support, and launched “Fancy a cuppa?” events to encourage informal conversations. “We do a lot of signalling to show it is OK to talk about mental health, to seek support and to not be OK,” he says. He even invited a consultant to lead a mindfulness session at the start of a governors’ meeting.

Dominique Thompson is a former student health doctor with a special interest in mental health who now runs Buzz Consulting, an advisory service on the subject. “More than ever before, I am being asked about staff wellbeing,” she says. “There is a lot of concern from academics.”

One important challenge is how staff cope with the surge in student problems while being inadequately trained or supported themselves. “They are being asked to help the mental health of students when they are not being supported themselves,” says Thompson. “If you are feeling stressed, it is very hard to care for others. You are not able to pour from an empty jug.”

She says the current generation of students “has low self-esteem and expects counselling”, placing additional pressure on staff. She advises that academics “are not the fourth emergency service” and need to be able to turn off their email in evenings and weekends while leaving clear indications of where those seeking out-of-hours support can go.

In more severe cases, staff have to handle prevention and “postvention” in the aftermath of student suicides. “The ripple effects on those who discover the incident and have to support the cohort of their friends is enormous,” says Renton. He stresses the importance of support not just for faculty but other staff such as security guards and cleaners who may be the first to come across cases of self-harm.

Aside from interactions with students, there are far wider tensions for those in academia, reflecting the shifting pressures of their work in recent years. “There is disproportionately high stress in the education sector,” says Sinéad Mc Brearty, chief executive of the Education Support Partnership, an advisory service for teachers.

She points to the “marketisation” of universities and colleges, as “the social purpose of education clashes with economic reality”. Alongside any personal and professional problems in their lives, staff now face increasing concerns over “poor leadership, loss of collegiality, isolation, workload, bullying and harassment”, she says.

One reason is the emergence of students as vocal “consumers” — sometimes backed up by their parents — who expect good teaching and high grades. Educational institutions must now face the threat of negative reviews that can reduce demand for places and invite regulatory scrutiny. Similar pressure to increase funding and research impact is also on the rise.

“It is quite a lonely job being an academic. You are competing for research funding and recognition, and you can be very vulnerable if your work is publicly criticised,” says Sir Anthony Seldon, vice-chancellor of the University of Buckingham in southern England. “A bad review can be terrible, and teaching is often quite lonely too.”

Seldon’s own experiences, and those of teachers and students he came across in his work in schools and universities, motivated him to found Action for Happiness, and he is now president of the International Positive Education Network, both of which help support mindfulness and resilience.

It is quite lonely being an academic. You can be very vulnerable if your work is publicly criticised

“It is not just about being open,” he says. “That is necessary but not sufficient. All universities need to do a lot more to help academics and give them the information to help them manage their own lives better. By being engaged, they will also help their students more. If they are stressed, they are not going to be present for them and will not be modelling good psychosocial behaviours.”

Sue Rigby, vice-chancellor of Bath Spa University in the south of England, says many universities “are struggling to compete against a moving target, so giving staff certainty and security is hard to do”. Diminished resources and a fall in pay have resulted in “a feeling that the unwritten contact between an academic and an employer has been altered and it is no wonder people are stressed”.

Rigby is finalising a new strategy to be launched in January, but says she sees the importance of regular discussions with staff. “I know things are not going to get easier any time soon, so we need to reframe expectations and negotiate change,” she says.

Explore the Special Report
READ MOREHealth at Work
Time for a change: helping women through menopause 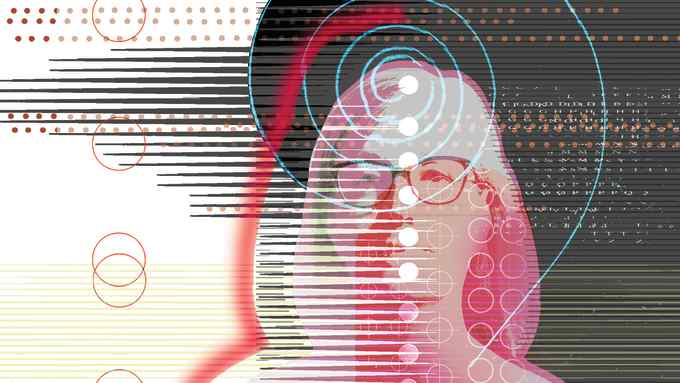