Global net inflows into gold ETPs rose fivefold month-on-month to $11.3bn in March, according to data from BlackRock, eclipsing the previous peak of $9.4bn in July 2020. The surge in buying helped push the gold price to within a whisker of its all-time high in early March, although it has since eased back.

In contrast, a shortlived bout of enthusiasm for European equities has been obliterated by the conflict. Outflows from European stock funds listed in the Emea region hit an all-time high of $5.5bn in March — unwinding virtually all of the $6.1bn of inflows witnessed in January, which had been the strongest burst of buying in the region since 2015.

“We have now had eight consecutive weeks of European equity selling, the longest period since October 2020,” said Karim Chedid, head of investment strategy for BlackRock’s iShares arm in the Emea region.

Chedid said European equity exchange traded funds had benefited from a “reflation rally” in 2021 that carried over to the start of this year, in the belief that the region’s economy was set for strong post-pandemic growth.

However, given the continent’s proximity to the war in Ukraine and the impact of surging energy and food inflation, Chedid said investors had “capitulated on their European exposure”.

“Europe is at a bigger risk of stagflation than other developed markets regions. It is more vulnerable to the energy shock,” Chedid said.

While weaker growth and high inflation is “starting to be in the price” of European equities, he said “we need to see a peak in inflation so that investors can know what they are dealing with. Before we reach that peak it’s hard to see sentiment significantly turning around in Europe.”

Overall, though, the BlackRock data do not point to any significant de-risking in equities, but rather a change in the mix of what ETF investors are buying.

Total flows into equity funds came in at $74.8bn in March, a fraction below February’s $76.1bn. Within that total “moves towards US equities continue to gather pace”, Chedid said.

“The FTSE 100 is the only developed market country index that is up on the year [by 2.5 per cent],” Chedid said. “This is driven by its tilt towards cyclicals, especially energy stocks,” with valuations “now looking even more attractive than at the beginning of the year”, as earnings upgrades have outpaced returns.

Globally, financial sector ETFs “appear to have been indiscriminately punished in this round of market volatility”, Chedid said. Net outflows hit a record $7bn in March, following record net monthly inflows of $11bn in January.

He pointed the finger at flattening yield curves, which reduce banks’ net interest margins, alongside fears about exposure to Russia and the fallout from sanctions.

“These fears have proven to be overblown. Exposures are broadly manageable, not systemic, so there is room for more catch up for European banks,” Chedid argued.

While energy ETFs have been in demand, technology bounced back to being the most popular sector, with net inflows of $4.9bn, following three months of tepid demand.

“The US earnings season starts next Friday and investors are repositioning,” Chedid said. “The expectation is that tech will come out well.”

In the fixed income world, rising consumer prices helped flows to European inflation-linked bond ETFs to hit a record $500mn in March, while in the US Treasury inflation-protected securities funds took in $3bn, the first positive reading for three months.

The biggest winner from mounting inflation fears appears to be the old stalwart of gold, however, with unprecedented inflows to ETPs. Total assets are now just 1.8 per cent below the all-time high recorded in October 2020, according to the World Gold Council.

“We can see a structural upturn in terms of uptake of gold ETPs,” Chedid said. “It’s not hugely surprising,” given the metal’s reputation as a haven during times of heightened political risk and its historic role as an inflation hedge.

“In a muted inflation regime it’s not that well correlated with inflation linkers, it only is when inflation is above 7 per cent,” he added. “But that’s where we are at the moment, so it makes sense to see investors double down on it.” 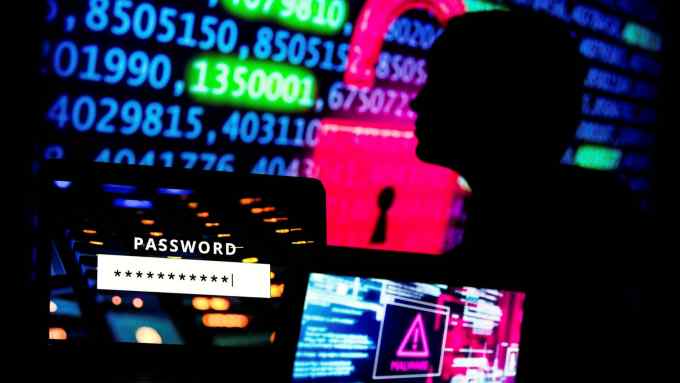