Learning from market bubbles past

Equity rallies can run and run before a reckoning, killing careers of sceptical investors
Robert Buckland

This article is part of the FT’s Runaway Markets series.

The writer is chief global equity strategist at Citigroup

Back in the late 1990s bull market, one value investor gave us an unbeatable definition of a bubble: “Something I get fired for not owning”. I should probably end this column there. But I will persevere.

Google search trends for “stock market bubble” are at their highest since 2004. I’m not sure what to make of that, because the markets kept rising afterwards. Few were googling the phrase back in 2007, before a 60 per cent drop in global equities.

What I do know is that stock markets have defied the direction of fundamentals over the past 12 months. It looks like global listed company earnings fell by about 15 per cent in 2020, a long way below the 10 per cent increase predicted at the start of the year. Despite that big profit miss, the MSCI World benchmark is up 18 per cent. The tech-heavy Nasdaq is up 51 per cent. It’s almost as if the pandemic never happened.

Many, including us, have been surprised by the strength of the market rebound. Such gravity-defying performance is widely attributed to the influence of central banks. The announcement of a likely $5tn of global annual asset purchases, almost three times previous peaks, turned financial markets around last March. But, in seeking to minimise the impact of the pandemic, are central banks helping to inflate a new generation of equity bubbles?

To help answer this question, we revisited three notorious stock market bubbles of the past 40 years — Japan in the late 1980s; Nasdaq/S&P in the late 1990s; emerging markets in 2007. On average, the associated equity indices almost tripled in the three years up to the peak and then at least halved in the two years afterwards. Fund managers who didn’t own them got fired on the way up. Those that did own them got fired on the way down. This job was never meant to be easy.

One big difference with our past bubbles is that fixed income offered a more obvious alternative when stock markets started to crack. Government bonds yielded 5-6 per cent, not the present 0-1 per cent. Maybe it’s fixed income that is now in a bubble. However, central banks remain committed to locking in low bond yields, that’s the whole point of their support programmes, known as quantitative easing. Equity markets may drop when they dial down asset purchases or lose control of the surprisingly docile fixed income markets. But that moment could still be some way off.

We would never advise anybody to chase a bubble. It could burst at any time. But if valuations were to hit previous highs, then headline US equity indices could rise another 50-100 per cent. And that’s just looking at absolute valuations. If we measure against bond yields, then even the Nasdaq looks cheap.

The lesson is that equity bubbles are not delicate creatures. They don’t burst on the first hint of tightening from central banks. Instead, they are runaway trains that misallocate capital, distort the asset management industry and end investment careers. They take some stopping. Fund managers inclined to fight emergent bubbles should take note. Are your clients willing to wait long enough for you to get it right?

For all these reasons, we are wary of making the fashionable “this crazy bubble will burst soon” call. Sure, we recently reduced our exposure to the bubblier parts of the global equity market, such as the US, but we have not moved wholesale to an underweight rating. We’ve stopped dancing, we are standing closer to the door, but we haven’t left the party yet. Of the least bubbly equity markets, our favourite is now the UK which trades on its cheapest valuation relative to gilts for 100 years.

And what about that value investor? He lost his job in 2000, right at the top.

Get alerts on Market bubbles when a new story is published 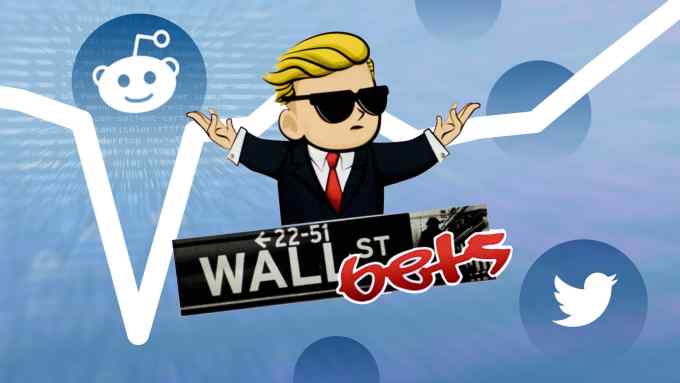