Six stubborn myths about equal pay between men and women

‘Female colleagues do not ask for a rise’, and other persistent misunderstandings
Sam Smethers

Legislation to mandate pay equality for women and men is decades old in countries including Iceland, the US and the UK, which marks 50 years since its Equal Pay Act this year. Yet misunderstandings persist, leading to myths that need repeated debunking.

1 What is the difference between the gender pay gap and unequal pay?

The gender pay gap is the difference in average hourly rates of pay between women and men. It can be calculated as a median or mean average figure and on full-time or part-time hourly pay. The gender pay gap reflects: the fact that women are under-represented in senior, better paid jobs and over-represented in low-paid work; they do the majority of unpaid care work so they tend to work fewer hours for some of their career, which undermines career progress; they are concentrated in lower paid sectors while men dominate higher paid sectors; and, in some cases they are paid less for doing the same or similar work as a man.

Because the gender pay gap is an average figure it cannot tell you if pay discrimination between individuals is happening. This — unequal pay — is where women and men are paid differently yet they do the same job (“equal work”), a job rated as equivalent, or work of equal value.

An organisation can have a small gender pay gap, but that may disguise pay discrimination between some women and men doing similar jobs.

2 Surely women and men are paid the same for the same job these days?

We know from dozens of women using the Fawcett Society’s equal pay advice service, and from high-profile equal-pay victories, such as presenter Samira Ahmed’s against the BBC, that pay discrimination is much more common than you might think.

The majority of cases the Fawcett service sees concern the “equal work” type. Women often do not know what male colleagues are paid and are not in a position to challenge pay inequality. Talking about pay at work is still a taboo, or discouraged in employment contracts (which is unenforceable in the UK). That is why Fawcett is calling for the “right to know” to give an individual an enforceable right to know what a colleague is earning if they suspect unequal pay.

It is important to recognise, however, that different rates of pay are not always down to discrimination. UK law, for example, says it is possible to pay women and men differently but there must be an objective justification such as level of responsibility or particular skills or expertise needed.

3 How can two completely different jobs be valued equally?

When we attribute a salary to a role we are making a statement about value. Sometimes that is determined by what we perceive to be the going rate, historical factors, or where a role features within a pay band or on a particular point on a pay scale.

But we often fail to question why one role, when dominated by women, should be paid less than another, when dominated by men. Then, when challenged, it does not hold up to scrutiny. This is why, in the Glasgow City Council equal pay case, care workers and nursery workers were successful last year in claiming equal pay with refuse collectors.

4 Women are not undervalued, they just choose to work in lower paid jobs

Research shows that where women move into male-dominated sectors, the pay falls. This suggests it is women themselves who are undervalued rather than the role.

In addition, unpaid care and domestic work are still overwhelmingly done by women, so paid jobs that resemble those roles are similarly undervalued. Women often reduce their hours to combine paid work with caring, whether for children or adults.

Because part-time work is often lower paid, women are trading down their earning power and often working below their skill levels — which affects the development of their careers.

5 The pay gap is a myth: it is all about women’s choices

The pay gap is real and is the result of structural inequality. It represents a productivity gap because it reflects an underuse of women’s skills and expertise. Girls outperform boys in education but this does not translate into the labour market in the earning power of female-dominated roles nor in terms of them fulfilling their potential through career progression.

Evidence suggests that women, particularly younger women, are as likely as men to ask for more pay, but more likely to be turned down. He is thrusting and ambitious, she is pushy and annoying. It all comes down to gender stereotypes that we are exposed to throughout our lives and the roles we are all conditioned to play.

The writer is chief executive of the UK’s Fawcett Society

Explore the Special Report
READ MOREWomen in Business
‘You haven’t earned your right to be here’: Women in construction need on-site experience 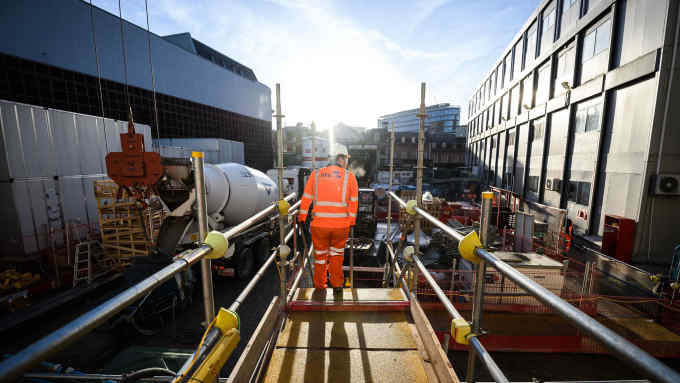