At a “catch and release” aquarium in Tobermory, a small port on the Scottish island of Mull, staff have become used to taking delivery of some unusual specimens from the fishermen who supply it with fish for temporary display.

Recently, these included a grey triggerfish, an exotic-looking species that can grow to 60cm and is normally found in the Mediterranean, near Nova Scotia and Argentina, and even Angola.

The triggerfish was the third example of the species that the Mull Aquarium had displayed since its first captive example in 2015, suggesting the fish is being driven northwards, as some marine scientists believe, by ocean warming caused by climate change.

Grace Lambert, aquarium manager, agrees that climate change is a likely factor, pointing also to an increase in stormy weather off the shores of Mull in the past five years — which she says may be contributing to the movement of species that are not native to Scotland.

But she adds that, without more ocean monitoring, it is hard to be sure: “Not enough records are being kept of what’s being caught commercially so we don’t know whether climate change is having an effect on species like crab and lobster, because there’s a lack of data.”

Gathering data through regular monitoring is an increasing concern for climate scientists and marine biologists, globally, as the links between the ocean and climate change become clearer.

According to the UN, the ocean is absorbing about a quarter of all carbon dioxide emissions, and about 90 per cent of the excess heat generated by these emissions.

The ocean has also become more acidic because of increased levels of atmospheric carbon dioxide, threatening the coral reefs on which many fish and other species rely.

However, ocean monitoring is neither sufficiently widespread nor resourced to be carried out on the scale required to properly assess the ongoing impact of climate change on the oceans, marine scientists admit.

In Scotland, the Scottish Association for Marine Science operates a robotic underwater vehicle known as a “glider” that regularly shuttles between the Hebrides and Iceland over six-month periods, collecting data on the ocean to a depth of 1,000 metres.

But, with only one in operation, there are obvious limits to what it can do, says Nicholas Owens, director of Sams, based in the Scottish coastal town of Oban. “These measurements are crucial to understanding if the ocean currents off Scotland are changing in the face of climate change. But we really need a fleet of such instruments if we are to provide sufficient data,” he says.

Data collection capacity in parts of Africa, a continent ravaged by climate change effects, is in a much worse state.

The Gulf of Guinea, off the coast of Nigeria, contains one of the largest sources of fish off Africa, supporting millions who live along the region’s coastline. It is also rich in marine biodiversity. But, below a depth of 1,000 metres, very little information exists on factors as basic as temperature, salinity and nutrient richness.

We desperately need to up our game on [marine] observation, particularly in developing countries,

So marine scientists from five African countries around the gulf have been working, since 2020, on a project to build a “regional oceanographic databank” for the analysis of ocean and climate conditions in the area.

The work is taking place under the auspices of the Partnership for Observation of the Global Ocean, a UK-based organisation founded in 1999 by oceanographic institutions around the world as a platform for boosting ocean monitoring. “We desperately need to up our game on [marine] observation, particularly in developing countries,” says Owens, who also chairs Pogo.

Nubi Olubunmi Ayoola, assistant director at the Nigerian Institute for Oceanography and Marine Research and project leader for the Pogo Gulf of Guinea project, says collaboration is vital to ensure “adequate and more frequent research”, and because the equipment required is “insufficient and expensive”.

He adds that efforts so far to create awareness among coastal communities about the impact of climate change on marine resources need to be intensified.

One of the project’s aims is to develop a monitoring network to produce data over the long term. The National Oceanic and Atmospheric Administration, the US federal agency that monitors oceanic conditions, says the value of long-term monitoring is only now starting to be fully recognised as work that began decades ago starts to shed light on trends.

One example is an oceanographic survey known as Newport Line, conducted over more than 20 years off the coast of Oregon, which recently helped NOAA see that a surge in “marine heatwaves” near the west coast of the US is expected to become more common with further climate change.

“It’s only because this monitoring began decades ago that we now realise the scale and speed of how the ocean is changing,” says Elliott Hazen, research ecologist at NOAA in California. “Even if we have successful models predicting where species’ locations change over time, new data are critical to make sure the models are predicting accurately as conditions shift.” 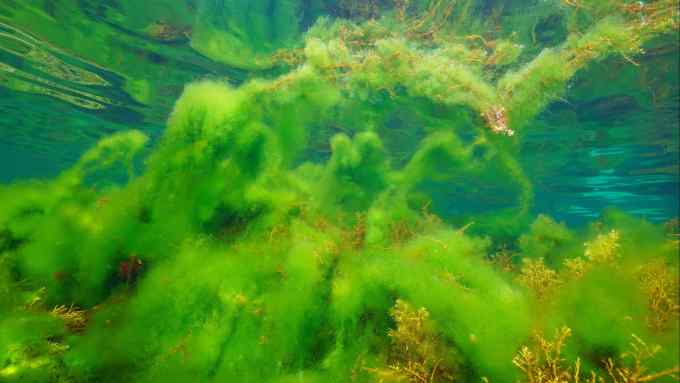